Here comes winter again. Last week we were out of power for four days here in Central Virginia. 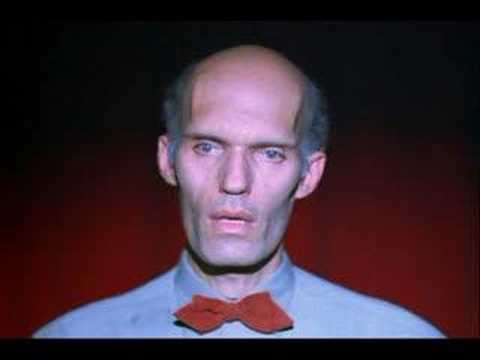 So it looks like a foot of snow, ice and wind. This time work is going to hole me up in a hotel so I can help staff the grocery store for 12 to 14 hours a day. Panic buying is already occurring and there are major product shortages. Oh, and then there is the large number of staff (and probably customers) with Omicron Covid.

My wife is going to be stuck home with our dog and probably the neighbor’s dog as well. She is going to be getting all the snow off the deck as well as taking care of power outage and downed tree issues.

This winter is awful.

Yes the names are dumb but that is neither here nor there. The name I have for this storm is much worse than “Izzy.”

I get to spend my 61th birthday Monday working a probable 14 hours, staying in a cheap hotel and worrying about my wife.

They’re good for ratings, so at least they work as designed and intended by making money off the misery of the masses

Mid NC here. Expecting 4-8 inches of snow. With some sleet and freezing rain thrown in. Wife works til 10:30 Saturday night, so right about when it is supposed to hit. She stocked our shelves with groceries on Tuesday. We know when a storm comes through, the shelves empty out early. But for us, it is pretty much normal grocery buying, just a day or so early. We are a bit worried about losing power. Hopefully, we will only get snow and keep our power. Good luck to those just a bit south of us. Could be a long week.

Anyway, I’ve read recently that the reason they keep ballsing up the forecasts during the pandemic is because they rely heavily on data from commercial flights, which are erratic lately. I don’t know if that’s true, but over the last 2 years I can’t think of many storm forecasts that haven’t been repeatedly revised, and often still wrong. I’d like to hope this one’s two-day-out forecast is correct because it’s been downgraded from 4-10" to 1-2" and I hate snow.

This could explain why Harris Teeter was out of distilled water when I went shopping Thursday. Other than that I’m stocked up on food so as long as my power doesn’t go out I should be good.

My store looked like it had been looted last night. No produce. No milk. No meat. No bottled water. No paper towels or bath tissue.

At least there was still beer.

South Carolina here, but very south, near the GA border. It’s rainy and windy, and right on the cusp of freeze/no freeze. I think we’ve escaped with just a minor nuisance factor, but Columbia and above is in for a rough, icy day I’m afraid.

6-12 inches expected in Montreal on Monday. It will be a minor nuisance, but it’s unlikely that anything will close (some “snowflake” areas may decide to close schools). Road salt will have little effect if temperatures remain below -10 C (+14 F).

I think this is the most snow I’ve had in at least 10 years. Granted, it is maybe 3 inches, but it is a relative thing.

It’s not looking like a lot of snow in the DC area, but we may get some ice after the snow moves on. My wife and son had their original flight to LA cancelled, so they had to change it yesterday. They ended up flying out at 8 this morning, and are well on their way.

Over the last 2 weeks, I’ve gone to 3 different groceries and a CVS trying (and failing) to get distilled water. The 4th grocery store had just gotten a shipment in within the last few days and yes, I bought more than one. Well, normally I buy more than one, anyway.

My store has put me up in a hotel. Just me and two others were working tonight. Everyone else called out. Lots of people still coming in to shop though. They tell you to stay off the unsafe roads, but when you need chips and beer, what are people to do?

No produce to speak of, meat department depleted. Eggs, milks, bread… you are kidding, right? Our product comes out of North Carolina, and it is even worse there than here so restocking will not happen until at least Tuesday.

I do not understand the mentality of extra buying when supply is limited. If everyone got just what they needed until midweek, supplies would have stretched much farther.

I think this is the most snow I’ve had in at least 10 years. Granted, it is maybe 3 inches, but it is a relative thing

Where do you live? In a decade or so my brother, sister-in-law, and I all aspire to live somewhere during the winter where 3 inches is “a lot” of snow for the area.

Where do you live? In a decade or so my brother, sister-in-law, and I all aspire to live somewhere during the winter where 3 inches is “a lot” of snow for the area.

Report from the Finger Lakes area of New York (no, it is not near The City): it’s snowing out there like it means it, for the first time in quite a while.

I had done what was planned to be a once-in-three-weeks shopping just this past Tuesday. I didn’t do any more shopping. I did bring a lot of firewood into the house, and made sure all the battery things are charged (the desktop on which I usually read the Dope is not a battery thing; but my seed-order notes in progress are on an iPad.) I hope I can get dug out by Tuesday midday, I’ve got a car repair appointment then. Ain’t planning on going anywhere in the meantime.

We did some heavy-duty food shopping yesterday morning, and yes, they were out of several things. We have no place to be in the foreseeable future, so we’re staying home. Driveway is unshoveled, and we’re ok with that.

Eight inches of snow on the ground this morning. It looks like it’s stopped, but the weather report says it’s supposed to start back up, and we may (or may not) get some sleet after all. There doesn’t seem to have been any sleet so far; power has stayed on, and even Frontier internet is working.

The town snowplow has more or less been, at some point during the night; leaving a road I probably could get the 4WD Subaru down and back up if I had to, which right now I don’t. (I live on a dead-end road.) I expect they’ll come do a better job when they think it’s all over, which is what usually happens. I’d have to dig the car out first, though – the car itself is in a barn, but the area between the car and the plowed area, including the ridge left by the plow, needs to be shoveled. If I’m doing this, in my current condition it’s going to be a slow job with lots of rest intervals. It’s possible my neighbor will show up with one piece of equipment or another and take care of it for me.

What’s annoying about the lack of distilled water last Thursday was that I had intended to buy some the week before and decided to put it off. If I had known there was a storm coming I wouldn’t have waited.