It seems those universally-condemned captains who abandonened their sinking ships (and their passengers) in recent years were really acting in the long-standing tradition of the sea. A new report says that , historically, captains have better survival rates than passengers, and men a much better rate than women. “Women and Children First” and “A Captain Gores Down with his Ship” seem to be more myth than a guideline: 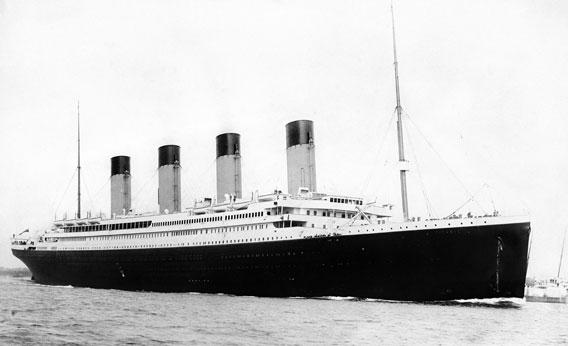 “Women and Children First” Is a Maritime Myth

Forget “women and children first”—it might have worked on the Titanic, but it’s usually every man for himself, says Mikael Elinder, an economist at...

Perhaps the reason so many captains fail to gore down with their ship is that they can’t quite figure out what’s expected of them.

It’s not just based on survival rates. Look here:

http://www.cam.ac.uk/research/discussion/women-and-children-first/
I don’t expect the captain to “go down with his ship”, but I do expect him to manage the disaster. The fact that captain survival rates are better than passenger rates seems a tad suspicious.

What? We were supposed to *let *the women and children go first?:smack:

I thought they were the first to be tripped on the way to lifeboats.

Ah, to all those I knocked over in [del]our[/del] my escape, sorry about that. :o

What we can see clearly is that the crew were more likely to survive than passengers, with 61 percent surviving compared to around 37 percent of male passengers

I don’t find this strange at all. The crew know the layout of the ship far better than the passengers and they are also required to get to the life boats as soon as possible to help people climb on board.

Anecdote: I was once discussing a disastrous fire on board a passenger ferry (don’t remember the name of the vessel) with an ex sailor who said that he would never set foot on board a ship full of people with no clue whatsoever about which direction it is moving or which side is starboard or port etc.

I don’t expect the captain to “go down with his ship”, but I do expect him to manage the disaster. The fact that captain survival rates are better than passenger rates seems a tad suspicious.

I’d have to know more about the situation to know. Certainly you have captains like Capt Schettino of the Costa Concordia (who “fell into a lifeboat”), and the crew of the Scandinavian Star was widely criticized for leaving the ship while passengers were still alive and trying to escape. But if a captain has honestly done all he can and his life is in danger… maybe it’s better that he does leave the ship, and try to assist the survivors?

No children under 12 survived the sinking of the Estonia, nor did any passengers with a significant physical handicap. The survivors were disproportionately male and relatively young. The only thing that decided who lived and who died, was who could get to a lifeboat on time - being physically able, awake or at least not too deeply asleep, and reasonably sober helped, as did not stopping to assist a weaker member of the family. But sheer luck also played a huge role.

Thank you. That was the name I couldn’t remember. When the Estonia sank there was much written in Swedish media about a young man and a young woman who had made a pact to survive together (with an undercurrent of romantic speculation) and they did. The thing is he had travelled a lot all over the World and come across all sorts of situations and her father was head of the local fire brigade and she had been with him on all sorts of rescue operations, which means they were both mentally prepared to behave the right way when disaster struck.

The article is, of course, fatally flawed, being based on faulty research:

Alison George: Where does the notion arise that, when a ship sinks, women and children come first?
Mikael Elinder: It appears to have started when the HMS Birkenhead ran aground off South Africa …
ME: We went through a list of over 100 major maritime disasters spanning three centuries to see if we could find data on survival rates of men and women.

Note that the practice started with HMS Birkenhead 160 years ago, and the notion became widespread only 100 years ago but they’ve gathered statistics going back 300 years. They should only go as far back as 1912 or 1852.

Actually, women resist cold water immersion better than men. Women have more subcutaneous fat, more fat in general (fat’s an insulator) and fewer large blood vessels right beneath the skin, so they lose less heat. The also have more of a metabolic reserve, since their body’s aren’t using resources to feed muscles the size of a man’s, and have excess capacity to sustain a pregnancy. It’s heat that men are better at handling, not cold.

forget the kids. they can’t row decently. they will drive all the other survivors with, “are we there yet?”

forget the kids. they can’t row decently. they will drive all the other survivors with, “are we there yet?”

But you gotta keep a few around just in case you need something to toss to the sharks.