Would you accept immortality? If not, why?

I of course say yes. But a lot of people say no. What are your reasons?

For the sake of the discussion, the immortality offered is in the form of a $0.25 pill which halts all aging in the body and has no bad side effects. The pill can be produced in quantities in the trillions and it only needs to be taken once.

That way, you can still shoot yourself if you really want to die (trauma still kills), and you won’t have an army of billions of brainless geezers swarming the planet.

No. Because life mostly sucks.

You need another option: Yes, but only the way the OP describes.

Sure, with the condition that trauma can result in death. I don’t want to be around when the Sun turns into a red giant, after all.

Stopping aging would not ensure immortality, you realize, since a hell of a lot of us die via accidental trauma, not disease or aging.

I don’t think I would want to live forever regardless. I think if death didn’t exist we’d be compelled to invent it…being stuck with a particular idendity/life forever would pretty rapidly become a form of hell, I suspect.

And if people were still reproducing (a drive it would be damn hard to eliminate, even if repopulating were no longer required) things would get pretty crowded in short order…you think the traffic’s bad now?:smack:

Oh hell yes. There’s so much to see, so much to do, so much to experience. I only want it if I get to stay eternally young, and my body is indestructible. It’d suck to be stuck in a body that eventually ages itself into a puddle of goo or something.

The only problem with the OP is that it would be commonly available. Can we have a limited supply instead as long as there is plenty for Dopers.

Certainly, as long as it is the form of immortality where you can die if you choose. I don’t want to end up surviving an infinite amount of time past the end of the universe, eternally floating utterly alone in a black void. As it is, I’m constantly struck by how short the human lifespan is; probably more than half my life gone and it feels like I’ve barely started.

I don’t want to outlive my daughter.

I believe life is sad if you don’t live it to the fullest, but sheer hell if you do. I want my suffering to have an end.

Maybe if I was young, healthy, and had access to tons of money, forever! Also, I would want an anti-immorality pill available. it would suck to be middle aged, or old, and poor, and face more of same forever and ever. (This last sounds more like…not hell, but purgatory. Surely there has to be an end to suffering if you’re in purgatory.)

My greatest fear is nonexistence. It keeps me up at night sometimes. I would take the pill without hesitation. Of course I’d still have to worry about getting hit by a car or whatever, but it’d help.

Sounds interesting, so long as it’s available to others and there’s a way out.

I don’t know what to make of that trauma clause. That isn’t immortality and everyone is still going to die anyway at wildly unpredictable intervals. Parents would routinely outlive their kids or even their grandkids and so on. People wouldn’t want to risk themselves for the sake of their young either physically or financially and that throws everything on its head.

Cracked did an article on this recently and it didn’t sound good: 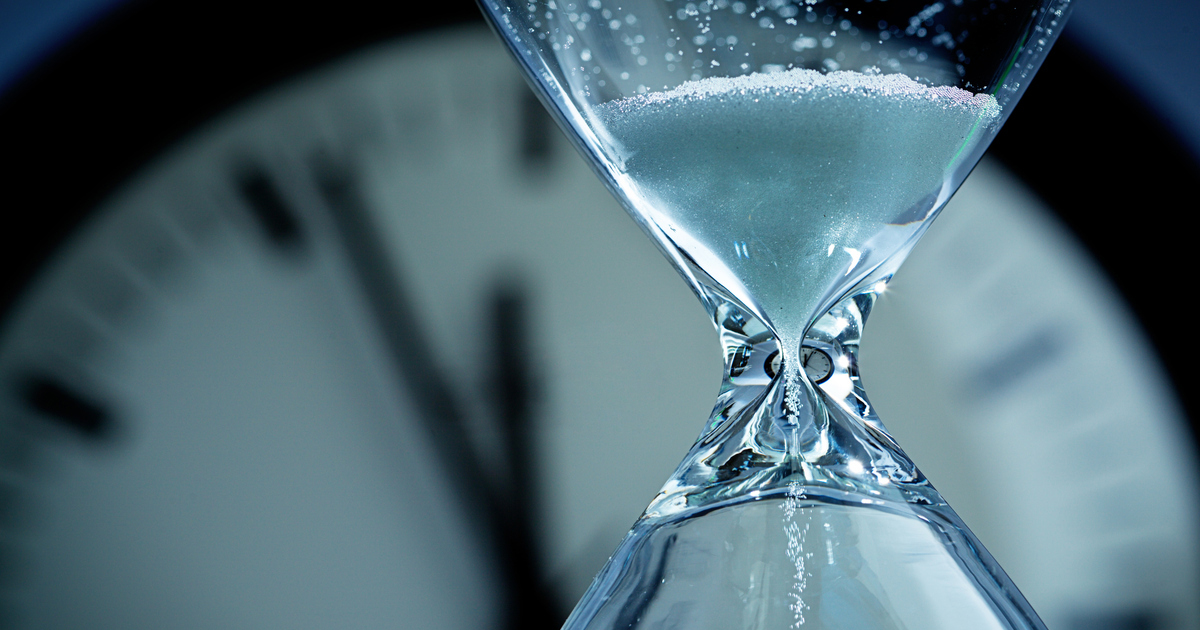 5 Reasons Immortality Would be Worse than Death

I don’t want to outlive my daughter.

She could take the immortality pill too. By the OP, it’s only 25cents and there’s trillions available. You could both have a few hundred years, barring accidents.

I think I’d be more interested in longevity and better health than immortality - I want to live longer, and with a strong, healthy body, but I don’t think I want to stick around forever and ever. I think I’d probably want a re-up clause - the first pill lasts for, say, 100 years (basically doubling your life term), then take another one if you want another 100.

A couple of quotes on immortality that seem pertinent here:

The only thing wrong with immortality is that it tends to go on forever.

Millions long for immortality who do not know what to do with themselves on a rainy Sunday afternoon.

Yeah I didn’t really like the Cracked article on immortality. That made me unhappy because Cracked is usually really good stuff for what it is.

Let me repost and knock over their “5 Reasons Immortality Would be Worse than Death”:

Evolution will turn you into a freak
Their take is that the humans born thousands of years after you were would have significantly different biological features and they would view you like we view cavemen and Neanderthals today. I disagree. Given the time and motivation I have plenty of faith in the ability to techologically augment our existence to match the differences that will pop up, if that is even a need.

Besides, that is only a problem if you are the only immortal. I agree that being the only immortal person, and watching generations of family, friends, and lovers die around you, wouldn’t be that great. However a community of millions of immortal people could support each other, or worst case, at least rally for equal rights for us cavemen born back in the 20th century.

Nobody can ever find out
…if you’re alone. Not a problem in a realistic immortality scenario.

You’re still getting older mentally
This would of course also be an awful proposition. “Hey, want to live a thousand centuries in a miserable, crippled fog?” That’s why I exclude it. Hopefully the anti-aging pill will also stop brain deterioration.

Now, this idea that your brain will eventually just get full of ideas has more merit to me. I’m no neurologist but I understand that there is a finite (if large) number of cells and possible connections inside the brain and thus an upper limit to human memory storage. Big deal. Augment it with technology.

Time speeds up until you’re insane
I will admit I don’t have an answer to this. I want to say that this is just dumb at face value, but I’m only twenty. Can any older Doper riff on the validity of the assertion that time perception speeds up as you get older?

However, again, the problems that are brought up are mostly only for lone survivors. No need in worrying about being married to your wife for “only” fifty years if she’s also immortal. And I bet such a society would grow out of some parts of our current cycle of trends and fads.

You’ll eventually get trapped somewhere forever
This one is the dumbest. If you’re immortal except for trauma, well, most trapping events (they mention building collapses) will give you the needed trauma to bump you off. If you’re full-on immortal, then just gnaw your arm off, or whatever you need to do, and get out of the trap, even if it’s digging your way up through ten meters of dirt using your pocketknife. Who cares if it takes fifty years? You’re immortal.

Surviving all the way out to the heat death of the universe would be a bummer but even that is worth watching if you’ve got the right conditions as far as your immortality and technical progress.

Of course, every part of all of this is hypothetical, and you can add or subtract any condition you want to your liking, but that’s the fun of it, to see what people think is necessary or enjoyable about living.

<snip>
Time speeds up until you’re insane
I will admit I don’t have an answer to this. I want to say that this is just dumb at face value, but I’m only twenty. Can any older Doper riff on the validity of the assertion that time perception speeds up as you get older?

I had never thought of that - at 43, I’ve definitely noticed time speeding up already. I don’t know if that would become a factor or not - part of time speeding up is just that you have more perspective and more patience.

However, again, the problems that are brought up are mostly only for lone survivors. No need in worrying about being married to your wife for “only” fifty years if she’s also immortal.

The other side of that is another problem - maybe marriages shouldn]t be forever, but renewable contracts, as well.

Time speeds up until you’re insane
I will admit I don’t have an answer to this. I want to say that this is just dumb at face value, but I’m only twenty. Can any older Doper riff on the validity of the assertion that time perception speeds up as you get older?

However, again, the problems that are brought up are mostly only for lone survivors. No need in worrying about being married to your wife for “only” fifty years if she’s also immortal. And I bet such a society would grow out of some parts of our current cycle of trends and fads.

I felt the same way did when I was 20. It a very different situation now that I am 37. Time does speed seem to speed up as you get older and most people report that. The world is a big place but things still fall in patterns and it gets hard to recreate that sense of wonder after a while if you experience enough things even collectively. Most people were shocked when the space shuttle Challenger blew up and everyone came together to mourn. When we lost the space shuttle Columbia, it didn’t get nearly the same response. If we all lived to be a few thousand years old, there isn’t that much new to fill the time. Some new stuff will pop up but it will still fit existing patterns and the effect isn’t the same as the first time.

That comment about “only” being married for fifty years. Oh young grasshopper, you have so much to learn and you have obviously never been married. The thought of a 100 year let alone a 1000 year marriage sends chills down the spine of even the most patient and dedicated people. Get back to us on that one a few years after your honeymoon. Relationship damage tends to build up over time in all types of relationships. Does anyone really want to keep apologizing for something they did over 850 years ago?

If I’m alone, I become a freak, and I have to keep moving so nobody notices. Which might be fun for a couple hundred years.

But if it’s available to everybody, then things are going to get pretty darn crowded. I don’t wanna be here when that happens.