Your favorite descriptions of a character in a song

I was always partial to:
barefoot girl, sitting on the hood of a dodge, drinking a warm beer in the soft summer rain
Evocative of a lazy summer day in college.

A man walks down the street,
It’s a street in a strange world.
Maybe it’s the Third World.
Maybe it’s his first time around.
He doesn’t speak the language,
He holds no currency.
He is a foreign man,
He is surrounded by the sound, sound …
Cattle in the marketplace.
Scatterlings and orphanages.
He looks around, around …
He sees angels in the architecture,
Spinning in infinity,
He says, Amen! and Hallelujah!

-Paul Simon, You Can Call Me Al

And from the master wordsmith, Bob Dylan: The Ballad of Hollis Brown

Some of my favorites have already been mentioned, but the first one I thought of was

http://en.wikipedia.org/wiki/The_Ballad_of_Thunder_Road
The Ballad of Thunder Road 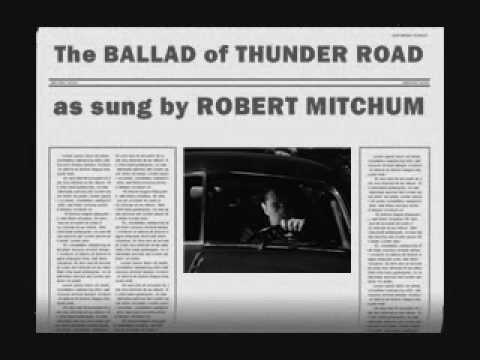 Until Bullitt and The French Connection I thought the ultimate car chase(s) came from that movie. We all learn stuff…

I was going to mention Hollis Brown, but since it was mentioned I’ll nominate another Dylan (albeit minor) song: Jet Pilot:

Well, she’s got jet pilot eyes from her hips on down
All the bombadiers are tryin’ to force her out of town
She’s five foot ten and she carries a monkey wrench
She weighs more by the foot than she does by the inch

She got all the downtown boys all at her command
But you’ve got to watch her closely 'cause
She ain’t no woman, she’s a man

Where she’s narrow, she’s narrow as an arrow
And she’s broad where a broad oughta be broad

Mandy Patinkin sang that song on Boston Pops once and IT’S NOT ON YOUTUBE. Arrrrghhh.

Screen door slams, Mary’s dress sways,
Like a vision she dances across the porch as the radio plays…
Blue jean baby, LA lady, seamstress for the band,
Pretty eyed, pirate smile, you’ll marry a music man.
Ballerina, you must have seen her, dancing in the sand…
Gallo del Cielo was a warrior born in Heaven,
So the legends say,
His wings they had been broken,
He had one eye rolling crazy in his head.

He’d fought a hundred fights
And the legends say that one night near El Sueco,
They fought Cielo seven times,
And seven times he left brave roosters dead.

Finally, I’m pretty sure I could recognize Mean Mr Mustard by the 10 bob note up his nose.

A reminder of our copyright rules: quote no more than one verse/five lines of any song that is under copyright. Please link to the rest.

And Alley Oop.* He’s a mean motor scooter and a bad go getter*.

And Alley Oop.* He’s a mean motor scooter and a bad go getter*.

Alley Oop reminds me of half a dozen Ray Stevens characters:

*You walked into the party like you were walking onto a yacht
Your hat strategically dipped below one eye
Your scarf it was apricot
You had one eye in the mirror as you watched yourself gavotte
And all the girls dreamed that they’d be your partner
They’d be your partner, and…

Another reminder, everybody: unless you’re quoting from a public domain song, please don’t quote more than one verse, or about five lines total.

Alley Oop reminds me of half a dozen Ray Stevens characters:

Including “The Ballad of the Blue Cyclone”, with some memorable characters like the narrator (But I laid in bed three weeks just thinkin’ I believe I coulda took him if I hadn’t been drinkin’!) and his friend Bill (It all happened so quick when that car door slammed, It musta broke something, 'cause the door locks jammed!) and their buddies (who would take on a grizzly with a switch in the woods at night).

Another reminder, everybody: unless you’re quoting from a public domain song, please don’t quote more than one verse, or about five lines total.

Like father like son
Not flesh nor fish nor bone
A red rag hangs from an open mouth.
Alive at both ends but a little dead in the middle
~Squonk - Genesis

It is okay to post a small snippet of song lyrics or poems or whatever, and include a link to another site which contains the complete text. But posting any material completely and verbatim is a violation of our rules and a potential violation of copyright laws.

With regard to song lyrics under copyright we’ve said for a long time that the limit is a verse or five lines.