[ul]
[li]Roughing It by Mark Twain (It was either this or Huckleberry Finn but I think Roughing It holds up on repeated readings. I read that one of the Apollo missions took a copy with them.)[/li][li]Departmental Ditties and Barrack Room Ballads by Rudyard Kipling (It was either this or Kim but this fine collection of poetry I can return to again and again. My grandfather kept a copy with him during his service in the war.)[/li][li]Voltaire’s Philosophical Dictionary (It was either this or Candide, but as with the Kipling selection, I can revisit this collection of essays.)[/li][li] The Importance of Being Earnest by Oscar Wilde (Great social satire combined with great dialogue.)[/li][li] Aesop’s Fables (Not just for children, really)[/li][li] The Art of War by Sun Tzu (Not just for the battlefield, really)[/li][/ul]
Twenty Places for Public Domain E-Books

Pretty much everything by Edgar Rice Burroughs

I once met a person who, like me, was a huge ERB fan. Once we started talking though, we soon discovered that we had not read one book in common. He had read all the Tarzan books while I had pretty much read everything not Tarzan, e.g. Mars, Venus, Moon, etc. ERB wrote a lot of books.

Wow, didn’t realize it was public domain but it is.

Sherlock Holmes, nearly anything by Twain, Alice in Wonderland (and Through the Looking Glass), the writings of James Branch Cabell (especially The Rivet in Grandfather’s Neck) and G. K. Chesterton’s Father Brown stories and The Man Who Was Thursday.

The Phantom of the Opera is in public domain. Considering all the money the musical has made, Leroux’s descendants must be seeing red.

Australia’s Project Gutenberg has Gone With the Wind and some works by Faulkner, Fitzgerald, and others that are still protected in the U.S…

Pretty much Mark Twain. I agree with standingwave in that *Roughing It *is great, but The Innocents Abroad is great too.

I also have found some good oldies for kids that I love to reread: Frances Hodgson Burnett, E. Nesbit, The Princess and Curdie by George MacDonald, The Swiss Family Robinson, The Story of Live Dolls by Josephine Scribner Gates.

Twain.
Dickens.
Frankenstein-keep going back to that one.

I agree with Mark Twain, Arthur Conan Doyle, Oscar Wilde, G. K. Chesterton, and Lewis Carroll. And when I was a kid I loved Frank Baum’s Oz books.

Two of my favourites are Vanity Fair and David Copperfield. (Thackeray and Dickens have their fair share of clunkers, though.)

“It is a truth universally acknowledged, that a single man in possession of a good fortune must be in want of a wife.”

I never tire of Pride and Prejudice.

Out of the books that no one has mentioned yet:

I just read for free on my Kindle The Diary of a Nobody, by George and Weedon Grosmith. It’s a short comic novel, originally published in England in the 1890s. It purports to be the diary of a somewhat stuck up, somewhat small-minded middle class man the era. It’s amusing and has a quirky charm, although I think some of the reviews on Amazon are overly-enthusiastic.

It was made into a 2007 one-man BBC TV movie staring Hugh Bonneville (of Downton Abby fame.) Again, while not the best thing I’ve ever seen, the movie has its quirky charm. 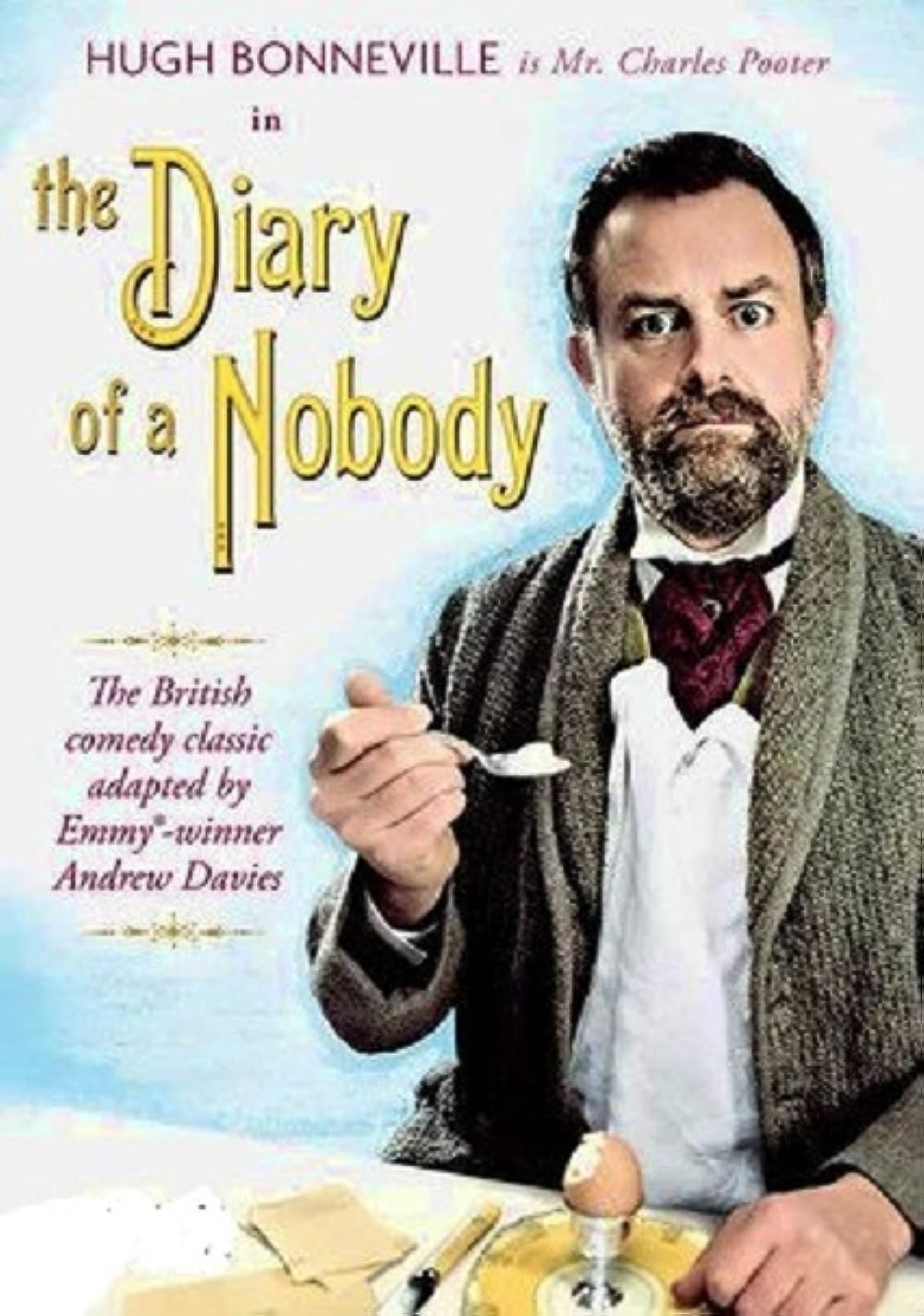 The Diary of a Nobody: Directed by Susanna White. With Hugh Bonneville. Comic misadventures of a middle-class clerk named Charles Pooter whose snobbery and social aspirations far outpace his lowly station in life.