Frank Underwood from House of Cards.

Not a patch on Francis Urquhart

I nominate Destro and The Baroness, from (the animated) GI Joe, as The Best Evil Couple.

The unemotional and inexorable Kaylons from The Orville. 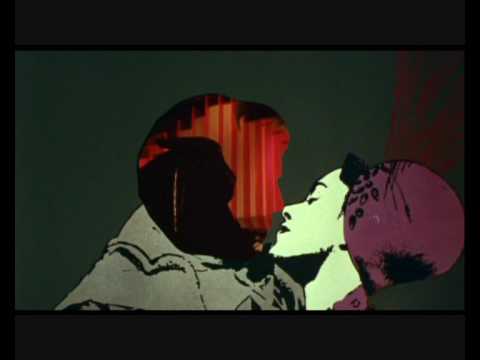 T-1000 - Built with a singular purpose and essentially unstoppable. There is no way they should have been able to escape it. Played perfectly by Robert Patrick.

Fun trivia: James Cameron originally wanted the part to be played by Billy Idol, but a motorcycle accident rendered him unable to take the role.

Frank Underwood from House of Cards .

Not a patch on Francis Urquhart

I view their differences as stylistic. Urquhart is flamboyant; Underwood is more subtle.

Underwood - pushes an inconvenient woman in front of a train in a dark subway tunnel.
Urquhart - throws her off the top of a building in broad daylight.

The best villains think that they’re the hero.

I’m not sure I agree, but that’s an interesting perspective.

The Kurgan from Highlander.

We all know the best villain in Star Wars is George Lucas.

So weaselly, so self-serving. He was so greasy-good!

Can you hear those names without your stomach turning?

And how about GLaDOS, from the Portal games?

When he allows his henchman Courtney to participate in sabotage he warns: ‘Alright then but don’t expect treats like this everytime’

Hey, what about villainesses?

Sian Phillips as Livia Augusta in I, Claudius: (To Claudius about the Roman Senate) “They won’t let me in because I’m a woman, and they won’t let you in because you’re a fool. Which is strange when you come to think of it, because the Senate is filled with nothing but old women and fools.”

Angela Lansbury as Raymond Shaw’s mother in The Manchurian Candidate: “And when I take power, they will be pulled down and ground into the dirt for what they did to you, and for so contemptuously underestimating me.”

And how about Bette Davis in Whatever Happened to Baby Jane?: “But ya are, Blanche! Ya are in that chair!”

In the Masterpiece Theater production I, Claudius, I think that Livia was the “best” villian. She even beat out Caligula, her grandson, in my humble opinion. Sian Phillips was a splendid actress, and played the character from her early 40’s to her 90’s.

OMG, I didn’t read the previous post, and saw Livia was just mentioned!

The Gentlemen, on Buffy the Vampire Slayer.