I had managed to miss originally one example Bill cited from a few weeks ago: Ellen DeGeneres’s encounter with near-cancellation that led to her deleting a tweet she posted shortly after the George Floyd murder. The tweet read, in its entirety, as follows:

Like so many of you, I am angry and I am sad.
People of color in this country have faced injustice for far too long.
For things to change, things must change.
We must commit ourselves to this change with conviction and with love.

One in a similar vein that Bill didn’t mention was the influential Poetry Foundation, where they didn’t just delete a tweet but saw two of their leaders actually resign in the face of a blistering open letter signed by thirty poets outraged by the alleged insufficiency of their response to Floyd’s murder. That letter read, in part: 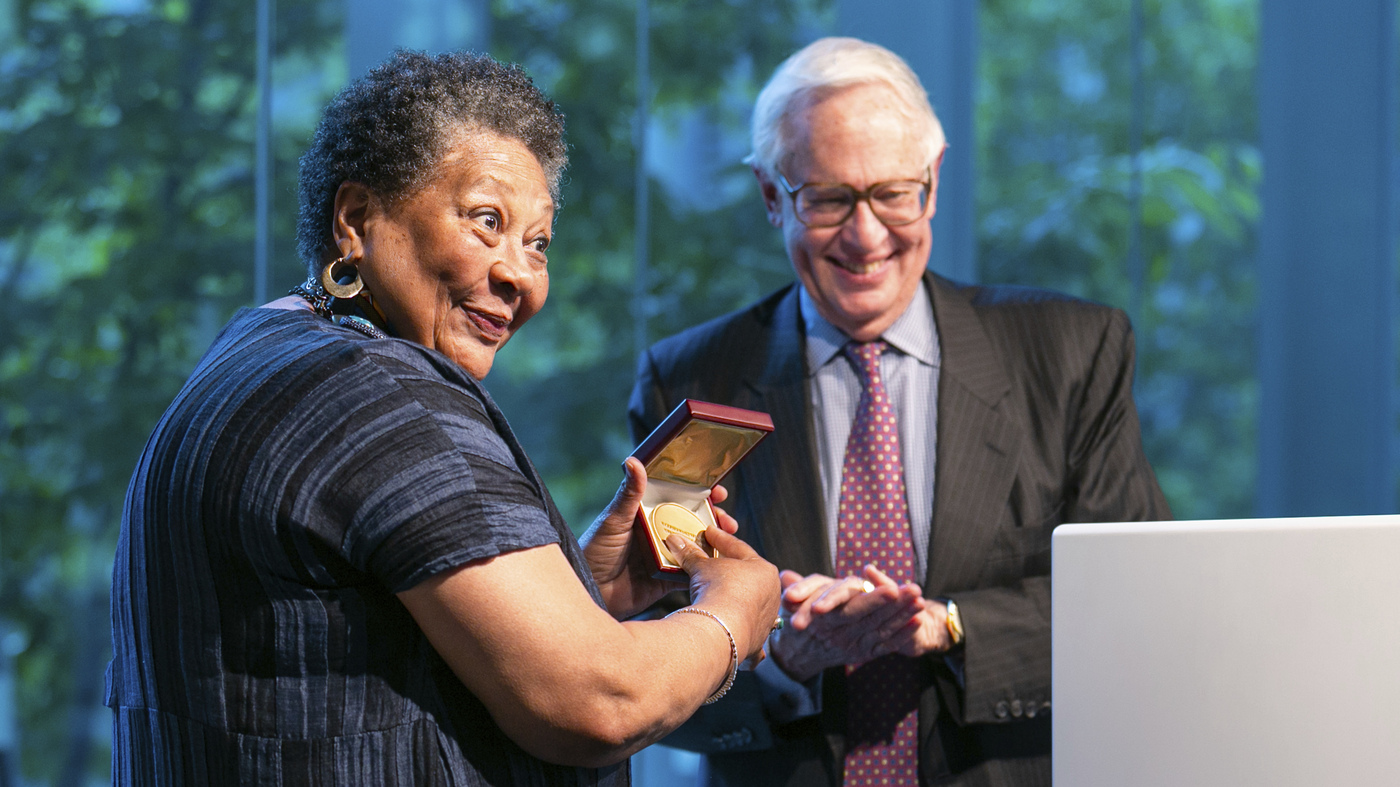 Poetry Foundation Leaders Resign After Criticism Of Their Response To Protests

The Poetry Foundation announced today that two of its leaders have stepped down, after poets associated with the organization criticized their response to the police killing of George Floyd.

On June 3, 2020, the Poetry Foundation released a vague statement that you “stand in solidarity with the Black community, and denounce injustice and systemic racism.” This non-substantive, four-sentence statement — which contained no details, action plans, or concrete commitments — was the Foundation’s sole response to the ongoing state-sanctioned murders of Black people by police and the current wave of violent state repression of those protesting these killings.

Again, how dare they merely denounce injustice and systemic racism! Off with their heads.

If that’s what the backlash is going to be, it’s better to not say anything than to say something possibly wrong.

It’s akin to a billionaire donating $100 to AIDS research - it would be mocked as a pittance, whereas if he had simply donated nothing at all, he wouldn’t have gotten any bad attention.

A pity that it works that way, but it does work that way. People are often outraged by what they perceive as insufficient support, rather than being grateful for any support that they do get.

Yeah, in that clip Bill cited an anonymous letter from an executive who said he has wanted to speak out in favor of BLM, but is beginning to think he should just hold his tongue for fear of doing it wrong and potentially jeopardizing his career.

I identify fully with that Bill Maher clip and will be using it often.

I think the problem is with the “For things to change, things must change”. It’s basically Edward VIII and his “something should be done” about the unemployed coal miners or whatever it was. It’s apparently showing a disregard for how hard the problems are to solve.

Yeah, in that clip Bill cited an anonymous letter from an executive who said he has wanted to speak out in favor of BLM, but is beginning to think he should just hold his tongue for fear of doing it wrong and potentially jeopardizing his career.

I believe it was Maher who once also said, “Liberals need to learn the difference between an enemy and an imperfect ally.”

Nah. There is a kernel of an argument there about people going too far in their zeal. This does indeed happen Problem is, neither his main example or the one you brought up here actually fit.

He presents a story about a guy getting fired for saying “All Lives Matter.” But he ignores that the guy had a past history of reports by people of color of racist actions, and that the statement was as last straw situation. Furthermore, it’s just not plausible that someone saying “All Lives Matter” is trying to help the protest movement. Even if you don’t think ALM is racist, you know that it’s a direct counter to “Black Lives Matter.” Maher is grasping at straws.

As for the Ellen situation–that is being completely misrepresented here. She was not put in danger of being cancelled. Some people got upset about her tweet, and so she did what anyone who actually cared would do–she listened to why they were upset and considered their point. And she decided that they had a point. That’s why she removed the tweet–not out of any fear of “cancellation.”

Now, I admit that I didn’t immediately understand the point. But, since I care, I didn’t chastise them for being angry (like Maher loves to do). I looked it up. It seems the complaints are that (1) she didn’t actually advocate anything, but just gave platitudes and (2) couldn’t even bring herself to mention black people and (3) the fact that she commits so much money to all these causes on her show, but couldn’t be bothered to contribute here and (4) other reasons that people take issue with Ellen, like that the nice woman on the show is just a persona and, in real life, she’s really a horrible asshole who treats anyone not as rich as her as beneath her.

And, well, I see their point, and I’m glad Ellen listened and changed what she had to say. And, unlike Maher, she was able to bring up the point about how people make mistakes without painting everyone who got mad at her as a horrible person.

Maher isn’t completely devoid of good ideas, but the way he goes about things really doesn’t seem like those are a priority. And, frankly, after being too dumb to know that ACTUALLY USING THE N-WORD ON NATIONAL TELEVISION (not discussing the word, but actually using it) WOULD BE GROSSLY OFFENSIVE, he kinda needs to back off.

Finally, as for people afraid, not knowing what to say? Listen. Echo what others say. Say that you don’t know what to say, and affirm that you’ll try to learn.

And, well, accept that you may make people mad, and be ready to apologize and try to learn. Stop painting anyone expressing anger at you as trying to harm you, or letting the few who might take it too far be the only ones you notice.

Furthermore, it’s just not plausible that someone saying “All Lives Matter” is trying to help the protest movement. Even if you don’t think ALM is racist, you know that it’s a direct counter to “Black Lives Matter.”

Every time I hear about someone getting ‘cancelled’ for comments this seems to be the case - either it’s something like ‘some people complained about what they said, and they either lost a few viewers/readers/listeners/fans or apologized and moved on’ or it’s ‘they had a history of this stuff and this case was the last straw for a lot of people’. And saying “All lives matter” is a barely-dog-whistled racist comment when said in response to “Black Lives Matter”, you may as well shout ‘WHITE POWER’ while you’re at it.

Progressives like Ellen and those poets are often mostly nice and decent people, and thus they listen to criticism and sometimes might even apologize for mistakes - even little mistakes!

But Bill remains a whiny snowflake who can’t consider that some progressives aren’t assholes like he is… Though even Bill wasn’t so much of an asshole to stand by his casual usage of a racial slur.

Bill’s done exactly the thing he whines about others doing - apologizing in response to criticism from progressives. He’s a whiny snowflake who just can’t consider that sometimes progressives disagree with each other, and sometimes they even criticize each other. It’s okay. Bill’s going to be okay, even as much as he whines.

Bill Maher can be a real jackass. The week before, he ranted some incoherent bullshit about older and vulnerable people having to stay home and younger people going out to start the economy and take a bullet for the rest of us. Yeah, it made not a lick of sense.

On this, while he may be whiny snowflake from time to time, but he’s not wrong about the criticism of liberals who criticize other liberals for not being woke enough. If it’s okay for liberals to disagree and criticize one another, it’s okay for Bill Maher to do so as well.

Yeah, of course he’s going to be okay. Dude is high all the time.

Progressives like Ellen and those poets are often mostly nice and decent people, and thus they listen to criticism and sometimes might even apologize for mistakes - even little mistakes!

Ellen may be a poor choice here.

A comedian offered donations in exchange for stories about Ellen DeGeneres...

A Twitter thread asking for stories about Ellen DeGeneres being mean got nearly 2,000 replies, including stories about former employees.

Bill Maher can be a real jackass. The week before, he ranted some incoherent bullshit about older and vulnerable people having to stay home and younger people going out to start the economy and take a bullet for the rest of us. Yeah, it made not a lick of sense.

Yes, I have commented for weeks now that although over the years I have agreed with Maher more than about any commentator out there (with the possible exceptions of Steven Pinker and Sam Harris), he is way off base in his attitude about Covid-19. No one’s perfect (except me, LOL).

LOL, true dat. Nor, I suspect, would he really dispute this.