Okay, this has been driving me nuts for the past two days, and my Google-fu and Wiki-fu has completely failed me.

I clearly remember watching a show which featured two, or possibly three, boys traveling down a river in a raft or canoe which took them into the past. If I’m remembering correctly, they always went back to pre-historic days (like during the age of dinosaurs). I can’t remember any of the story lines, but I’m associating it as a segment of another show, like Spin and Marty was part of The Mickey Mouse Club.

Has senility finally set in, or does anyone else remember this show or can identify it?

Not a series, but A Journey to the Beginning of Time fits your description: 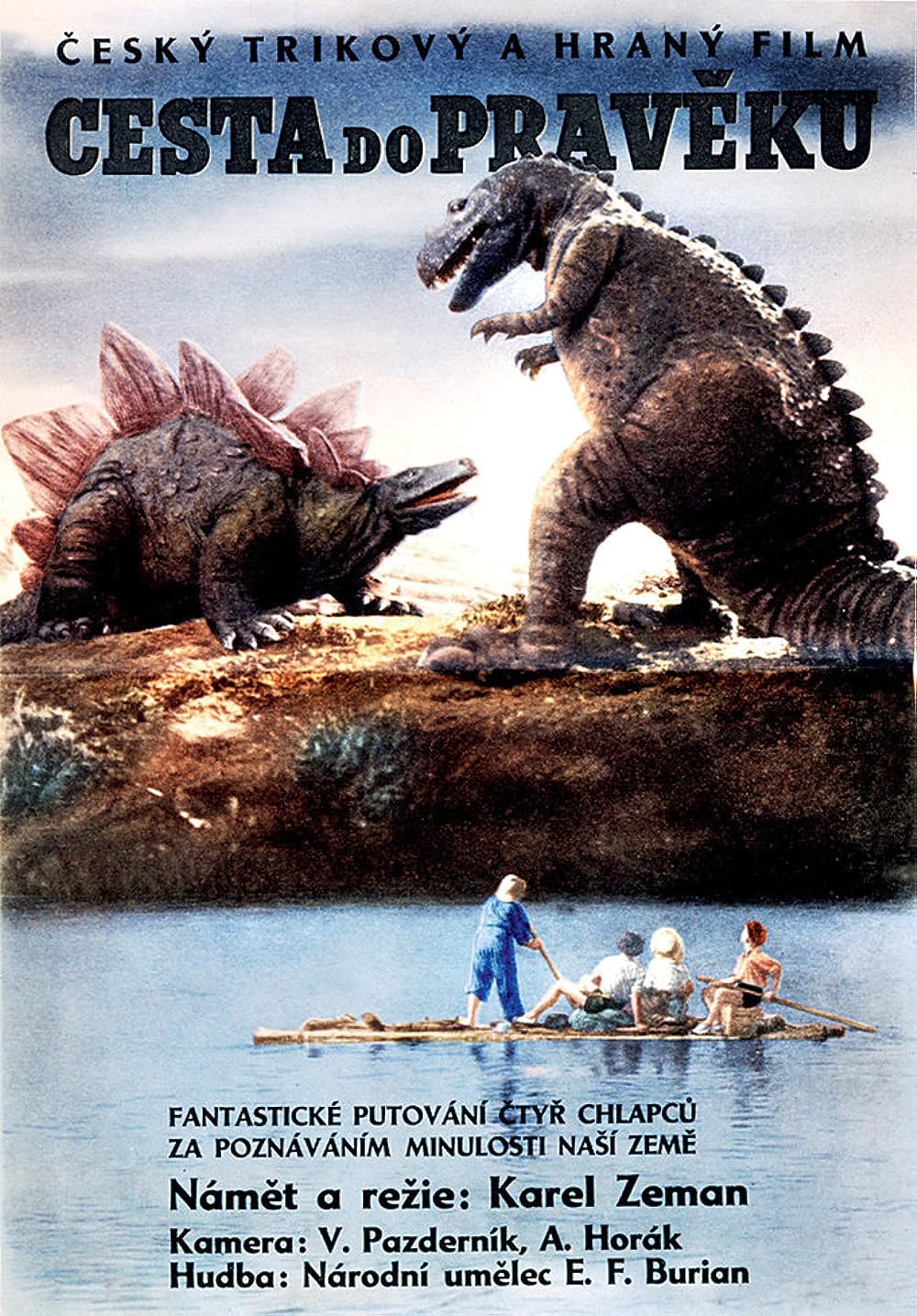 A Journey to the Beginning of Time: Directed by Karel Zeman. With Vladimír Bejval, Petr Herrman, Zdenek Hustak, Josef Lukás. One day a young boy finds a fossil of trilobite. Together with his three friends they set off on an adventurous journey...

“The serialized version of this movie was shown on television children shows. The most famous being Garfield Goose and Friends (1952) would often show this version during its run in five minute increments. This was the version that began with the boys in the USA.”

That’s it! I don’t know why I hadn’t thought of checking Garfield Goose and Friends, as that was one of the shows I watched religiously.

How did you figure it out?

I know I saw that on telly, but I’d forgotten Garfield Goose was where I saw it. One of the cinemas where I lived had cheap (~half-price) matinees during summer vacation, and I’m pretty sure this was one of them.