Quite a interesting story. My dad had a 1962 or 63 Beetle. I remember riding in it. It’s some of my best memories with my dad.

Seems unlikely these sellers will get a million bucks. The record selling price is 150k for a 1948 Swedish beetle.

The photos of the car and original dealer sticker is pretty neat.

It is a nice car. I’d love to own a vintage beetle in good condition. 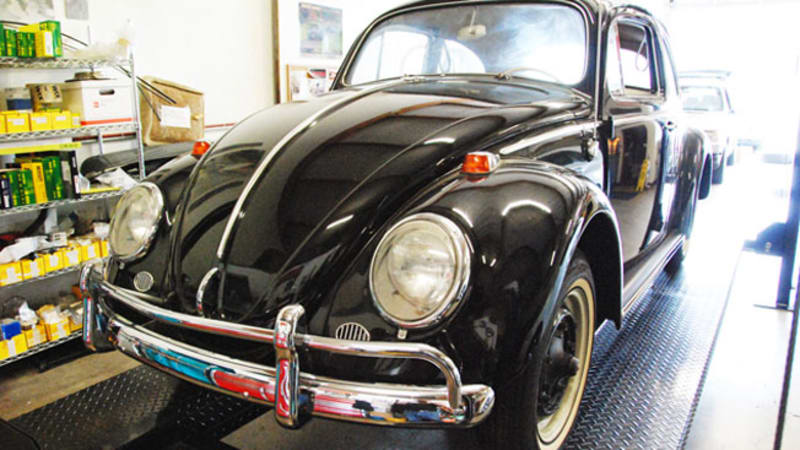 It has only 23 miles on the clock.

The Oregon Beetle is far newer than the Swedish car, as it was built in 1964. The unique thing is that it has only 23 miles on the odometer and remains absolutely original in every respect. With a car like this, there has to be a backstory, and this one is worth hearing: A mechanic and car collector by the name of Rudy Zvarich simply bought the car to act as a spare car, if his 1957 daily driver Beetle would ever terminally conk out. Zvarich viewed the 1964 car as peak Beetle, as the significant revisions for the 1965 model year Beetle were total deal killers for him. Volkswagen enlarged the windows and introduced a curved windshield for 1965, which Zvarich absolutely did not want. So, he promptly went out and bought a 1964 model, which he proceeded to mothball for the future.