Speaking of former Seahawks, there is Chad Wheeler.

They talked about it on local sports radio when it happened. That was particularly reprehensible. Honestly I didn’t even know his name prior to that incident; he was a backup player who’d barely gotten any attention as a player.

And continuing in the off season getting in trouble trend: next up is Richard Sherman

I was really saddened when I saw this news. Sherman is really one of my all-time favorite players, not just because of what he did on-the-field, but also off. He’s a complicated guy, and as a player never really seemed to let go of the Superbowl loss. But as a person, I always got the impression he had his shit together. I never saw this coming. Very curious to learn more…

I was really saddened when I saw this news. Sherman is really one of my all-time favorite players, not just because of what he did on-the-field, but also off.

Him going off on Skip Bayless (I’m better at life than you) is still one of my favorite sports media moments of all time.

But as a person, I always got the impression he had his shit together. I never saw this coming. Very curious to learn more…

He came from a humble background in Compton (his dad was and might still be a garbage collector) and made his way to Stanford, and wasn’t just a jock but was a real student athlete, he even tutored other athletes to help them with academics. He also graduated with an undergraduate degree in Communications and was working on his Master’s. He graduated high school with a 4.2 GPA, and was salutatorian. He’s a very smart man as well as being athletically gifted (he was All-American as a track star in high school).

He’s also a Vice President of the Executive Committee for the NFLPA, and has been a representative there since 2014. He’s very active in charity work, and has had a charity since 2013 which helps provide clothes and school supplies to underprivileged kids in Compton. There is a lot to admire about him.

He’s also known as a hothead though. He had a number of conflicts with the media and he had problems with coaches, notoriously getting into fights on the sideline during games. When he left Seattle there was some animosity there. I’ve never heard of him actually getting in trouble before now.

He must really be going through something. There are some very troubling details in this new story. 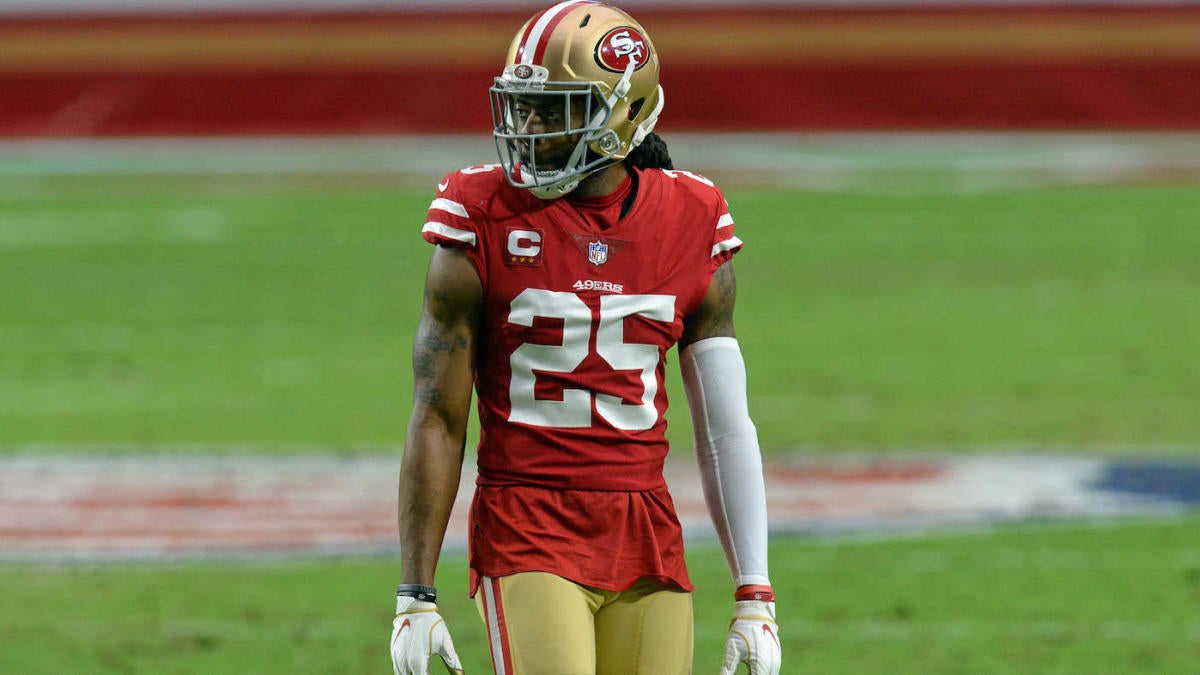 Richard Sherman was 'drunk' and 'threatening to kill himself' before arrest,...

Sherman is jailed and awaiting a hearing on multiple charges

The mystery of Tom Brady's knee injury has apparently been solved.

Wait. Let me make sure I’ve got this straight.

Shit, there are 23-year-old elite athletes who couldn’t pull that off.

In my mind, that pretty much settles it full stop: Brady’s the best football player whoever lived.

I guess I’ll cut him some slack for that game where he forgot what down it was. He probably stepped wrong and couldn’t think through the agony.

Looks there will be public shaming of the non vaccinated players and I completely support this: Teams are required to develop method to visually identify fully-vaccinated...

Training camps open soon. Last week, the NFL sent a five-page memo to all teams regarding a wide range of issues relating to the ongoing pandemic, with both protocol updates and responses to frequently asked questions. PFT has obtained a copy of the...

From what’s known so far, identification methods would definitely apply only in the team facility - so any “shaming” would be by other staff and players, who conceivably might be interested in whether the unvaccinated players/employees had legitimate medical reasons for avoiding vaccination.

Looks like the NFL is not playing around with Covid postponements this year.

@TomPelissero
The NFL just informed clubs that if a game cannot be rescheduled during the 18-week season in 2021 due to a COVID outbreak among unvaccinated players, the team with the outbreak will FORFEIT and be credited with a loss for playoff seeding, per sources. Massive implications.

I have a feeling they also don’t want to play last year’s whack a mole of moving bye weeks around and playing games on all days of the week.

This should be a kick to the vaccine hesitant players, especially those on the cusp of a roster.

… if a game cannot be rescheduled during the 18-week season in 2021 due to a COVID outbreak among unvaccinated players, the team with the outbreak will FORFEIT and be credited with a loss for playoff seeding …

Amen! I can’t read the memo in that tweet, but I hope it also says, “However, the game shall be counted as a win for the purposes of determining draft order in 2022.”

Apparently it does later, in so many words.

Also, if that happens, NEITHER team’s players get paid for that week.

With player vaccination rates estimated at around 50 percent, the league and the NFLPA are lowering the boom on unvax’d players: 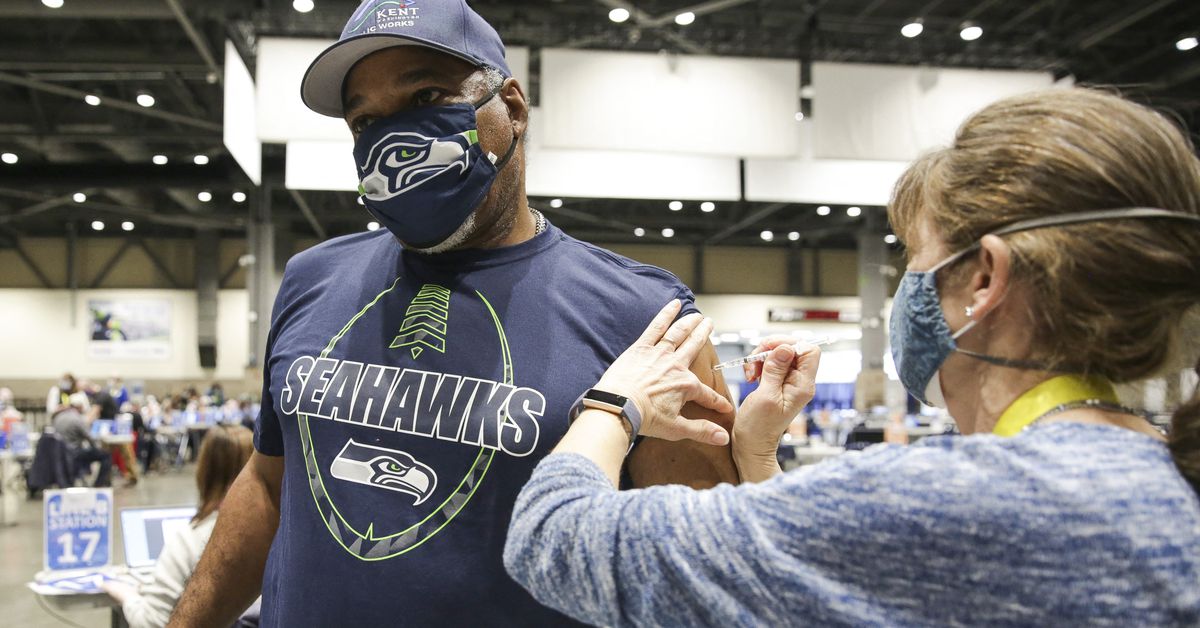 Unvaccinated NFL players will have a much, much more difficult season under...

Players can still choose not to get vaccinated, but they’re not free from consequences.

Basically, if you aren’t vaccinated, you live in a bubble. If you are vaccinated, it’s anything goes.

With player vaccination rates estimated at around 50 percent, the league and the NFLPA are lowering the boom on unvax’d players:

That article’s a month old. According to this, more than 78% of players have gotten at least one dose. There’s been a lot of noise from a few players against vaccines, but for the most part, vax rates for player have been above the rest of the US.

Thanks for the correction… I should have checked more carefully.

The Vikings fire a coach for not getting vaccinated, I love it. Vikings assistant coach Rick Dennison has reportedly lost his job because he refused to get the COVID-19 vaccine. Dennison, who had been the Vikings’ offensive line coach/run game coordinator the past two seasons, parted ways with the team, according...

The Vikings fire a coach for not getting vaccinated, I love it.

Same. It should be noted that this wasn’t the Vikings’ decision entirely (if at all):

So it’s not so much the Vikings taking a stand for player safety, it’s the NFL doing that. And I expect to see more coaches fired. Hopefully not a large number of them (I’d like to think that most are smarter than that, maybe I’m wrong).

Can you possibly imagine giving up your NFL coaching gig, surely one of the most coveted in US sports, because you refuse to take a life saving vaccine?

The mind, it absolutely boggles.

That may be an unfair mental picture, but the idea of an NFL coach wasting time reading qanon conspiracy theories on the internet? Yeah, fire him immediately with extreme prejudice.