2021 US West drought and wildfire thread

I’m becoming increasingly concerned, almost alarmed, by the continuing drought conditions across the US West.

Lake Mead, which my town of Las Vegas relies on for water, is at approximately 35% of capacity. Electricity production has already been reduced by 25% due to low water levels. In a few weeks the lake will go below it’s lowest level since the dam was finished in 1936.

The same is true for Lake Powell and for many lakes and reservoirs across the West. Boats can’t launch, houseboats pulled out of the water, floating docks left sitting on dry land, hundreds of feet from water.

Rivers like the Klamath in Oregon and the Truckee in California are in danger of having no water at all later this year.

Nevada just enacted a moratorium on non-functional grass, but that seems like a few drops in the proverbial bucket, at best. The temperature here is fixing to go above 45C (113F) with nights averaging 30+C (86+F) and with no water, fires can become super-scary dangerous; there are already wildfires burning in Arizona and California.

And there is absolutely no way, none, that this gets better any sooner than this time next year.

But… this is Year 21 of this drought. I’m starting to think maybe this isn’t temporary.

But… this is Year 21 of this drought. I’m starting to think maybe this isn’t temporary.

Climate scientists have been saying this for thirty years. And the RoxxonExxon Corporation internally for a decade before that. But hey, we can just deploy giant air purifiers to suck carbon dioxide out of the atmosphere, right? Easy peasy.

I spend a lot of time in the Grand Canyon backcountry, including every spring (except 2020) for many years. We’ve had drought conditions for a long time, but 2021 is the first year that most of the spring wildflowers just didn’t appear. It’s a minor aspect of things, but sad nonetheless.

Around northern New Mexico things are not so bleak - we’ve had a reasonable amount of water this year.

Here is a good story on our local reservoir (Folsom Lake) and the situation in this area:

At the end of May, Folsom Lake contained just 37% of capacity. Here’s why.

It’s so weird this year, Denver is having its wettest year ever. We’ve had more rain so far in '21 then we average over an entire year. Just over the mountains on the western slope they are already in extreme drought conditions.

I learned as a kid through that the wettest winters (and springs in this case) just provide more fuel for the dry part of the year. I think we’re going to have a terrible late summer for fire especially since we’re already over 90.

And there is absolutely no way, none, that this gets better any sooner than this time next year.

Obviously you and other residents haven’t been following recommended solutions: 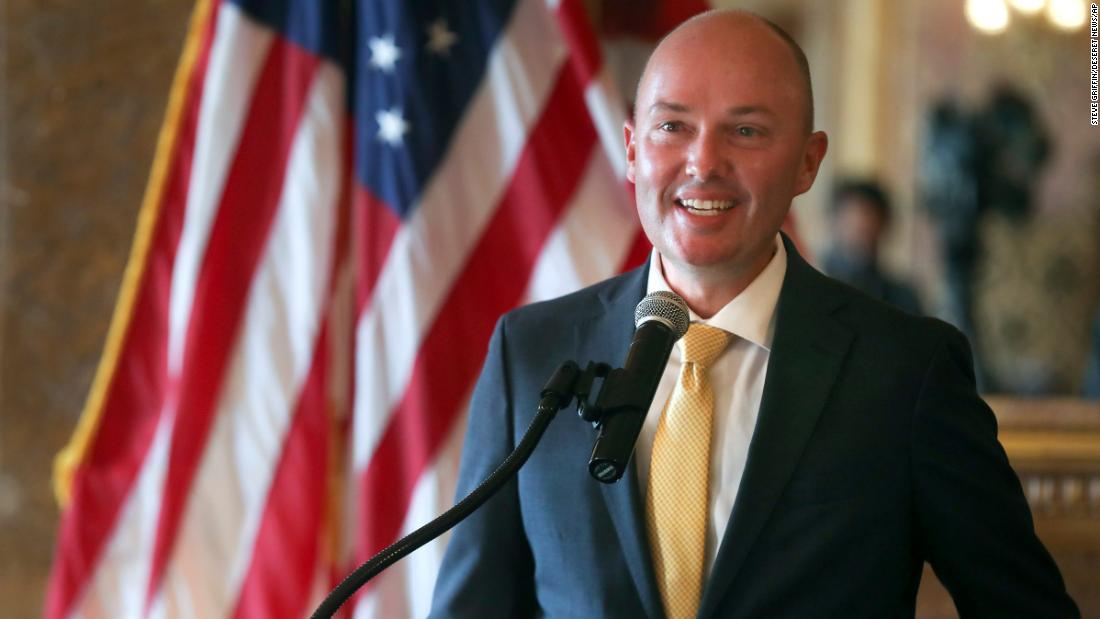 The governor of Utah is calling on a higher power to help combat the extreme dry weather afflicting the state.

A couple of months ago, we traveled to Sequoia National Park for a long weekend. I hadn’t been there in about forty years, and remembered the western Sierra foothills as green and pleasant. I was shocked to see that they now resemble a gigantic crisp, dry tinderbox, and this was in mid-April when one would expect things to be verdant. I was uneasy staying in our vacation cottage in Three Rivers as I expected a forest fire at any time. It was depressing.

The saguaros are stressed to the point that they are having an amazing bloom this year in the hopes of being able to breed before dying of heat and lack of water.

Gohmert asks if federal agencies can change Earth's or moon's orbits to fight...

Rep. Louie Gohmert (R-Texas) on Tuesday asked a representative from the U.S.

Well, that didn’t take long: yesterday Lake Mead dropped to 1,071 feet, the lake’s lowest level since it was first filled. Boulder Harbor is closed as of yesterday.

When I visited Joshua Tree NP and Chiricahua NM in early April the rangers told me that they “didn’t have a Spring” this year. The only wildflowers I saw at Joshua Tree were at the visitor center and Chiricahua was bone dry–I didn’t see a drop of water in the creeks there, which usually have at least a little water flowing in early springtime.

Climate scientists have been saying this for thirty years. And the Roxxon Exxon Corporation internally for a decade before that. But hey, we can just deploy giant air purifiers to suck carbon dioxide out of the atmosphere, right? Easy peasy.

Ah yes–the good ol’ “climate change” scarecrow. Scare-mongerers like yourself conveniently ignore the fact that this sort of thing is nothing new.

Megadroughts, by definition, are occasional events of unusual severity lasting for at least 20 years. During the past 1,200 years, four major megadroughts occurred in the American West: during the 800s, the mid-1100s, the 1200s, and the late 1500s.

The American West May Be Entering a ‘Megadrought’ Worse Than Any in...

I wonder how high the CO2 levels were hundreds of years ago.

You know if all these pipeline people want to be useful why cant we get water pipelines? General Questions

Since 90 percent of the west is pretty much is either going to die or burn down because of the drought why can’t the people who make things like the Keystone pipeline figure out how to take a pipeline from places that flood regularly to places that are in a permanent drought? they wouldn’t even have to clean it much … just pipe it to the colorado, hoover dam etc that way they get rid of the floodwater and we don’t have to live on water rationing which is becoming a permanent idea … and since i…

Hmmm, they’re not horribly expensive, and it might benefit our pets, too (cat and dove). Must get input from DH. Also considering squirreling a few more (boxes of) KN95 masks for commuting via public transit.

I just heard tonight that there’s enough water in Lake Mead to last 8 years at the current rate of consumption, if the drought continues.

And if you live in the areas where PG&E have been shutting down the electrical system in high winds, you should also get a heavy duty electricity generator–for the purifier and everything else.

To all caught up in this, It looks like a pretty terrible situation and my sympathy to all concerned.

Some general questions, what are the wider strategies that the areas intend to employ? Are there any solutions being offered that may mitigate this and future droughts? (for there will be), and what are the general populations reactions to that?

Wider strategies may include outlawing non-functional/ornamental grass and other plants, reducing power consumption, increasing local water reclamation, etc. Many places, such as Las Vegas and Phoenix, already have decades of experience doing these kinds of things and always moving towards greater efficiency.

The thing is, it won’t be enough. It already isn’t enough. And this is going to affect more than just the 40 million people in 7 states that rely on the Colorado River water to live and work.

And the first thing that people are going to really notice, IMO, is food. Food prices are going to go up and food itself may become scarce.

Ranchers are already in the process of selling of cattle. Feed prices have more than doubled in the past year and they can’t find enough water to keep their herds alive. So they sell them now and hope to re-stock next year. Except next year may be worse than this year, and this year is already worse than last year. Many are leaving the business, unable to continue any longer.

Farmers are also having trouble. Some farmers have planted crops and now can’t get enough water to bring them to market. And some are already cashing out, unable to continue financially any longer.

All of the means that there may be less food available, both meat and produce, in the near future and what is available is almost guaranteed to cost substantially more than it does today.

Because this drought isn’t just along the Colorado: there’s no water west of the Rockies and south of Seattle. This is a big, big problem.

Ah yes–the good ol’ “climate change” scarecrow. Scare-mongerers like yourself conveniently ignore the fact that this sort of thing is nothing new.

Megadroughts, by definition, are occasional events of unusual severity lasting for at least 20 years. During the past 1,200 years, four major megadroughts occurred in the American West: during the 800s, the mid-1100s, the 1200s, and the late 1500s.

The American West May Be Entering a Megadrought | Science | Smithsonian Magazine

No, @Stranger_On_A_Train is absolutely correct. You really should read your own cites. The point the article is making is not what is implied in your out-of-context quote. The point it’s making is that although there may be some natural factors behind the current pattern of drought, climate change is greatly amplifying those factors and making them dramatically worse.

This is consistent with two important effects of climate change: