I believe he was only signed to a 2 year deal which is unusual.

It was a 5 year contract on paper with the first 2 years guaranteed. The guarantee was basically the olive branch they gave him to take the lame duck job.

Not to defend Nagy, but I’m taking these reports with a grain of salt. The locker room seems to like him, and this is coming out a ear after the fact when Mitch is a free agent, trying to maybe get a starting job next year.

This is correct. The piece is a textbook hatchet job. Nagy needed to go, and Mitch was never the QB he wanted, but there’s absolutely no observable evidence that he was some toxic malcontent. Coaches always call players out for bad play in film sessions. That’s sort of the whole point of film sessions. And Mitch earned it with his play. Maybe he skipped the meeting with him, maybe there was a miscommunication, but if that happened it was well after Mitch was on his way out the door. The team played hard right up until the end and there really weren’t any issues with players airing dirty laundry in the media…which would have happened with Chicago media and with the team’s consistent failings had Nagy been this super toxic guy.

I’m glad he’s gone, but people are gullible if they take this mud slinging at face value.

There’s a right way and a wrong way to do that, y’know.

Sure, but nothing I’ve seen indicates Nagy was especially hostile or demeaning about it. I see no reason to assume so. 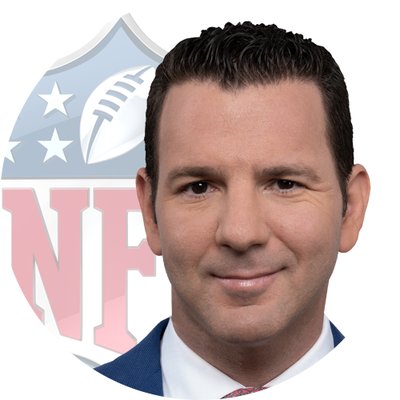 Wow. Payton is (was?) the second-longest-tenured head coach in the league, behind only Bill Belichick. I imagine that we’ll find out, soon enough, what precipitated it.

I wouldn’t be surprised if it’s a case of sinking ship syndrome.

Payton has undoubtedly been a very successful head coach, and he’ll likely get hired again pretty much anywhere if he decides to resume coaching.

But fuck him (and Gregg Williams) for the Saints’ “bounty” program that rewarded players for hurting players on other teams. Unforgiveable.

Wow. Payton is (was?) the second-longest-tenured head coach in the league, behind only Bill Belichick. I imagine that we’ll find out, soon enough, what precipitated it.

Listening to John Clayton on the radio, his speculation is that Payton is just tired. He went into this season with an awful salary cap situation, no real QB, and yet coached his butt off to make the team relevant and make it a playoff contender. I believe he still has 4 years on his contract, so if this isn’t a full retirement (and most likely it isn’t, he’s taking a break) he’ll have that to contend with if/when he returns to coaching.

Or maybe NBC, to reunite with Drew Brees. Or Drew could go with him to Fox.

Listening to John Clayton on the radio, his speculation is that Payton is just tired. He went into this season with an awful salary cap situation, no real QB, and yet coached his butt off to make the team relevant and make it a playoff contender.

I was thinking much the same. Being an NFL coach is a high-pressure job, with ridiculous work hours for most of the year. He’s been coaching for over 30 years, about half of that as an NFL head coach. He’s going on 60, and I can certainly believe that he’s burned out and tired.

Lots of craziness going on in Jacksonville. From what I can gleam:

An Arizona beat writer tweeted that Cardinals’ VP of player personnel Adrian Wilson is set to take over the Jaguars GM job, and Baalke is out. I haven’t seen any further confirmation.

It’s a good move even if it doesn’t end up netting them Leftwich. It would also mean Arizona gets a couple compensatory draft picks.

It’s old news at this point, but the Bears hired Matt Eberflus to be the HC. News that the Bears hired Matt Eberflus to be their next head coach leaked Thursday morning.

Personally, I’m a bit whelmed. Most of the commentary about the hire is positive, but in 90% of cases that’s expected for any non-controversial hire. While he’s primarily been a defensive guy, he was the Cowboys passing game coordinator for a stint with some success. Though he wasn’t the OC and was doing double duty as the LBs coach at the time, so it’s anyone’s guess how important a role he had there.

Seems like he was a desirable candidate across the league and had other interviews, but he definitely isn’t having some meteoric rise. Perhaps that signals that there’s more substance there and he’s not a flash in the pan, but it’s hard to get super excited. Some of our reporting indicates that Eberflus is something of a “rah rah” run through a wall guy. He’s better at getting effort and buy-in from players than he is an Xs and Os guy. The suggestion is that he’ll build culture well but he’ll rely heavily on the Coordinators to game plan and execute. I really like the idea of an executive type HC who doesn’t style himself as a guru and doesn’t expect to call plays during the game. I think that’s a better path to success and it allows the HC to focus on in-game stuff like clock management, personnel and situational football. But…I’d have liked a guy with a bit more time as a high-level coordinator or assistant HC. Plenty of position coaches have turned out to be great HCs so we’ll just have to hope for the best.

The hiring process has made a lot of headlines. The Bears brass, with the assistance of Bill Polian, has been interviewing HCs and GMs in parallel and had already flagged Eberflus as a “finalist” before they officially hired Poles. This made a lot of people anxious and called into question how empowered Poles really was. The PR team in Halas Hall has worked hard to put out the message that Poles has absolute control over HC hires and that Poles interviewed and selected Eberflus himself. To be frank, this smells like a bit of BS to me.

While I trust that Poles blessed the hire, I can’t believe that he wouldn’t have insisted on interviewing at least one candidate that wasn’t already on the “finalists” list. We didn’t interview a single Chiefs candidate which feels weird considering where Poles came from…though maybe that’s just a gentleman’s agreement Poles is honoring with his old bosses. I’m personally happy we didn’t hire Quinn or Caldwell, Eberflus was the less-known of the 3 public finalists and if forced to pick one he’s the guy I’d have selected. But that really just speaks to the weakness of the other candidates on this list. My main fear is that we’re sort of repeating a Pace/Fox situation where they had to wait on the GM hire and were subsequently forced to rush the HC hire.

Daboll not even making the finalist list is frankly shocking. Also, sounds like Harbaugh is staying in Michigan for a while. He never really seemed to be a serious candidate anywhere though it seems like the Raiders might still be trying to pull a Gruden 2.0 type hire.

We’ll all be watching closely to see how Eberflus fills out his staff. That feels more important now than ever before. We simply can’t have a revolving door at OC. 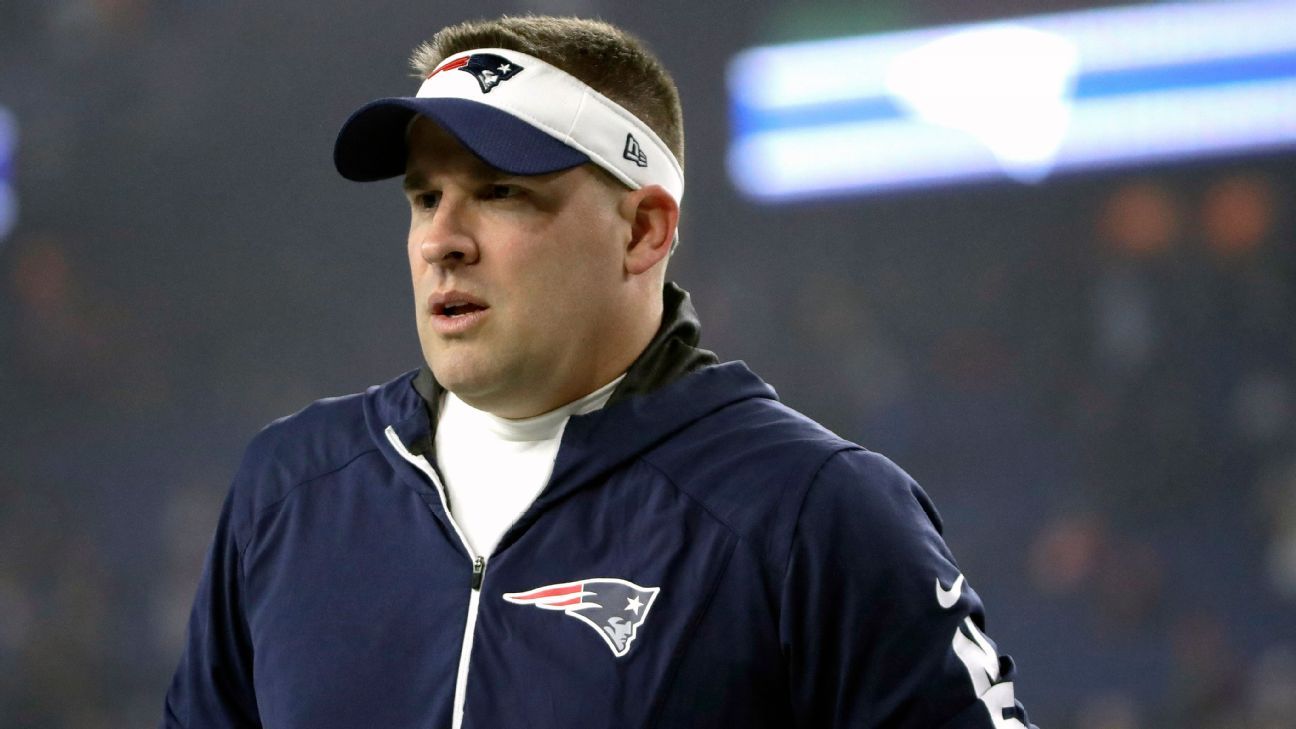 Didn’t expect that. I kinda expected McDaniels to hang around in New England until Belichick retired and he’d get promoted to HC there. 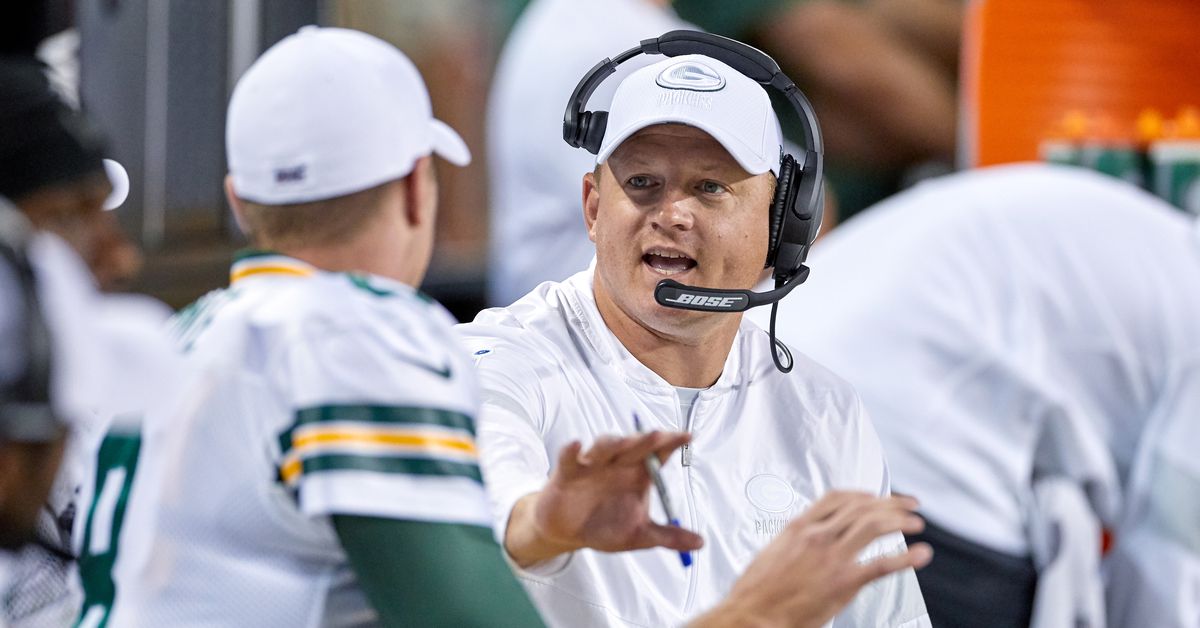 The Bears have hired their next offensive play-caller.

A couple interesting tidbits. Getsy likely had the chance to either follow Hackett to Denver as the OC or to stay in Green Bay as the OC. He chose the Bears. Anyone’s guess why, but I’m guessing, in order, it was the opportunity to call plays and be “the guy” on offense under a defensive HC and it was excitement to work with Fields and to not work with Rodgers/Love.

I’m personally a bit skeptical. I’m glad he’s relatively young, right or wrong I believe that this will make it more likely that we are doing something original on offense. I’m scared that he’s never been a play caller before and in GB he was under not one, but two offensive minds. I’m scared that his bio looks more than a little like Nagy’s did. I’m scared that Rodgers was pretty pedestrian (by his standards) for stretches this season and that Getsy didn’t really need to “develop” the QB, certainly Jordan Love is nothing to hang your hat on at this point. It’s encouraging that he seems like one of the guys in Green Bay who helped repair the Rodgers drama instead of worsening it…but it all depends on what you believe.

This is unquestionably the most important hire of the Eberflus staff (and probably of his tenure here no matter how long that lasts). Fields is the future for right now, Getsy needs to fix what’s wrong if it can be fixed. He also needs to build a WR corps that right now features Mooney and pretty much nothing else. And he somehow needs to make sure we don’t badly regress on the ground, something that never really has been a feature in GB.

If you’re looking for an OC who generated consistent perfect QB play all year long, you’re going to be disappointed.