I never paid any attention to the event. I would see the owner and the new guys smiling at a conference table on the news. I figured all the owners just got together in a big room and picked. But now that it is in Cleveland I can see it is 3 or 4 days of the draft itself plus parties, dinners, parades, tours, cookouts, etc. Has it always been this big of a spectacle?

No, it hasn’t. It wasn’t even really televised until the late '70s or early '80s. Before then, it was, indeed, a rep or two from each team in a conference room, with phones to let them call their draft rooms back home. (And, back then, it was one day.)

The NFL draft as a media event took off in the '80s and '90s, when ESPN started to televise it live. The league eventually moved it to Radio City Music Hall, and for the past few years, they’ve been holding it in different cities each year, and building other fan events around the draft.

BTW, here’s a picture from the 1975 draft, which was held in a ballroom at the Hilton Hotel at Rockefeller Center in New York: 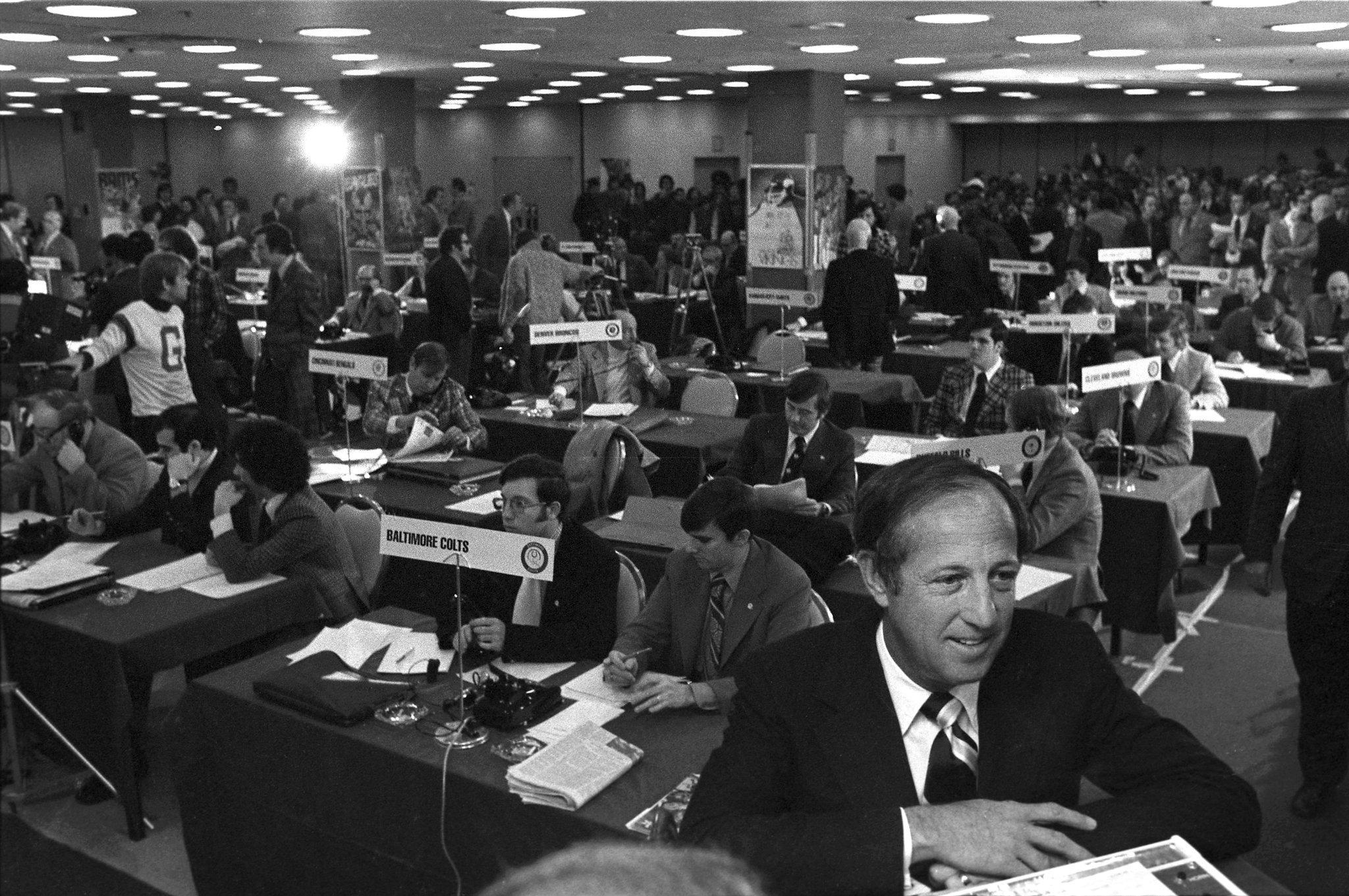 The multi day format is fairly new. It used to be on a Saturday, you’d throw on a jersey of your favorite team and head to the local bar that afternoon and watch it, a nice back to football afternoon.

The multi day format is fairly new. It used to be on a Saturday, you’d throw on a jersey of your favorite team and head to the local bar that afternoon and watch it, a nice back to football afternoon.

Heck, it used to be on weekdays! The 1975 draft, in the picture above, was (a) 17 rounds long (the last year it was that long), (b) held on Tuesday and Wednesday, and (c) held just two weeks after the Super Bowl.

I remember being a freshman in high school in 1980, and my group of friends were all crazed Packer fans – one of my friends had smuggled a transistor radio and an earplug speaker into algebra class, so he could hear the news updates of who the Packers had drafted in the first round. (It was a defensive lineman named Bruce Clark, who didn’t want to play in Green Bay, held out, and never actually played for the team.)

ESPN started televising the draft in 1980 (and the league was a little skeptical that anyone would actually watch it); shortly after that, the league moved the draft to the weekend.