This is a great article. I don’t know if it will change any minds here, but it’s worth reading. 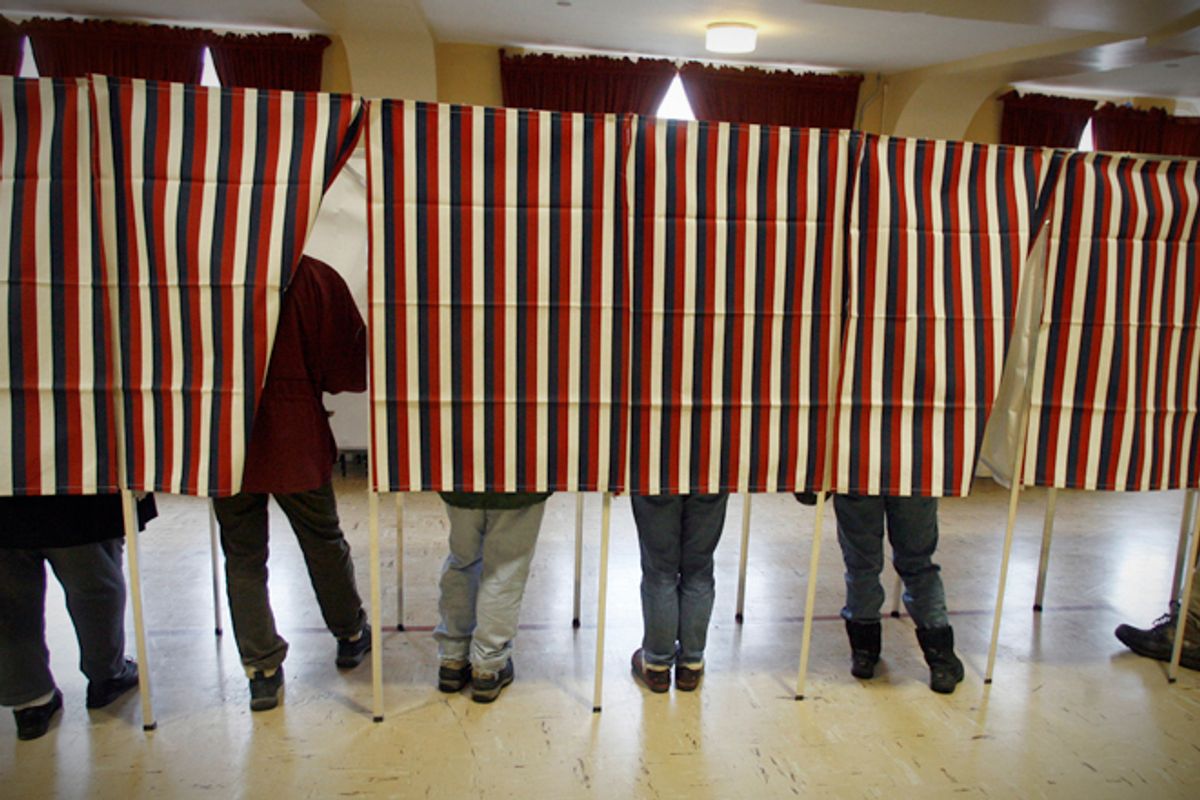 As a former Republican, the laws seemed like common sense. Now I see their insidious racial underpinnings

All this held until one night in 2006. At the time, my roommate worked at a local bank branch, and that evening when we got into a conversation, he mentioned to me that the bank required two forms of identification to open an account. Of course, who wouldn’t? But then he told me this crazy thing: customers would show up with only one ID or none at all — and it wasn’t like they had left them at home.
…
And here was the kicker: every single one of them was black and poor. As I’ve written elsewhere, this was one of the moments that opened my eyes to a broader reality which, in the end, caused me to quit the Republican Party.
…
I doubt that most Republican voters know that some Republican officials are taking steps to make it even harder to get that ID. Wisconsin Governor Scott Walker, to take an example, signed a strict voter ID law and then made a move to start closing DMV offices in areas full of Democrats, while increasing office hours in areas full of Republicans — this in a state in which half of blacks and Hispanics are estimated to lack a driver’s license and a quarter of its DMV offices are open less than one day per month. (Sauk City’s is open a whopping four times a year.) Somehow I doubt that this is primarily about saving money.

You just don’t understand, do you? Everything, everything, is of secondary importance to making sure that Americans have total faith in the electoral system*, up to and including disenfranchising legitimate voters*. Don’t worry, though, I imagine friend **Bricker **will be along any moment now to 'splain it at you.
*[SUB]Faith that a Republican will be elected, of course.[/SUB]
*[SUB]*Democrat *voters, that is.[/SUB]

“If it’s legal, it’s morally the right thing to do.”

Look, if you don’t have an ID, just drive over to the nearest DMV and get one. What, did you lose your old one?

The law, in its majestic equality, requires the rich and the poor alike to spend money and take time off work to obtain an ID"

Even in Florida and Virginia, almost 80% of Afro-Americans are not convicted felons and cannot be denied the vote as felons. That would mean 4/5 of Blacks voting if the do-gooder nutniks have their way – more than the 3/5 that God intended, as shown by His Constitution.

OP refers to some bleeding-heart who left the Republican Party over this issue. I say Good riddance to him – Go back to Kenya!

Another thread for the Loyal Leftists of the SDMB to band together and show their universal disdain for Voter ID.

Meanwhile, Voter ID laws still enjoy large majority support among the actual voting public. As usual, SDMB Leftists are desperate to make sure everyone votes, except if the dumb bastards vote the wrong way, in which case the wise Leftists get to just tell the rest of the nation what to do.

Oh, I see now! You thought we were talking about voter ID laws like they were a bad thing just by themselves! No, no, its about using that approval for corrupt partisan advantage!

Silly goose! If you had just asked, we would have told you that! No wonder you thought it was so stupid! Glad we got that all cleared up!

If the poor black wannabe voters can’t get an ID in their area because the governor shut down the DMV there, why don’t they just drive to a Republican area and use their DMV?

It’s not about the voter ID laws, Bricker. It’s about the systematic effort of making it more difficult to obtain ID’s.

Voter ID addresses in-person voter fraud, which is vanishingly rare. Fraud via absentee ballot concerns the experts on the subject much more, and Voter ID does nothing about that. It does, however, put disproportionate burdens on certain groups.

Those with paranoid fantasies about non-citizens voting in US elections should concern themselves with absentee ballot fraud, conducted via mail drops. According to the conservative jurist Richard Posner: "Absentee voting is to voting in person as a take-home exam is to a proctored one.” Good use of analogies your honor!
http://www.nytimes.com/2012/10/07/us/politics/as-more-vote-by-mail-faulty-ballots-could-impact-elections.html

Great Farting Og, are we seeing a resurgence of the honest conservative? Groovy.

As usual, SDMB Leftists are desperate to make sure everyone votes, except if the dumb bastards vote the wrong way, in which case the wise Leftists get to just tell the rest of the nation what to do.

And they enjoy overwhelming public support.

But the SMDB Cadre wants to impose their minority, unelected will and sweep away those laws.

He could, but he’d need a paper towel tube and a copy of the constitution.

It’s not about the voter ID laws, Bricker. It’s about the systematic effort of making it more difficult to obtain ID’s.

And yet the objections have not centered on this point. Indeed, in Pennsylvania, the state government created a new, more easily obtainable ID and still the apoplexy ensued.

And yet the objections have not centered on this point. Indeed, in Pennsylvania, the state government created a new, more easily obtainable ID and still the apoplexy ensued.

Well, I wouldn’t necessarily call the state supreme court apoplectic when they shut that whole thing down, would you? They concluded that the process placed an undue burden on voters and would disenfranchise them. Exactly the position taken by your opponents here.

Besides which, your tune up until now has been that if it’s legal it’s right. Seems like you ought to be singing that the situation in PA is right. It was the outcome of the legal process, after all. Right?

Bricker, “overwhelming public support” is not a good measure of whether something infringes on civil rights.

Nor is what state legislatures focus on a good measure of whether it is the crux of a problem.

Pennsylvania’s ID-getting law did not increase the hours, nor the placements, of DMV locations.

There’s a good article linked in the OP - did you read it?