A song of Ice and Fire: request for a non-spoilery evaluation of book 4 and 5

I was just reading the Guardian’s review of the season finale: 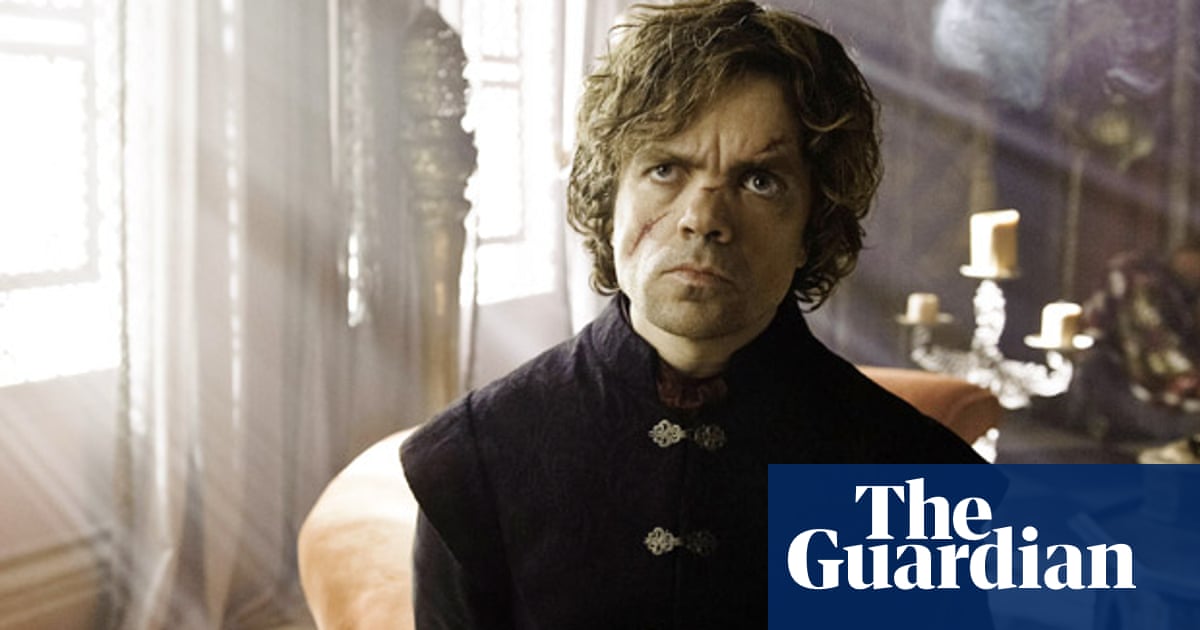 Game of Thrones season finale: for Fire and Ice obsessives, winter has come

Spoiler alert: this piece contains spoilers for season 4, episode 10: after four seasons of HBO's hit, George RR Martin's best bits have been used up. How will showrunners keep it interesting?

The author basically says that book 4 and 5 are far from mind-blowing, so I was wondering if some among you could give us a non-spoilery evaluation of these books? Do you agree with this article ? Are they boring compared to the first three?

(I ask because I’m considering reading the books now if its true, but maybe wait if their is a lot of surprising moments like the last episode)

The common complaint about the two books–besides the gap between releases, which no longer applies–is that not much happens. There’s a lot of characters being moved around (the general thought is that Martin needs to get people into specific places but is unwilling to just timeskip a book) and even some new ones introduced but all for little or no payoff. That said, I think a lot of people also agree that book 4 is more interesting than book 5. But yes there are some surprising moments and if you are one of those people that don’t want to know anything but the TV show just wait for HBO.

I’ve just re-read the whole series, and my overwhelming sensation is that it’s not nearly as good as I thought it was the first time round. For some reason, this time round, his writing feels stiff and dull, and his characters a little thinly drawn.

There’s a tremendous amount of story and plot, but I wasn’t able to extract much enjoyment from the books. I did feel that it started to go downhill around book 3, and 4 and 5 didn’t pull it back up to even the level of 1 and 2. I don’t plan to read them again, though I will read the next books as they come out.

Books 4 and 5 run concurrently until about the last 25% of 5. Most of the characters you like are missing from 4, but are in 5. Like others said it’s mostly moving characters around and getting them in the proper places for books 6 and 7 (and now possibly 8 :eek:).

FWIW, I thought 5 was marginally better than 4, if only because that’s the on Tyrion Lannister is in. Unfortunately, by this time Martin seems to have fallen out of love with his characters, and Tyrion doesn’t get much opportunity to be himself with a vengeance.

Yeah, books 1-3 are the ones that are worth it, and they’re mostly worth it for the first read-through when the twists surprise you. On re-reads, I notice the dearth of emotional content, which for some reason bothers me. Maybe because I’m a chick.

I enjoyed 4 and 5, but not as much as 1 through 3. On re-reads, I enjoyed 4-5 more than the first time around. Not nearly as many big moments, but lots of little moments for those who love the characters and the world.

I suspect it might be more enjoyable to read the two books together in some sort of hacked order (because the events of both books are largely concurrent), and I’m pretty sure such a hacked order (you’d have to go back and forth between the books) is out there on the web.

As has been alluded to, Books 4 and 5 are basically one big book. Martin was writing Book 4, realized it was going to be too long for it be one book, and so, instead of chopping in half chronologically, he split it up geographically, following one set of characters in Book 4 and an entirely different set in Book 5 (until the end of Book 5, when it passes the end of Book 4 chronologically and the Book 4 characters start showing up again).

I think this was a baffling poor decision on Martin’s part, made worse by the fact that Book 4 is largely dominated by characters we’ve never met before and/or have never been that interested in, relatively speaking. So in Book 4 there’s no Jon, no Tyrion, no Daenerys, and no Davos. We spend a shit-load of time on the internal politics of Dorne and the Iron Islands – some of this stuff is fun (especially the latter), but still.

I guess what I’m saying is that I thought the fourth book was a bit of a slog. I like Book 5 a lot more (though it’s no Book 3).

It’s actually the contrary. Martin tried to timeskip, but realized the flashbacks were taking up too much space and becoming unwieldy and therefore went back to write the books straight through rather than when he wanted to have it set.

Personally I think Books 4 and 5 actually have a lot more happening in them than people remember. But we were hungry for books after Book 3 and so much stuff happened in Book 3 that we were unprepared for a few books of more exposition than constant action. However, if you look at where everyone is at the end of Book 5 from where they were at the end of Book 3, there has been a decent amount of movement.

Book four came after a 5 year wait and featured almost none of the favorite characters at all, people were obviously disappointed and pissed. Book five took another six years on top of that, and while it did feature everyone people wanted to hear about after an 11 year wait expectations were through the roof and impossible to live up to. They are fine books, they better than almost anything else out there, they are just not as good as book three and took way too long to be finished.

Book four came after a 5 year wait and featured almost none of the favorite characters at all, people were obviously disappointed and pissed. Book five took another six years on top of that, and while it did feature everyone people wanted to hear about after an 11 year wait expectations were through the roof and impossible to live up to. They are fine books, they better than almost anything else out there, they are just not as good as book three and took way too long to be finished.

That’s the thing too. I didn’t have a years-long wait, as I bought a boxed set of all five last year and read them one after another, so the first one was still pretty fresh in my mind. I can’t imagine trying to remember back 20 years to the first one.

I seem to be the only person alive who liked Book 4 and 5. Admittedly, they are slower and not as many ‘holy-crap’ moments occur, but no proverbial sharks are jumped either. The plot continues to simmer along but the characters take center stage, with more back story dedicated to characters who were previously on the fringes. We learn more about the motivations of certain characters and how they became who they are.

At the end of Book 3, a lot of readers I think were confused because they didn’t understand what the books were actually about. Many people thought it was about the bitter conflict between the Starks and the Lannisters, but when book 3 finally finishes, the Lannisters and Starks are all but wiped out. The characters you thought were main characters are all dead and the few that remain are revealed to be the real main characters. I see the first three books as a set up for the actual conflict of the series, a way to completely devastate the realm so the ensuing action seems even more high stakes, a way to craft the characters required for the actual story.

I have my theories about what is to come, but I don’t want to get into spoiler territory. Suffice to say, Book 4 and 5 can seem pointless and wandering when viewed in the context of a Stark/Lannister lens, but as a setup to a larger conflict, they are a bit better.

That said, the stories do seem to go on endlessly at points. Martin has said in interviews that any region he creates, he likes to dwell in for a while and world build. Tyrion and Brienne’s stories suffer for this; but the television show is not as heavy on the lore as the books, so I imagine their stories will be streamlined for the screen.

I also heartily enjoyed books 4 & 5. Book 4 has a different feel because so many new characters and places are introduced, and I felt the Brienne part of the story dragged a bit, but it is still an excellent read. The 1st half of book 5 drags a little, but the 2nd half is amazing – as good as any other part of the series.

Probably the same way they’ve been handling it. Tell the same basic story, but make lots of cuts/changes in the interest of better TV. I think we’ll get quite a bit of Iron Islands and Dorne, but not much Brienne.

I happen to have read the 4 first books not long before the 5th one was published, so no long time gap for me. And I found those two books almost worthless. I’m not a great admirer of Martin’s writing style to begin with (although I like his concepts). Simply speaking, these books should be trimmed to about 1/4 of their lenght. Many characters are just wandering around most of the time, other are managing stuff, and what happen to them is mostly irrelevant to the overall story. The worst case being a new character that we’re introduced to, follow through many chapters and who then die horribly, without having accomplished anything, and without impact on the story.

There has already been some quite significant changes. [spoiler]For instance, the Brienne/the hound encounter and duel doesn’t happen in the books (and neither character is anywhere close to the Eyries, anyway), Varys doesn’t leave the capital (probably announcing the elimination of another character, Tywinn’s brother, Kevan Lannister, who plays a significant part in the books and interacts with Varys)…

Given the lack of content of the books 4 and 5, I suspect that if the showmakers don’t want the next seasons to look like the story arc of Bran (walking in search of a raven for two seasons) except for all old characters, with stuff happening only to new characters nobody has heard about until now (mostly in Essos, Dorne, Iron Islands) they might cover both during next season.[/spoiler]

ummm, OP requested non-spoilery. Way too much detail in that last post.

ummm, OP requested non-spoilery. Way too much detail in that last post.

clairobscur, your response to the OP was ill-considered. I added a spoiler box, but pls. be more respectful of others’ desire to avoid spoilers in the future.

My guess is books 4 and 5 will be combined into seasons 5 and 6 of the show. In fact, some of the things seen in the just ended season , if I remember correctly, didn’t occur until books 4 and 5.