Actors you run into in the oddest places

I was trying to think of a movie my kids might enjoy the other night. Suddenly I thought about those spinoff movies with the Ebola, I vaguely recalled them but hadn’t seen them in who knows maybe 30 years or something.

I chose I think the second one and remembered there being that fast rabbit looking thing that helps the girl and Wicket on their quest.

They hang out in this house and mess around and then hours later a cantankerous old man bursts in the door yelling about his hate of joy and children in his house, yes of course it was the man born to play such a role, Wilford Brimley.

Anyone rewatch any old movies and recognize for the first time some actor more famous for other roles, whom you didn’t really know who they were the first time you watched it?

Not Ebola, Ewoks but yes in a sense the cinematic equivalent of Ebola.

I can think of a few cases of this.

The Games was an Australian mockumentary comedy set amid the organizing of the Sydney Olympics. In one episode, an American consulting company is brought in to review some of the transportation planning and one of the consultants is Sam Neill. I read later that he was friends with the creator of The Games before coming to the U.S. and becoming successful.

Just a few weeks ago I saw an old episode of Buck Rogers in the 25th Century and thought I recognized someone. Looked him up on IMDb and it was Dennis Haysbert; ironic because theres a commercial with him where everybody recognizes him.

I saw the Clint Eastwood movie Firefox when it first came out. Saw it again years later and recognized Nigel Hawthorne, who I recognized instantly from Yes, Minister.

This frequently happens with me re-watching older movies, although sometimes I recognize the name, not the face.

The classic one that hit a lot of people was re-watching the Woody Allen flick Bananas and suddenly realizing that the subway punk who mugs him is played by Sylvester Stallone. Before Rocky, I don’t think most people took any notice of Stallone, but afterwards he was iconic, so that moment of seeing him and not knowing who he was when you first saw the film (if you had seen it before) comes as a shock.

My most recent encounter with this phenomenon was when I re-watched the movie Becket for the first time in many years, and saw the name Sian Phillips*. She played Thomas Becket’s mistress Gwendolen (yes, that’s how they spelled it). But I knew that name – she was Reverend Mother Gaius Helen Mohaim in the David Lynch version of Dune! I had to go back and check, but it was indeed her.

Of course, I should have known her from other roles – she was Livia in the BBC miniseries I, Claudius ** and Cassiopeia in the Harryhausen film Clash of the Titans, but give me credit for identifying her in at least one other role, even if only by name.

*According to Wikipedia, her real name is Dame Jane Elizabeth Ailwên Phillips, DBE. I wouldn’t have known.

** I, Claudius is a gold mine for this thread. You can see Patrick Stewart with hair, John Rhys-Davies without facial hair, and John Hurt as Caligula, in addition to Derek Jacobi as Claudius himself.

One that I always think of is the I Love Lucy episode where they are driving to California and pass through the town of Bent Fork, Tennessee. They end up at an out of the way service station in the hills run by a country bumpkin. At the end of the episode, the announcer declares that the part of the attendant was played by Aaron Spelling. I looked it up online, and lo and behold, it was indeed the very same Aaron Spelling, creator of Dynasty, Charlie’s Angels, and Beverly Hills 90210, during his young actor years.

I think he made the right call to get into producing.

The Clint Eastwood Dirty Harry movie, The Dead Pool. To the best of my memory, the plot revolves around a rock star who gets murdered. I saw it in the theater when it came out in 1988. Several years later, it came on TV one day, so I watched it for a while. And when the rock star appeared: “holy shit, that’s Jim Carrey!”

Jim Carrey should have been more well-known early on. Heck – he starred in his own prime-time major network TV show, The Duck Factory in 1984, four years before The Dead Pool. But he drifted into obscurity for a while. He played one of the three aliens in Earth Girls are Easy (also 1988). Years later, when they showed the film on Comedy Central, the ads mentioned Jeff Goldblum and Geena Davis, but not Carrey. It wasn’t until he started appearing on In Living Color in 1990 that his star started to rise again.

** I, Claudius is a gold mine for this thread. You can see Patrick Stewart with hair, John Rhys-Davies without facial hair, and John Hurt as Caligula, in addition to Derek Jacobi as Claudius himself.

Not to mention BRIAN BLESSED, with the immortal line, “Is there anyone in Rome who has NOT slept with my daughter?”

** I, Claudius is a gold mine for this thread. You can see Patrick Stewart with hair,

I’m convinced he was wearing a wig. He was pretty damn bald only 3 years later in Tinker Tailor Soldier Spy.

A couple of weeks ago I was watching an episode of Good Times. JJ thought he might have VD and went to a clinic to be tested. The guy sitting next to him was Jay Leno.

My wife has begun her binge-watching of Christmas-themed romance movies on Hallmark Channel and Lifetime. Yesterday afternoon, I took a break from work, and went into the family room, where she was watching one of these films; the scene featured the pretty female lead, talking with an older female character.

My wife asked, “Do you recognize the actress?” It was Cindy Williams, a.k.a. Shirley Feeney.

In the last few weeks, when channel-surfing, I have often paused on an old black-and-white movie and said, “Hey! It’s the Skipper!”

Actually, no. It’s usually his father, Alan Hale Sr., who apparently had supporting roles in every movie ever made in the 1930s and 1940s.

I guess I didn’t watch that many movies. The only thing I remember him for prior to “Taken” was George’s idea for Liam Neeson Day on Seinfeld.

Assuming you meant The Dead Pool, yes, he was. Though he’d also be awesome in the Deadpool movies.

…Years later, when they showed the film on Comedy Central, the ads mentioned Jeff Goldblum…

Speaking of Jeff Goldblum, he had his first movie role in the Charles Bronson movie ‘Death Wish’ playing hard against type (the lightly sardonic type he eventually grew into, anyway) playing a murderous street thug (he was billed as “Freak #1”).

Watching Hugh Laurie play Mr. Little in the movie Stuart Little is just mind boggling, although I had already watched a few episodes of Jeeves and Wooster.
I was amazed to see Peter Capaldi as the neighborhood watchman in Paddington 2.
I thought it was really neat that Adam West did the voice of The Grey Ghost on Batman: TAS of course since then he’s had dozens of VA roles.

Goldblum was one of the two astronaut recruiters (the other was Harry Shearer) in The Right Stuff, and played a played a professional gambler (and bad guy) in Silverado. He wasn’t entirely unknown at the time, but those roles were before his big breakout in The Fly.

There’s a TV commercial that started airing recently for a memory supplement called Cognium. Try to watch this without reading the comments and see if anyone looks familiar. 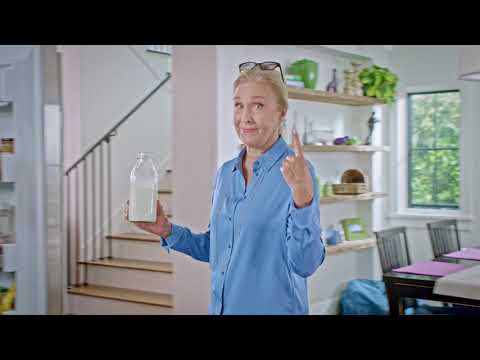 Goldblum was one of the two astronaut recruiters (the other was Harry Shearer) in The Right Stuff , and played a played a professional gambler (and bad guy) in Silverado . He wasn’t entirely unknown at the time, but those roles were before his big breakout in The Fly .

I never said that Goldblum was the unknown. I pointed out that they emphasized him over Carrey in the TV spots for Earth Girls are Easy. I knew him pretty well by the time he appeared in The Fly from previous roles, like Invasion of the Body Snatchers and The Big Chill .

You left out his part in Buckaroo Banzai

Yes, but I thought he’d be pretty well known for Buckaroo Banzai around here. I just mentioned the others as movies that posters might see (or have seen) but not known he was in them.

I was at a taping of the radio show Says You! several years ago. One of their trivia rounds was to list five actors who are in the same movie, and the answer is to name the movie; and you get more points if you can answer after only one or two names. One question was Jeff Goldblum, Fred Ward, Ed Harris, Barbara Hershey, and Sam Shepard. No one on the first team knew the answer, so the host tried the other team and they didn’t know either. He asked if anyone in the audience knew it. If you ever hear that show on NPR, it’s me (and only me) yelling out the right answer.