Actors you run into in the oddest places

Flipping through channels, I caught a bit of the awful comedy called White Chicks. I paused to watch it because they were having some sort of dance battle. And I was like “Holy Shit, it’s Debra Morgan from Dexter playing a normal girl not a foul mouthed badass”

Liam Neeson is a member of The Delta Force, as an uncredited extra in the Chuck Norris movie, which I happen to be watching at this time.

Don’t blink or you’ll miss him.

Captain Kirk and Colonel Klink both appear in Judgment at Nuremberg. It’s a bit disconcerting, actually.

A few days ago I was watching Stay Tuned again. For those that don’t remember, it’s an early 90’s movie featuring John Ritter and Pam Dawber who get sucked into a (tv) satellite dish and spend the rest of the movie bouncing around in various TV shows. At one point we meet a man named Pierce, who you may remember better as Sgt James “Surprise Motherfucker” Doakes from Dexter.
FWIW, it’s actually a pretty good movie and currently streaming on Amazon Prime (trailer).

I also just happened to catch John Early (Elliot from Search Party) in an episode of 30 Rock. Amy Schummer also had a very tiny part with about 3 lines. I didn’t catch her the first few times I watched it. 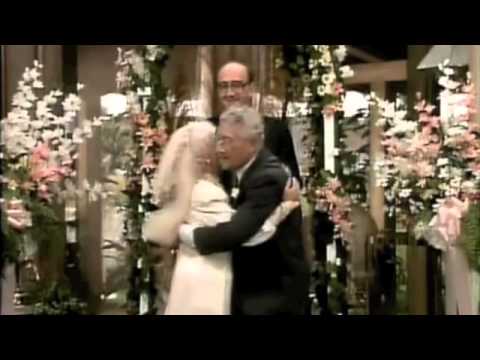 My computer lost the ability to load YouTube comments a year or so ago, and the Golden Girls clip has a resolution of roughly 1 x 1, so if anyone here could solve these mysteries …

Thank you. My lack of knowledge of popular culture really hampers me at times.

My computer lost the ability to load YouTube comments a year or so ago, and the Golden Girls clip has a resolution of roughly 1 x 1, so if anyone here could solve these mysteries

It was the best clip I could find that wasn’t part of either a top ten list or 10 minute vlog (and didn’t give it away from the thumbnail.

WRT the comments not loading. Make sure you’re logged in. For whatever reason, about a year ago, youtube either disabled comments or something broke that you can’t see them if you’re not logged in. On my work computer, where I’m not logged into youtube/gmail, I can see the comments about a quarter of the time.

Law & Order: Criminal Intent has an episode where Stephen Colbert plays a con artist and murderer. Whoopi Goldberg played a murderer in another one.

Actress Sonia Manzano who played Maria on Sesame Street had a role on Law & Order: SVU as a judge. It is just weird seeing the actors from Sesame Street play roles in other movies and shows.

Thank you. My lack of knowledge of popular culture really hampers me at times.

I ran into Bob Newhart in a Radio Shack.

I remember years ago reading that someone was on a plane and Bing Crosby sat down beside her. When it was clear she didn’t know what to do or say, Crosby just smiled and said “Everyone has to be somewhere.” And then they chatted for the rest of the flight.

Just a random comment, I keep thinking your avatar is a mosquito and not bagpipes.

I keep thinking your avatar is a mosquito and not bagpipes.

Just a random comment, I keep thinking your avatar is a mosquito and not bagpipes.

Until your post, it never occurred to me it wasn’t a mosquito.

I am not changing my user-name to Northern_Mosquito!

“That’s not a bagpipe, but don’t stop playing it.”

Welcome aboard, by the way, Coconut Pete!