I keep getting these update pop-ups. Like at least every hour. When I’m away from my computer they load by the dozens. I have an old computer, it doesn’t support this update.

How can I make them stop?

You might tell us more information on what browser (and it’s version) and what operating system and the capacities of the computer.

Adobe flash player is out of date (too high a security risk) and lots of us don’t have it installed on our browsers.

Definitely sounds like malware as no legitimate software publisher would cause dozens of reminders to appear. Look carefully at the ad and you’ll probably see that it’s not really from Adobe.

First, run both Malwarebyes and AdAware, both have free versions. You may have to run them several times to completely clean your computer.

Second, update and run your antivirus

It doesn’t have to be in this order, but some malware can block your antivirus and updates, so removing them first is required.

Another vote for malware.

By now it’s probably a good idea to uninstall the Flash Player anyway. It’s had security issues for years and my understanding is that they’ll completely remove support for it in 2020.

It could directly be malware, or the malware may be trying to use Flash. Since you hadn’t noticed the malware before, it may have been designed to run in the background, and it’s only the fact that it’s been updated to require a new version of Flash that is getting popping in. Or, yes, it’s a new bit of malware, and the “update” it wants you to install is just more malware.

You should definitely do a malware scan as directed. But you can also likely type “Flash” after opening the Start Menu and find the settings, which you can then change to never ask for updates. That is, if you actually have Flash installed separately–otherwise such a program will not exist. It would definitely then be scenario 1.

This is the original pop-up: 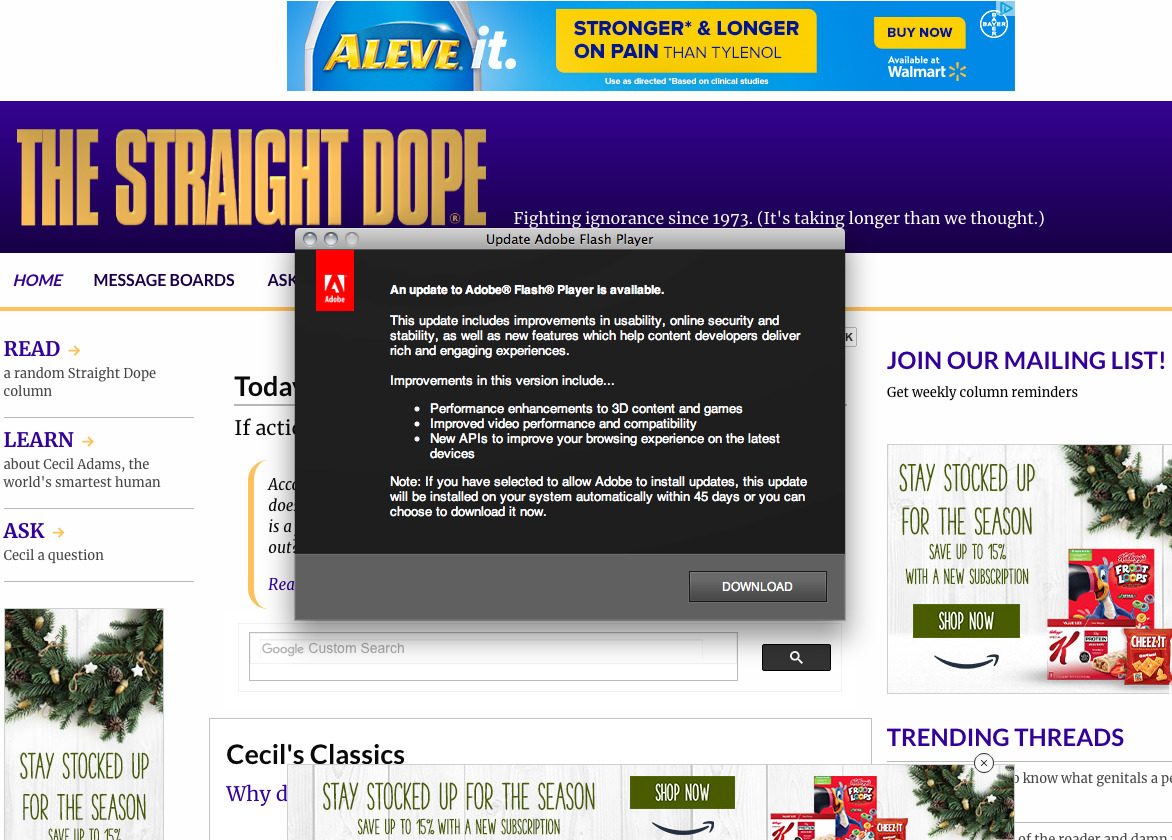 Initial attempt at uninstalling prompted a new pop-up. Now I’m getting this: 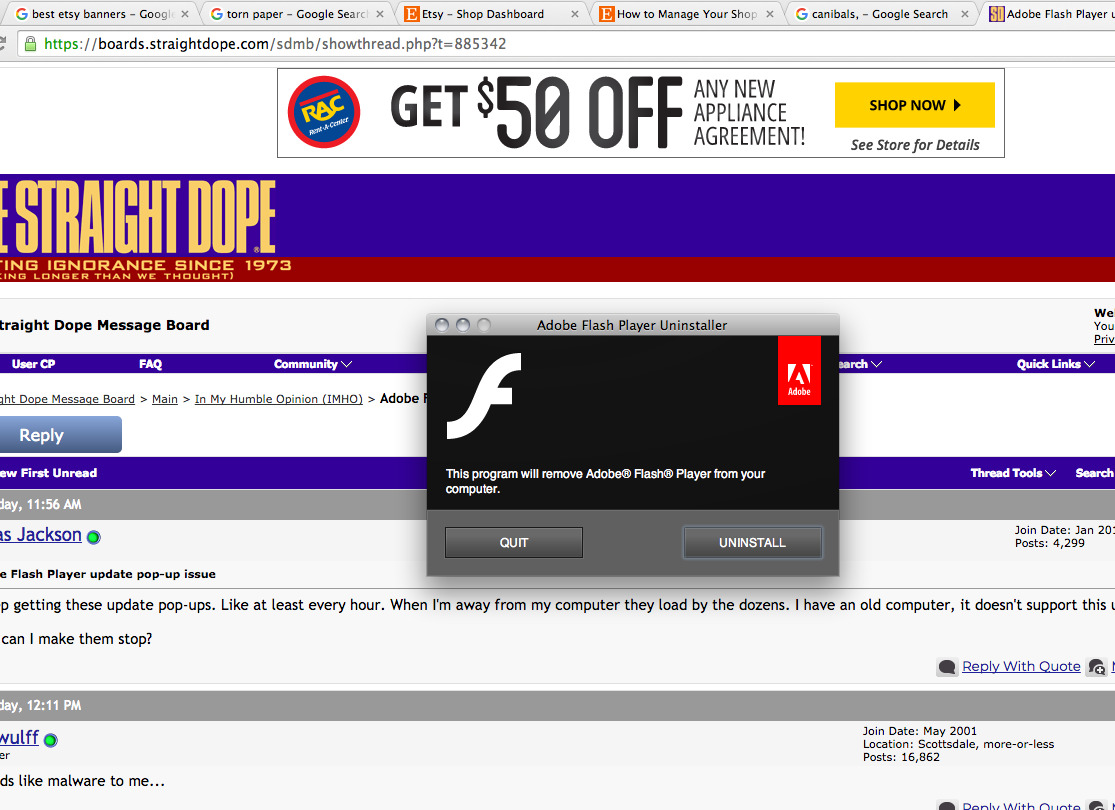 Just do the uninstall.

It’s got Photoshop on it. I can’t really afford to lose it because I can’t afford the new PS subscription alternative.

It’s got Photoshop on it. I can’t really afford to lose it because I can’t afford the new PS subscription alternative.

I certainly hope you have good backups, because your hard drive is getting pretty ancient.