Does anyone else have this issue?

When I watch anything from Amazon Prime on my TV it’s terribly blurry. Sometimes it clears up after a while but sometimes not. I’ve been trying to watch Chicago PD and it’s blurry 80% of the time.

If I watch it on my Fire tablet it’s as clear as can be. I don’t have any issues with Netflix on my TV. That’s always clear.

My grievance would be that they air a Prime Streaming ad sometimes before their show, even if it is skippable. I freaking pay for the service, I expect a Netflix-style no-ad experience.

No issues here, and I spent several hours both yesterday and Monday re-watching House via Amazon Prime Streaming (it isn’t on Netflix; I was pleasantly surprised to discover that it was part of my Prime subscription).

Like Mahaloth, I’m vaguely annoyed by the ads for other Prime shows – which, in my case, appear before *every *episode. I generally can’t be bothered to skip them, though. Oh, and also there’s no way to skip the opening credits (a feature I’ve gotten used to from other streaming services). Still, it’s better than having to pay for the show. And I like that the autoplay of the next episode starts quickly.

How are you actually watching Prime Video on your TV? Casting, Fire Stick, Roku, etc.?

How are you actually watching Prime Video on your TV? Casting, Fire Stick, Roku, etc.?

That’d be my first question as well. It could be that the device isn’t properly communicating the resolution to your television. Less likely if both Prime & Netflix are coming off of the same device.

I know on my phone app there’s a streaming quality setting. I would see if there’s a similar setting on whatever you are using to watch on TV.

Sounds like bandwidth to me. We’ll see resolution loss on our smart TV when there’s a lot of other activity on our wifi. It’s one of the reasons I’m hoping to run ethernet to that room soon.

Amazon Prime never worked well on my older Vizio Smart TVs. I ended up on the Vizio support line and it didn’t improve. Prime played perfect on computers & tablets.
I recently picked up a pair of Firesticks for Disney+ and Amazon Prime works great on the Firestick on the Vizios. They were $20 each.

Please note, not a bandwidth problem, it is a Smart TV app issue.

I saw a report on this a few weeks ago - seemed to be related to the use of a device other than an Amazon one. Of course this immediately started a theory that Amazon was messing with people to get them to buy an Amazon device and an almost immediate denial from Amazon.

I freaking pay for the service, I expect a Netflix-style no-ad experience.

Would you pay more for the service to not have ads?

I saw a report on this a few weeks ago - seemed to be related to the use of a device other than an Amazon one. Of course this immediately started a theory that Amazon was messing with people to get them to buy an Amazon device and an almost immediate denial from Amazon.

It varies, some Smart TVs have brilliant Prime play back, even the newest Vizios do, apparently the ones with Chromecast. I understand Fire TV (Amazon), Google Chromecast devices & Roku all work well. I don’t know about Apple TV or TiVo. Maybe it was one of those?

I know older Vizios don’t stream Prime well. Many older Smart TVs are no longer supported by Netflix either. So far my Vizios still area, but I mainly use the Firesticks now. It looks like I got a Xmas deal and the entry level Firestick is up to $35 now. Even the Refurbs are $30. There is a $24 Roku at Amazon

seemed to be related to the use of a device other than an Amazon one.

I’m using an Apple TV with no problem. Just one data point, but still.

I’m using an Apple TV with no problem. Just one data point, but still.

My Roku works fine with Amazon Prime as well, for another data point.

I get a bit of pixelization if the scene is dark, but it usually clears up after a minute or so. I use Chrome on my laptop.

The built in apps on TVs always suck. They work great at first, but give it a year and they start fucking up.

That’s been my experience anyway. That’s why I have a dedicated Desktop for my tv as well as a PS4.

Several users have complained about problems from low resolution quality to movies stopping and restarting on Prime Videos on non-Amazon devices. 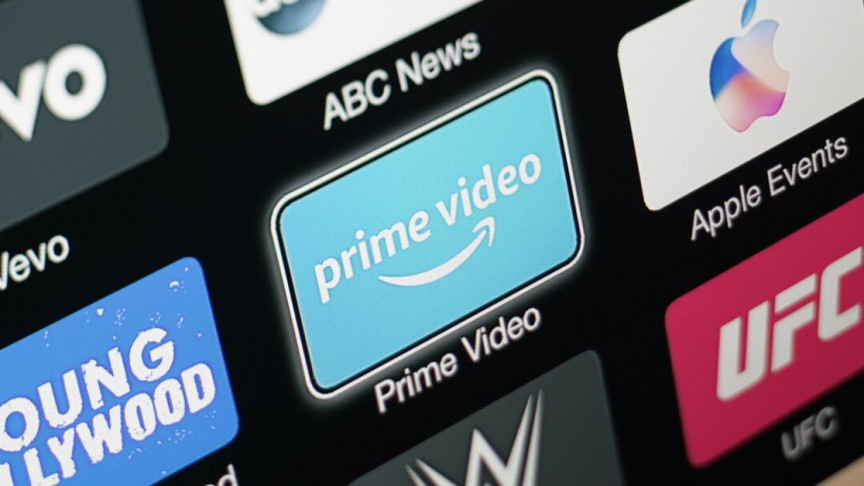 Users all over the web are reporting similar problems streaming Amazon Prime video content through their Roku devices or smart TVs.

Amazon is not saying anything useful except its canned troubleshooting reply.

• Restart your device
• Ensure that your device or web browser has the latest updates
• Ensure any external device is connected to your TV or display using a HDMI cable that is compatible with HDCP 1.4 (for HD content) and HDCP 2.2 (for UHD and/or HDR content)
• Pause other internet activity – especially if other devices are using the network at the same time
• Check your internet connection
• If you are attempting to control a device using Alexa, try to unpair then re-pair the device in the Alexa app
• Disable any VPN or proxy servers

I stream Amazon Prime on my chromebook and no problems.

good luck figuring out what you need.

Prime streams fine on my Samsung Smart TV, although whatever I select almost always fails initially; appears to be a caching issue that resolves itself after a minute or so, but I’m not sure if it’s the TV or my provider that’s the bottleneck.

Several users have complained about problems from low resolution quality to movies stopping and restarting on Prime Videos on non-Amazon devices.
https://interestingengineering.com/is-amazon-deliberately-degrading-prime-video-streaming-on-roku-devices-and-smart-tvs

Amazon is not saying anything useful except its canned troubleshooting reply.

Most of the complaints in that article seem to be about Roku. But if Amazon were really deliberately downgrading all streams via all Roku devices all the time, wouldn’t we be hearing far more outcry? I wonder if it’s something scummy but slightly less blatant - as in, if servers get close to capacity at peak usage times, the Roku streams get lowered in priority? Although… all the streaming services seem to have so much capacity these days I wonder how often that would happen.

I tend to think it’s probably more likely to be some mundane problem rather than something sinister.

We watch Amazon Prime through our Sony Blu-ray player, and the first minute or so of whatever we watch is always horribly pixelated, then eventually the resolution clears up. But it doesn’t happen when we watch Netflix on the same device, so I would have to guess it’s Amazon’s problem or a problem with the app on the Blu-ray player. Another thing that happens only with Amazon is that after watching about three episodes of a show, the CC will stop displaying and the app quits responding to the remote. I have to back all the way out to the home screen on the player and then restart the Amazon app.