Proposed reduction of age limit to 15 - I will give qualified support to this under one extremely critical condition, that EVERY POSSIBLE MEASURE is taken to minimize the chance of injury. I don’t want to see still-growing bodies get banged up for what’s essentially a meaningless contest. And I don’t ever want to see dislocated shoulders, torn knee ligaments, or ripped skin on-camera.

I agree with the last sentence almost completely. (I say almost, because I had one smug girl at the gym tell me that once you get advanced enough your skin doesn’t rip anymore, so it was very satisfying to see some of the most advanced athletes in the entire sport ripping their skin on TV and proving her wrong.) As for the rest of what you said: it’s a sport. Kids hurt their still-growing bodies in any number of sports. Balance obstacles and obstacles that require awkward dismounts do sometimes look needlessly dangerous on the show, and I don’t like to see that. But taking EVERY POSSIBLE MEASURE to prevent injury would reduce it to something less than a sport.

One-attempt Mega Wall - The Mega Wall was a welcome addition and pretty much the only way we can have any drama whatsoever at the end of the quallies course. I don’t like that they only get one attempt… why?

Fans wanting Invisible Ladder or Elevator Climb back - No. Tried and failed. Siffies had gotten too damn hard, and bringing in the much more sensible Spider Trap was a big step in the right direction. Let the dead rest.

Split Decision (choice of two balance obstacles in quallies; choice of an upper body blaster or a difficult balance task in siffies) - I like this. I like this a lot. No doubt the main motivation was to prevent really bad logjams, like the notorious Angry Birds fiasco, which would be a welcome change. The real benefit, though, is that it’s no longer going to be all gorilla arms all the time; now agility and coordination matter again. Can only make for a better contest!

Ooh, I had heard about split decision, but not what sorts of obstacles the decision would be between. Yeah, I like this a lot, too.

Ooh, I had heard about split decision, but not what sorts of obstacles the decision would be between. Yeah, I like this a lot, too.

I think this might be something that ends up less interesting than it sounds… like, once someone makes it through one way, everyone else copies them, because how stupid would you look if you were the first one who went the other way and fell. But… I hope I’m wrong. Still, I’m always in favor of change.

My concern now is for the side events, American Ninja Warrior Junior, USA vs. The World, and Ninja vs. Ninja. These are the kind of events that absolutely need big screaming crowds, so they’re not viable at the moment,

ANWJR season three is casting, so it will be returning.

Oh, good. Whatever misgivings I have about the direction of ANWJ, a reality show putting hard-working, well-mannered, honest young people front and center can’t not be a good thing. I’m predicting a tidal wave of pablum about “coping with a difficult time” and “staying strong through adversity”. Eh, if it means they get to do away with BS like “runner-up”, it’s a reasonable trade. 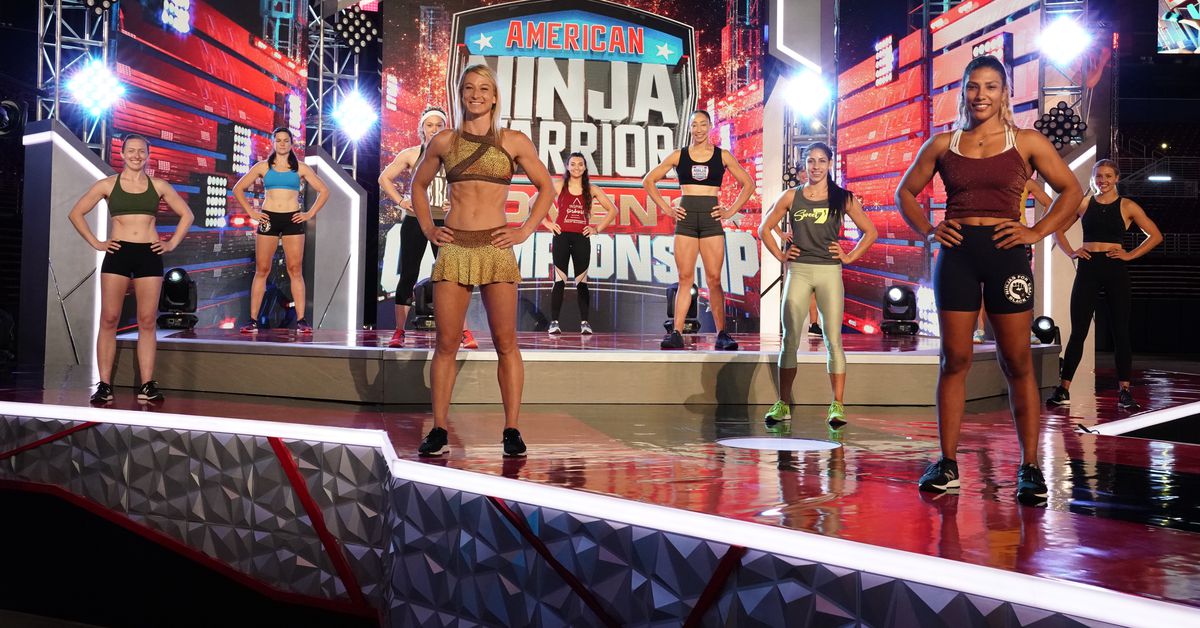 Looking forward to it! Granted, the odds of anyone whose name does not begin with the letters J e s s winning seem close to zero, but… you never know.

(Sadly no Barclay. Hopefully she’ll be back for the new season.)

(Sadly no Barclay. Hopefully she’ll be back for the new season.)

This was filmed after season twelve, which is why she isn’t there. She has confirmed on her Instagram that she’s returning for season thirteen.

They’re really trying to push the ladies, aren’t they?

Rest assured that I’ll be there with my play-by-play, though I make no promises of entertainment. My expectation (and fear) is that this is going to turn out like a typical women’s Grand Slam event, where the #1 seed completely steamrolls twelve straight sets without breaking a sweat and someone in the other half doesn’t give up her first break until the semis, meaning zero excitement before the final. Seriously, does anyone here not expect Clubhouse to run away with it? Let’s take a quick look at the field:

Graff: She’s old. I’m sorry, there’s no denying it anymore. I know she’s an icon, but age spares no one. Also, she can suffer a fatal mental hiccup at any time (USA vs. The World 3 being the prime example), which is doom in any contest with multiple rounds.
Martin: Dominant at her peak, but that was a long time ago. Never had the speed for full-burner head-to-head racing. Highly noticeable loss of confidence in recent seasons.
Warnky Buurma (yeah, I’m thinking I’ll have to give her a nickname): From almost the beginning I got a “worst of the best” vibe from her, and in recent years she’s definitely been slipping. Not sure she has anything left.
Tweb: Her fans keep waiting for her to make the jump from okay to great, and it never happens. Exposed in NVN and won’t scare anyone.

The rest are a hodgepodge never-weres and might-bes, who may have gotten up the Warped Wall or pulled off a spectacular save on Block Run that one time but aren’t ever going to accomplish anything meaningful. Unless this Ashley McConville turns out to be a blazing phenom, which I kinda doubt.

Don’t mean to be a downer (No, really!

), just think it’s a good idea not to get your expectations too high. At any rate, it’s something to occupy us other than American Idol, so there’s a plus.

Graff is old and has made mental mistakes. But Flex also makes mental mistakes and seems to have roadblocks she can’t get past. If I had to put money I’d say Flex > Graff, with only the most remote outside shot of anyone other than those two. But between the two of them I think it could honestly go either way. I feel like Graff has better grip strength and technical skill. Flex is younger and probably overall faster and stronger.

But in ANW anyone can fall off a balance obstacle, so…