Prior to two hours ago, I reckoned this fight to be laden with possibilities. Ruiz is all wrong for Joshua, shorter man with fast technical hands - excellent beard as well in their first encounter. Big questions over AJ’s mentality in the first fight and how he can recover from such an unexpected loss - a real meteor strike to a guy who has had everything his own way as a professional.

Then they weighed in earlier today.

20 stone on a bloke barely over 6 foot is a joke for a fight of this calibre. Ruiz is well out of condition and is cashing out IMHO - barring a first or second round mishap AJ cruises this one.

Not long ago they were talking about Ruiz coming in lighter than the last fight. Nobody gave him a chance last time but the conventional wisdom is that boxing rematches pick up where the last fight left off. I expect Ruiz to wade in and start throwing haymakers with the same result as the first time. Unfortunately boxers don’t always consider my expectations when they fight.

Big time. And it comes loaded with controversy. The younger generation of the Saudi elite want to enjoy the benefits of western civilization while still maintaining their lawless despotic control of the country.

I put a decent investment on Joshua once I saw what Ruiz weighed in at. Ruiz’s hunger has clearly been satiated. Might put a small amount on a KO as well, but need to do some more research.

Well, now you know about sportswashing.

20 stone on a bloke barely over 6 foot is a joke for a fight of this calibre.

Both boxers ignored my expectations. Greatly to Joshua’s benefit and to Ruiz’s detriment.

Joshua was near perfect. Ruiz did almost everything wrong. I don’t think the weight gain hurt Andy, but the Jushua’s weight loss probably helped him maintain a fast pace through the fight.

I just listened to it on the wireless, didn’t see it, but sounded like AJ fought a really composed and disciplined fight - kept it long. If he was as fresh as the commentators were saying after 12 then that is very significant, as he’s frequently gassed hard down the stretch.

Sounded like the extra stone on Ruiz probably wasn’t as big a deal as I thought - he’s clearly a big fat fighting man who can carry weight. It damn sure didn’t help, though. He’s some athlete to go 12 world championship rounds at 20 stone+.

The result is actually good for boxing IMHO as Wilder and Ruiz are both represented by Haymon’s PBC - all the belts there is too much of a closed shop and would suffocate the division as they’d just squat on them.

“The partying got the best of me,” Ruiz said of his brief time as champion, during which he also went on talk shows, had an audience with the Mexican president and bought new cars for himself and his parents.

“I didn’t prepare how I should have. I gained too much weight. I don’t want to give excuses, he won … If we do a third fight, you best believe I’m going to get in shape. I’ll be in the best shape of my life.”

Whether Joshua agrees to that remains to be seen. There is no rematch clause this time round and Ruiz, short with quick hands, is an awkward opponent. 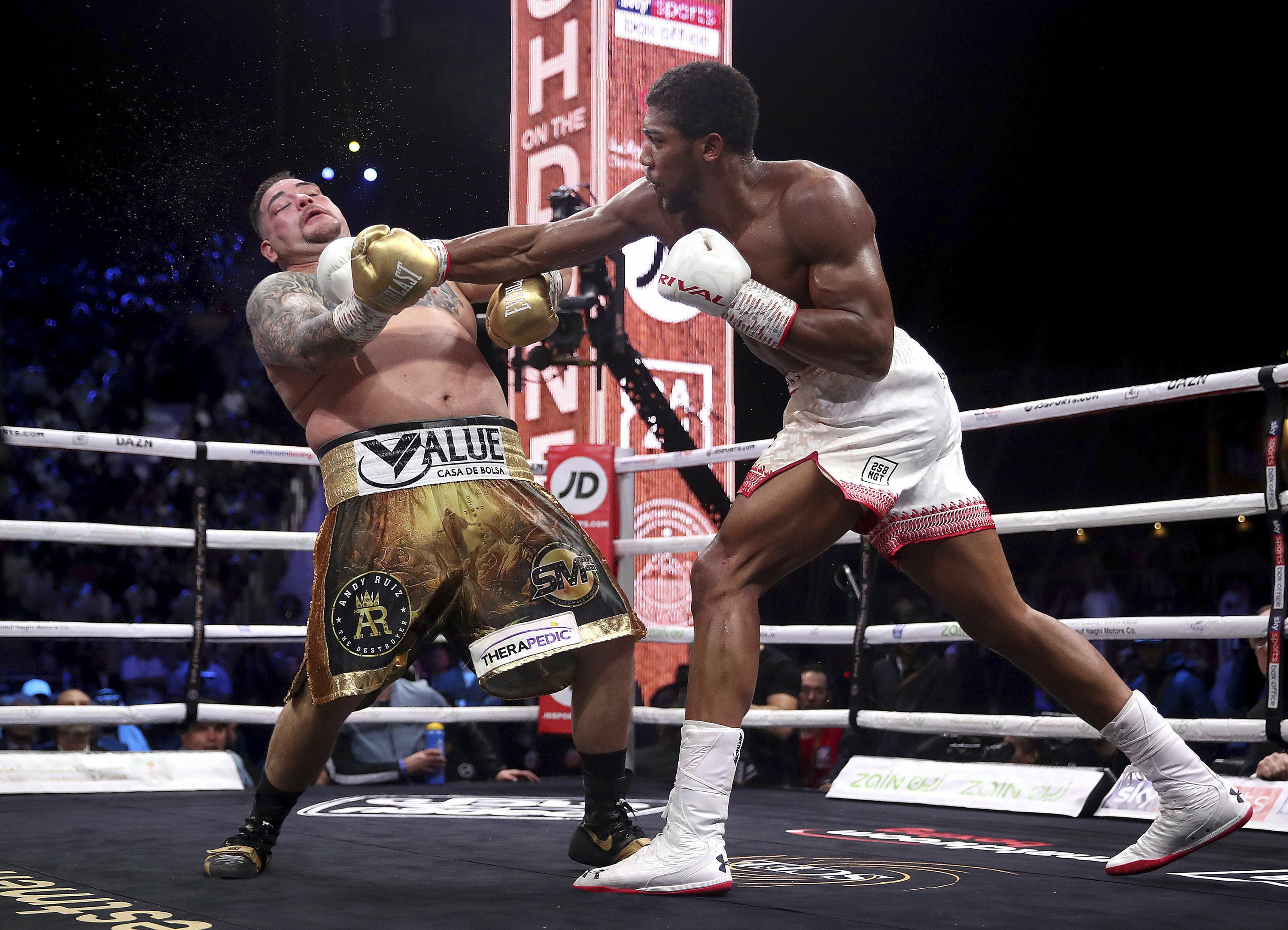 RIYADH, Saudi Arabia (AP) — Anthony Joshua jumped up and down in the ring with his massive entourage, celebrating being around $70 million richer and having three world heavyweight belts back in his possession...