Before I got all the nestukes (most of which are definitely real elephant tusk. The few that are plastic I bought cheap from somebody who knew they were plastic) my mother was telling me how the antique market had crashed in the past few years. I don’t know how old some of them are. For example, we’ve had the 7 Gods Of Happiness as long as I can remember. How old they were when Mom bought them, I can’t say.

Penn Jillette, on his podcast, recently ranted about “stuff” and how much he hates it. He claims that he says to folks who visit his house, “please steal something”.

The older I get, the more I dislike owning things. I’ve just begun noticing this within the last year.

When I was young things, big and small, were rare and expensive. Now things are common and cheap. Chairs, Musical Instruments, Pictures, Clothes, Toys – all temporary and replaceable.

Like most people, we got sucked into the ‘Wedding Presents’ thing - the dinnerware, cutlery and glasses that you were given and were for ‘special occasions’. After a few years (and realizing that we’d used them about 2-3 times at most) we just threw them all into the general kitchen cupboards with the everyday sets, worked out which pieces we liked and got rid of the rest.
And when they wore out, got broken or tarnished, we bought new stuff.

Without reading the thread… When I see ‘antiques’ I always think ‘dead people’s stuff’.

Years back mistermage, his BFF and I hit a local Estate Auction/Sale. We wandered around independently and then Mistermage and I hooked back up because he was the one with the paddle.

Hijinks incurred when the bidding war on a box of blankets happened. Usually they go pretty cheap. Mistermage finally craned his neck to see who was bidding against him: it was BFF

He let him have that box.

But then we moved next to him so that wouldn’t happen again.

They moved onto furniture and neither of them wanted anything but a cold beer. But I saw a lovely wood entertainment piece that I really wanted! It was 2 pieces stacked: the bottom had doors on either side that had 3 shelves with glass fronts and the middle was 3 deep drawers. The top had a spot for speakers (way before we bought a sound bar), a spot for knicknacks in between the speakers, and then on either side were doors that opened that had DVD and CD holders on each shelf, and the selling point for me was the middle which was roomy enough for our big screen tv.

So the bidding starts and they are still yacking. I kicked Mistermage lightly to get his attention. He flashed his paddle and we won. He was like “$250 dollars! Well, it is a nice piece.” When he went to pay for it and all of his stuff… it was only $2.50

No one had wanted it because as we found out loading it into the truck it was quite heavy.

It was 95F outside and the guys were exhausted after getting the 2 pieces in place and safely tied down plus getting their stuff loaded.

Then they had to carry it into the house. They did take a beer break while I moved the small table our big screen was sitting on. Once installed they admitted it was nice but also told me I didn’t get to go to auctions with them for a few years

That big screen TV is now my PC monitor as one XMas/Anniversary we bought a bigger tv for the living room.

We need more storage, though I’m pushing back against his notion of a shed

NO! Please listen to my sad story and don’t build another shed. When we moved into our last place, it came with a nice little wood shed that I proclaimed to be my potting shed. It also had a metal shed long enough to park two cars in. That was hub’s shed. Hubs parked his bike in there until he filled it up with crap. He started filling my shed up with crap and I bitched until he had a bike barn built, with the promise that he would clean out the metal shed. The metal shed didn’t get cleaned out and then the bike barn got full of crap and he started filling my shed again.

This took less than 5 years. When I got tired of not being able to reach my shelves because of his boxes and stuff, I deliberately gave him some beer and started bitching enough about all the garbage that he got pissed off and told me that he didn’t give a shit what I did with it. Argument over, make up sex happened and it took me almost a year to sort the good stuff and donate it while pitching all of the empty boxes.

When we moved here, he tried to do the same thing, even though we got rid of the grass and planted a small clover patch.

I think the shed is dead. I looked up our zoning ordinance and while we are allowed to put a shed between the house and the road it must meet setback requirements. But there is a way forward.

Our house and lot are “non-conforming” to the zoning code because the neighborhood plats were created a hundred years ago. So loopholes were enshrined in the ordinances that allow for reasonable use.

But first we have to apply for a special land use (SLU) permit for the princely sum of $495 with $1500 in escrow. Then we have to prove that we cannot meet the minimum setback requirements and to please let us put the shed where we want. That dampened his enthusiasm considerably!

So our little stick built shed would end up costing much more than if we just went rogue and did whatever we wanted.

Which btw the new guy down the block just did. He plonked his shed ( mighty cute with window boxes and a metal roof) on the edge of the road and on the lot line. Soon he’ll have to remove it then apply for a permit and pay the SLU fee. Fine! He can afford it! Grossly overpaid for that little house halfway down the hill. $500k in an off market deal inconceivable!

Neighbors of our old house got in trouble for raising piglets to table despite a few hundred yards away a farm of piggies going to market. Puzzled us.

Horses, goats, rabbits, chickens (and roosters) are fine here then and now. And pet pigs

Not anyone living here because 20 years later we still don’t have the HOA proposal that was sent out (illegally set in just our mailboxes minus the Postal marks).

Funny, the folk with pigs to market around the bend but not in the “Old Town That Died” non conforming residency area… sold out and moved away… or died of old age. That happens.

Then a pig/swine finishing facility showed up South of us.

Iowa has around 3 million people, a total that has not changed much over the last 80-90 years. People are large animals, and as such our bodies produce a lot of waste. That being said, we produce m…

I actually grew up on a rented house with an active pig farm. The mommas aren’t as snappy as people say if you came bearing big handfuls of prairie grass. Plus the whole being there everyday as a kid with nothing better to do than feed the piglets, talk to the mammas and then wander through the 10X20 acrea cow pasture and say “hi” to the cows, calves, and back then, the bulls.

Realistically I was in more danger from the sows. Bulls and cows are mostly veggiesaurus. Pigs are just like us. 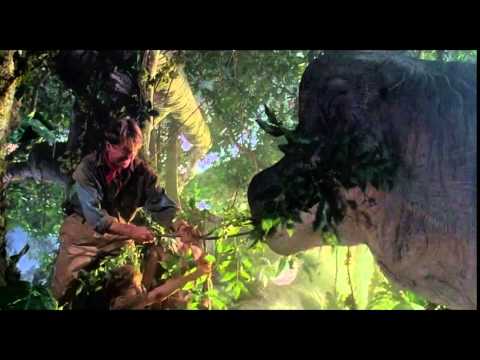 Agreed with the majority here. For some reason, us Gen Xers were brought up not to throw that away because it is “an antique” or “that was my grandmother’s.” I’ve started to come around in recent years. I bet when grandma owned something that got old and quit working, she threw it away and got a new one. She didn’t keep it for all eternity like it was carrying the soul of the person who owned it.

I’ve moved several times in my life and there is shit in boxes that hasn’t left the same box it was packed in when I left my parents’ home in 1994. This weekend shit is either getting sold or pitched.

Of course, all of my crap is brilliant!

What, and dilute perfectly good Schnapps?

I just learned that the gold is supposed to cut your throat and esophagus letting the liquor get into your bloodstream faster making you drunker quicker.

Seriously, what’s wrong with good Schnapps? Nothing, that’s what!

Of course, all of my crap is brilliant!

What are you eating?

What, and dilute perfectly good Schnapps?

Not for drinking. For its craptacular brilliance. After the fact.

I once asked a local antique dealer (who is now deceased himself) if anyone had ever recognized someone in an antique or vintage photograph. He said he hadn’t, BUT earlier that very day, someone came in, first time in the shop, and found an ancestor’s medical school diploma! This person had died well before the buyer was born, but he knew he had an ancestor with XYZ name who was a physician, and he paid something like $20 for it.

There are several Facebook groups dedicated to returning old family photos, diaries, & documents to descendants. Many of the members buy these items in antique shops for the sole purpose of tracking down family to give them to. Identified photos are prized, but even those with no ID are valued. This is directly tied to the current popularity of genealogy. As a result, these old photos, etc are now worth actual money, to strangers.

I’m almost overwhelmed by our stuff predicament. At some point I’m going to reach the end of my rope trying to get $15 for one more piece of mediocre furniture and just start making daily trips to the landfill. There are other things I want to do with my remaining years.

Put the word out (Craigslist, FB Marketplace, local antique/thrift stores, friends, & family) that you’d like to sell all of it in one go and are looking for someone to buy it all at once. There are a surprising number of people, known as ‘Flippers’, who make a living (or just extra cash) by buying other people’s ‘junk’ & re-selling it on Ebay or wherever. They are always looking for sources for new goods, they often have a lot of knowledge about what items are worth, and they are often willing to buy a whole batch of stuff to get selected items they’re interested in. Obviously, a flipper isn’t going to give you top dollar, but ff you’re not worried about getting the maximum your stuff is worth, this can be a good way to clear it out & make a few dollars.