That’s the great part of indie shows. The performers actually hear you. I had Alex Reynolds wondering who this goober (me) was because I was cheering and booing like it was Flair / Steamboat during the opening match of a House of Hardcore show, long before anyone was thinking AEW. I just spent 3 hours cheering and booing (not insulting or heckling too much, just overselling the action) and seeing how much of the rest of the crowd I could get noise out of. The guys used to bigger houses can tune it out, but it’s nice to get a rise.

That’s the great part of indie shows. The performers actually hear you.

In 2017 I went to an indy show with Cody Rhodes in the main event, not long after he’d left WWE and had been working Impact and ROH. As he and Shane Strickland were getting into the ring, someone in the balcony yelled “Stardust!” at him, which lead to the audience booing and then chanting “FUCK THAT GUY! FUCK THAT GUY!” Cody called for silence, then did a cartwheel in the center of the ring, landed on his feet, and flipped the bird at the heckler. 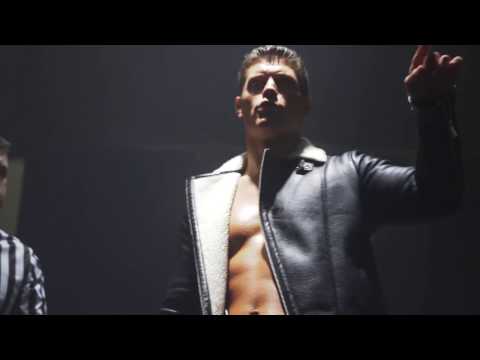 Cody did one of the HoH shows too. Got to talk with him briefly after the show. Friend I went with to the show worked out with Tommy Dreamer (HoH promoter), so we were allowed to stay after. Talked about his work on the series “Arrow” as, you guessed it, Stardust.

This year’s Survivor Series is ditching the “the only time of the year when Raw and Smackdown go head-to-head in the battle for BRAND SUPREMACY!” angle we’ve been subjected to for the past six years, where people who hate each other abruptly team up based on what color t-shirt they’re wearing to battle for the honor of a show they weren’t on until two weeks ago and win a prize that will never be mentioned again afterward.

Instead, the show will be headlined by two five-on-five face-vs-heel WarGames matches, one for the men and one for the women, which oughta be a lot more interesting. I’m predicting the Bloodline vs. Roman’s most recent top contenders for the men’s match.

I am psyched now for Survivor Series. Finally, some WarGames matches with people that I’ve actually grown to care about.

I remember the original survivor series elimination tag matches some were great some were good a few were “good ideas at the time” and several were well things that made you go " huh? "

Reminds me of Gene Okerlund’s “Teams of five will try to survive” pitch.

Then they went with 4-member teams. Okerlund didn’t have a new motto for that. “Teams of four will… try to do more?”

Personally, I’d like to see them bring back the format from Survivor Series 1990 - build the entire card out of heel vs. face team matches, and then the main event is the face survivors vs. the heel survivors. It was a great way to build suspense throughout the evening. Give the final match some sort of stakes for the final survivors, like future title shots for everyone left standing at the end, or the right to pick their entrance number in the Royal Rumble. Or maybe turn the final match into an every-man-for-himself scenario where, in the end, there can be only one, and they win whatever the big prize is going to be.

I remember when it stopped being on thanksgiving a lot of people were pissed saying things like " that was the only thing me and my crappy relatives could agree on watching Now what do we do? "

Dark is becoming the show where those who lost on Dynamite can get their heat back.

Fan at ringside wearing a green basketball jersey yells GARBAGE at Zack Clayton.
Ex: Paul Pierce fan was really fired up! Guy hates Zack Clayton!
Taz: Loves Paul Pierce.
…
Ex promos an upcoming show in Uncasville, CT and suggests that it’s an easy drive from Norfolk, Va. Zack exits ring to confront fan, who’s actually wearing a green Bulls jersey. Their colors are black and red.
Ex: Oh, it’s a Bulls jersey! That’s not a Celtics jersey. Wow.
Fan yells “Pull me over!” while Zack tells him to shut up. Other fans yell “Jersey sucks!” Vary jumps Zack from behind and the action spills back into the ring.
Taz: What is going on here in Dark right now? We got a Hook chant, then we got Paul Pierce wanting to kick the daylights …, and you were talking about your horrible travel route! What is going on here?
Ex: And it wasn’t even a Paul Pierce jersey! It was a shamrock Bulls jersey! It was a Jordan… everything has come completely unglued, Taz!
Clayton gets the victory, and stands on the corner turnbuckle in a victory pose as the green jersey guy flips him a double bird.
Taz: Double salute Jones.
Ex: By Shamrock Jordan over there.
Taz: Yeah. We thought it was Paul Pierce, but it wasn’t. 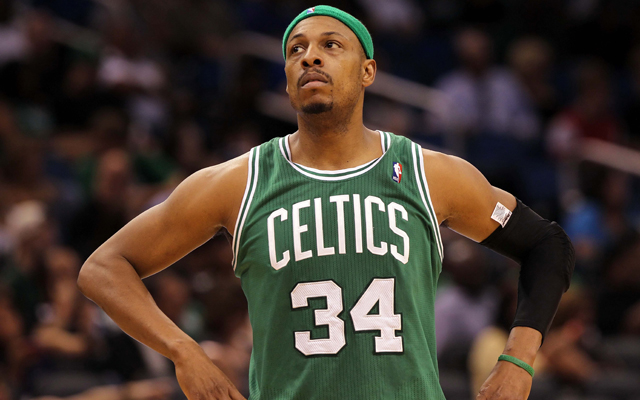 Multiple title changes tonight - Mox is now the first-ever three-time AEW world champ, the Acclaimed have captured the tag titles, and Chris Jericho is now ROH world champion, making him the only wrestler to have held the top title in WWE, WCW, ROH, and AEW.

Presale for Seattle is tomorrow, so I’m just waiting to get the AEW email with the code.

The primo floor seats had sold out by the time I woke up, so I grabbed a 14th row seat in the lower bowl which should have a clear view of the ring and ramp.

It’ll be worrh it to feel the place go insane when Danielson shows up.

“Teams of five will try to survive”

I believe it was “Teams of five will strive to survive”

Taz calls Ex “Mr. Excalibur” throughout the show because all masked wrestlers are “Mr. Something” (except Fuego Del Sol).

Konley has Angelico in a headlock next to the ropes. Angelico picks him up and drops him crotch first onto the top rope.
Taz: Konley’s obsessed with the side headlock, but now just lands straight into the yambag area. That’s gonna cause a problem when you feel that liquid in the stomach, that warm liquid in the stomach. Females have no clue what I’m speaking of that hear me, but there’s a liquid that happens when you end up on that area.
Ex: You paint with words, Taz.
Taz: I’m a descriptive man, I know the physics, I know the human body, the male body very well.

When giving shout-outs to Queens County, NY, Tazz mentioned my current town, my former town, but not the town I was born in. So 2-for-3. I never hear where I lived in Suffolk County, Long Island (LI)* mentioned, although I did work in MJF’s home town for a few years, before MJF was born though.

*I hate “Long Island” describing a wrestler’s home town. LI is 4 New York state counties, two which are a part of New York City, with literally (the real literally, not the figurative literally) hundreds of towns of various sizes. If AEW wants to indicate someone is from Long Island, then they should announce “Plainview, Long Island, NY” (which still isn’t accurate as “Long Island” is the name of the island, not an official county, but adding in “Nassua County” would just make it too long) for MJF and similar for all the LI wrestlers (like Kris Statlander, Alex Reynolds, John Silver, and a few others whom I currently forget). But I’m probably one of only dozens (and dozens!) of people annoyed by this and understand it isn’t going to change.

Dude, Long Island is more populous than 3/4 of the US states, and it’s slightly bigger than Rhode Island. It’s not easy to classify.

Antonio Inoki has died at age 79. 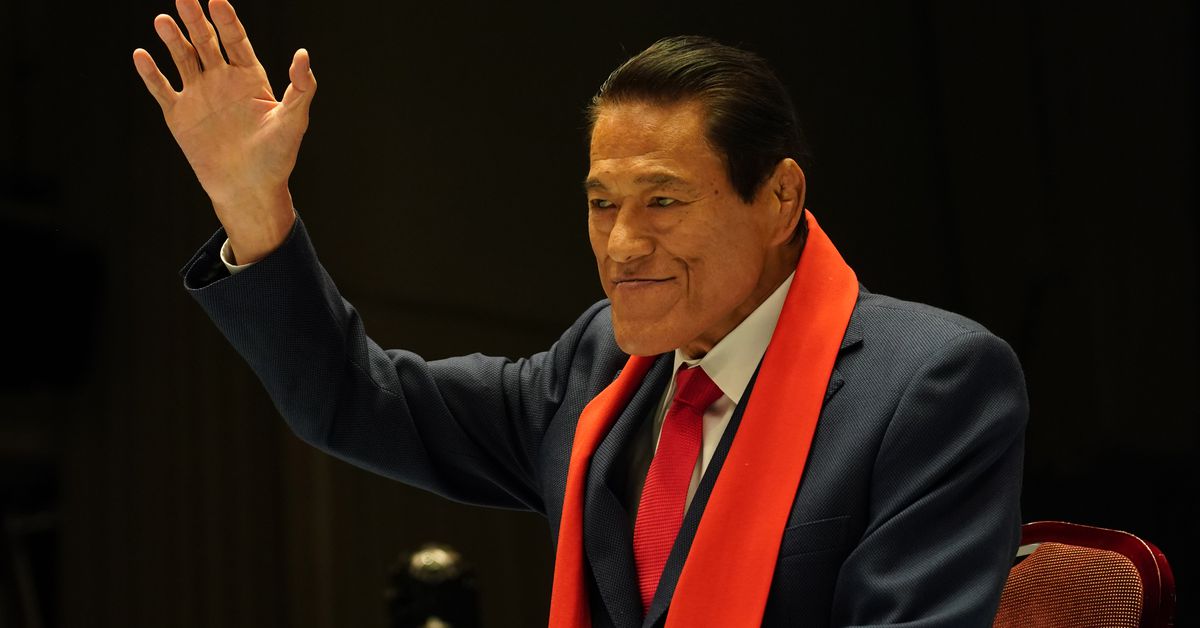 He was one of the most influential figures in pro wrestling history.

The man was a giant of the sport. Aside from founding NJPW and being a top draw for decades. his accomplishments include headlining the only western pro wrestling show to take place in North Korea, beating Bob Backlund for the WWWF world heavyweight championship (although WWE does not recognize his reign), and shoot-fighting Muhammed Ali in a controversial bout that paved the way for the development of MMA.

There’s a great clip on Youtube of a match where an American strongman named Giant Antonio started no-selling his moves and he responded by legitimately beating the man into a stupor. It’s worth a watch today.

There’s a great clip on Youtube of a match where an American strongman named Giant Antonio started no-selling his moves and he responded by legitimately beating the man into a stupor. It’s worth a watch today.

Can’t find it on Youtube anymore, but here’s the video. The no-selling starts at about 3:00, and around 4:30 is when Inoki loses his patience and just beats the tar out of the guy. 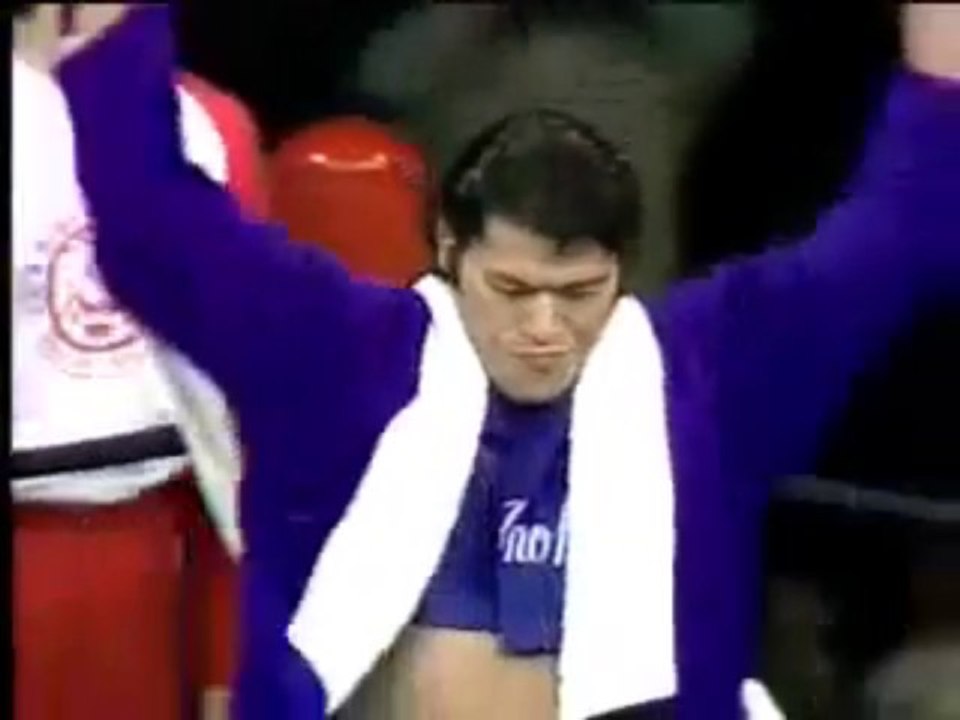