Just how the hell long is Reigns going to hold the title, anyway?

At this point, Roman is the longest-reigning champ since the days of Bob Backlund and Pedro Morales and Hulk Hogan’s first run. When he loses the championship it needs to be an absolutely huge moment, in front of the biggest audience possible, to someone who’s perfectly positioned to be the Next Big Thing.

My prediction is Bron Breakker takes it off him at Wrestlemania 40.

Short episode, and a Moxley promo took up the last 5 minutes.

Avalon is introduced.
Taz: He had his pinky out, Avalon. He had the pinky out.
Ex: Peter’s pinky was proffered.
Taz: Pinky Pretty Peter Avalon. He should change the last name to “Peterson.” Pretty Pinky Peter Peterson. Audio guys loved the pocket piece.
Ex: Is Pinky his middle name?
Taz: I dunno. Maybe it’s Pretty Pinky. And he brought the saxophonist with him.
Ex: Yeah, he’s playing right behind us.

Tonight’s episode of Dynamite featured a brief cameo from an indie wrestler named Luigi Primo, who recently went viral on Twitter as a result of a short video of one of his matches. He’s exactly the kind of wrestler Jim Cornette loathes - he portrays himself as a stereotypical Italian-American pizzaiolo (“Ayyyyy! I make-a for you the pizza pie! Try-a the deluxe! It comes-a-wit six kind of things!” etc.) who prepares pizza doughs while wrestling and often uses them as a weapon. 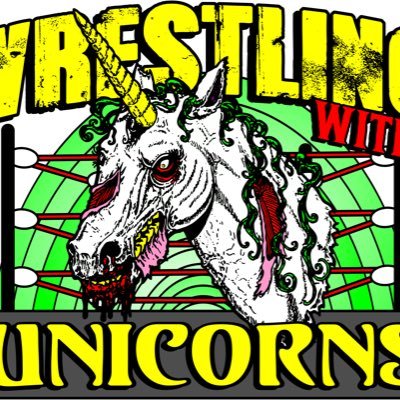 I hope we get to see more of him - I’m not a huge fan of comedy wrestling, but Orange Cassidy has proven that Tony Khan knows how to use it properly.

I saw that video! I thought that was him! He’s a hoot. And if it pisses off Jim Cornette, that much the better.

this a good idea or no? 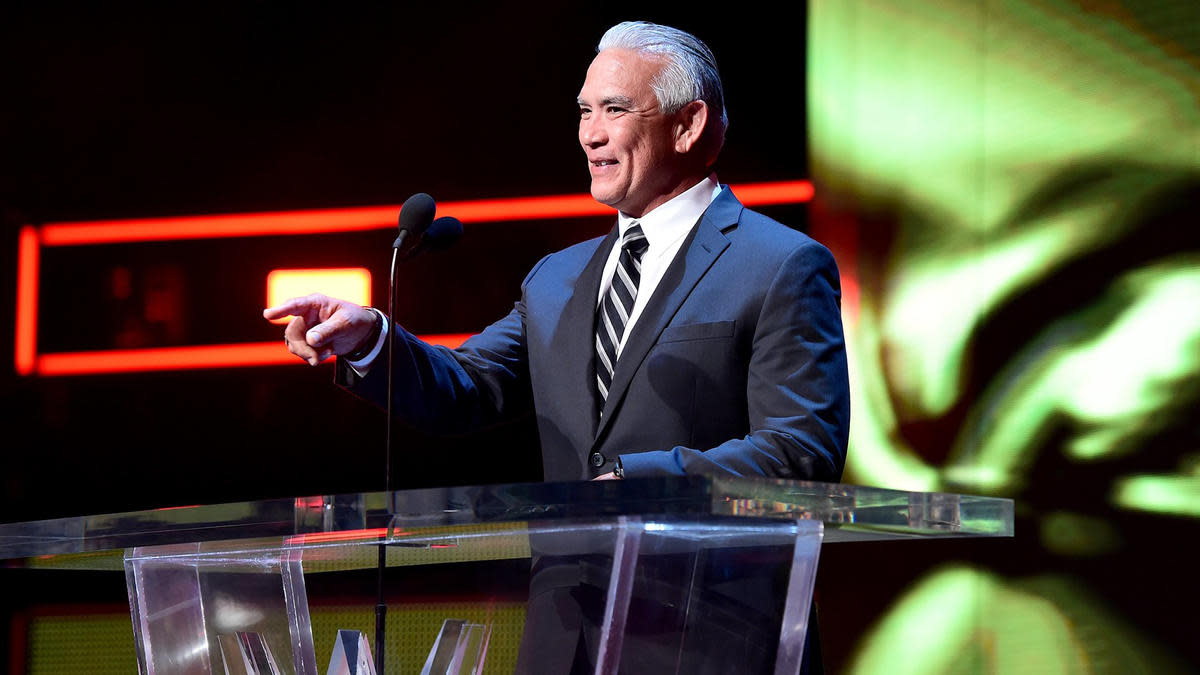 “The Dragon” will step into the ring for the first time in over 10 years on Nov. 27 in Raleigh, North Carolina.

I’m sure wrestlers based in the area will be backstage at least, like the Hardys, Hurricane Helms, Cameron Grimes, & whoever’s still in GOUGE wrestling.

Looks like Randy Orton will be out for a while longer. I think this is the beginning of the end for his career.

Riman Reigns vs. Logan Paul is going to be the main event of the next Saudi show in November, so I guess we’re finally going to have a reason to cheer for Roman.

that would of been nice …

so I guess we’re finally going to have a reason to cheer for Roman.

Seth Rollins must be tearing his hair out, wondering just what the hell he has to do to get a WWE Title shot, when some kid who’s 2-0 in his WWE career (and granted, wrestles a far sight better than Dominik Mysterio) gets to main-event one of the Saudi shows against The Tribal Chief. Part-timers getting these opportunities really pisses me off. Especially when said part-timer is such a shit person as Logan Paul.

That’d be a Vince move, but it’s not Hunter’s style. NXT has just dumped the “2.0” and the “hey '90s kids does this make us look cool and hip” rainbow logo for a new black-and-gold style, so I get the impression we’re going to see him recruiting actual wrestlers to wrestle instead of the cavalcade of bikini models and NFL washouts that the old man was obsessed with. (Granted, Roman himself was an NFL washout, but for every one of him there’s ten Baron Corbins and a hundred Demetrius Bronsons.)

I’m actually surprised Paul is considered to be a draw in Saudi Arabia - Youtube is heavily censored there and I didn’t think he’d make the cut.

That’d be a Vince move, but it’s not Hunter’s style.

I hope you’re right. I’ll watch the match with bated breath and I’ll be as relieved when Roman beats the shmuck as I was when McIntyre retained the title against Goldberg.

Rollins has a < 2 y.o. at home. If I were him, and I had the choice of not wasting all that time for a single show, I’d stay home.

I just found out that AEW is finally running an episode of Dynamite in Seattle this January, so I’ll finally get a chance to see them live. I’m surprised it took them this long, especially after they signed Danielson - I was at the Seattle Raw in 2013 where he hijacked the main event promo from Cena and Orton, which was held in the same arena as this show will be, and I don’t think I’ve been in a more electric crowd before or since. They haven’t let him work DEFY shows even though Moxley and the Young Bucks and others have done so, I guess because they were saving him for this show.

Tix go on sale next week, and I’ll definitely be logged into Ticketmaster and waiting for them to unlock.

Get the presale code otherwise nothing decent will be left. Scalpers have all kinds of bots and apps that let them get in and get the primo positions before average joes get an opportunity, and TM doesn’t care because they get their fees either way.

I got a floor seat when they came to Raleigh, and I wish I had actually settled for somewhere in the stands. I couldn’t see much when the action spilled outside the ring, and the entrance ramp was on the other side of the ring from me.

I’ve driven down to the Dallas shows. Had lower bowl for Archer v Mox. Floor for Danielson v Hangman.

Floor seats suck for wrestling events, especially when you’re several rows back and you risk being behind someone holding up a sign or carrying their kid on their shoulders.

In my experience, floor seats are only worth it if you’re in the front row or right along the entry ramp so you can get a chance to high-five the babyfaces on their way to the ring and/or taunt the heels.

There was a Smackdown in 2013 where I was seated in the second row right where the Shield made their entrance through the crowd. I patted Seth Rollins on the back as he passed, then gave Roman a pat on the bicep - and he was slathered in so much baby oil that my hand was dripping wet with it when I pulled away and had to use my other hand to give Moxley a pat.

Another great front-row experience was at an indie show in Seattle, where the heel in the match was from Tacoma. I yelled “Go back to Tacoma!” at him and he stared right at me and yelled “SHUT THE HELL UP!”

At an indy show (Wild Championship Wrestling Outlaws) in Indianapolis, one time a heel came out and I said, “You suck!” and he turned to me and said, “YOU suck!” I ate that up with a spoon.

One time, when I was in the stands for the WCW Monday Nitro in which Scott Hall won the U.S. Title in a four-way ladder match against Bret Hart, Sid Vicious, and Goldberg, I threw up the Wolfpac hand signal, and Scott saw me. He shrugged, and I shrugged back. Loved it.