I’ve never had the opportunity, but I’ve heard it’s very good. It probably doesn’t have any weirder ingredients than hot dogs or regular sausage, if you think about it.

That durian thread made me think of it.

Yeah. Nothing special. Kind of an organ-meaty meatloaf. The one I had was seasoned with just salt and pepper.

Only out of a can. (Actually, I have one can left in the cupboard.) I’ve had Caledonia Kitchen, and another brand whose name I can’t remember.

Yes, it’s good. Leaves a greasy feeling in your mouth, but it’s tasty. Think ‘hot paté’ for something close.

I still need to work on the Spicy McHaggis sandwich. I’ll try a batter next time instead of breading.

I am a keen advocate of the haggis, having lived in Scotland for some time. There it is available in every chip shop (‘fries’ as opposed to ‘crisps’), which is considerably more convenient than carrying one home and boiling it yourself.

It has no “weird” ingredients at all - just some of the bits of an animal that any right-thinking omnivore ought to be eating anyway.

Wanted to find a nice Scottish restaurant back in the states to get it over here - then found out it was illegal in the US.

I think that would have made it even better - knowing it was forbidden, but at the time I ate it I knew zero about it and only ordered on the insistence of my Scottish friend.

Yep, kind of like sausage with a little more pepper in it but not what you’d really call spicy. Scrapple is also a good comparison.

I’ve eaten it a few times with Scottish breakfasts over the years but didn’t think that much of it, until a hotel I stayed at in Edinburgh last fall served the best haggis I’d ever had–great dinner with neeps and tatties (turnips and potatoes).

Apparently you can’t sell “real” haggis in the US. :

Authentic Scottish haggis has been banned in the United States since 1971, when the US Department of Agriculture (USDA) first took a dim view of one of its key ingredients - sheep’s lung.

While millions of people around the world will enjoy, or endure, a Burns Night helping on 25 January, those in the US who want to celebrate Scotland’s national bard in the traditional manner are compelled to improvise. 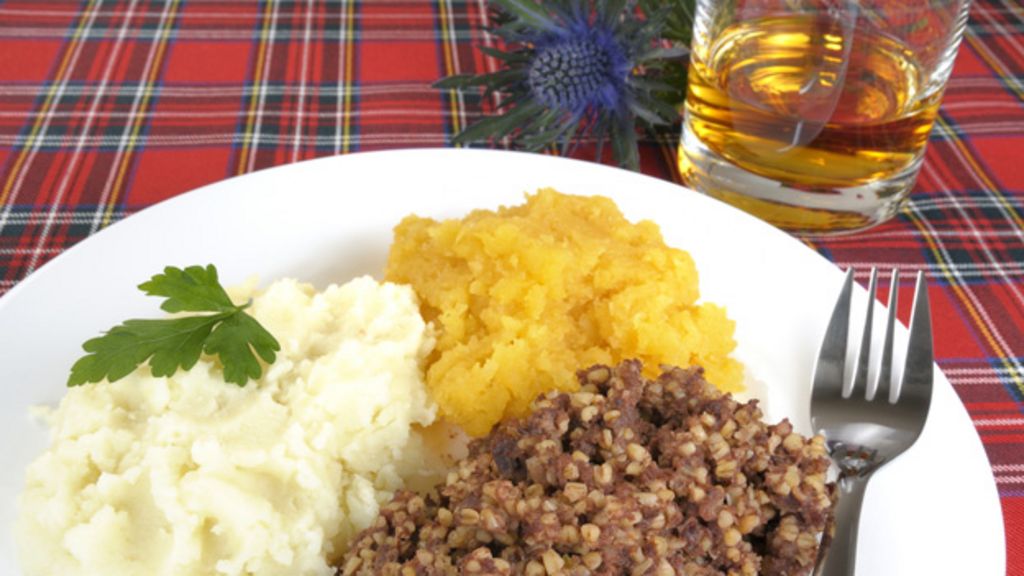 The offal truth about American haggis

Traditional Scottish haggis is banned in the United States. With Burns Night looming, how do fans satisfy their taste for oatmeal and offal?

This has lead, I’m told, to a black market in authentic lung-bearing haggis in the us, apparently among the die-hard Scotchophiles and the insane.

I haven’t tried it myself, although I’ve eaten various icky things and organ meats. The closest I’ve come in Scottish dining is eating Skirlie:

Amusing tidbit from my first cite:

A 2003 survey suggested that a third of US visitors to Scotland believed the haggis was an animal. Nearly a quarter thought they could catch one.

“No wonder you couldn’t catch the Haggis! This is a Snipe bag!”

Skirlie sounds a lot like one of the ways my wife prepares buckwheat groats. She’ll use whatever cooking fat is available, but the fat from fried salo is preferred. She prepares millet the same way. Neither is icky, but neither is particularly interesting either.

Amusing tidbit from my first cite:

Many Scots are skilled at gently pulling tourist legs with the “haggis is a real animal” thing. For instance, haggis are unusual in that the legs on left side of the body are longer than the those on the right, as they only traverse hillsides in a clockwise direction.

Many Scots are skilled at gently pulling tourist legs with the “haggis is a real animal” thing. For instance, haggis are unusual in that the legs on left side of the body are longer than the those on the right, as they only traverse hillsides in a clockwise direction.

But has anyone tried the haggis ice cream?

The haggis was the only native monotreme in Europe; once they became commercially extinct (in the 1840s) enterpreneurs developed the “Scotch Egg” to replicate the meaty taste of genuine haggis eggs.

I’ve had haggis in both restaurants here in Canada, and out of the can from specialty shops.

I love it. I tell people who ask that it’s just like a spicy sausage. And really that’s all it is.

I tell people who ask that it’s just like a spicy sausage. And really that’s all it is.

Except, without the ‘spicy’.

I ate it when I was in Scotland about 20 years ago. I recall liking it, but can’t say it left any real lasting impression on me. (And yes I knew what it was before I ate it.)

Except, without the ‘spicy’.

I had some in Edinburgh once upon a time.

It wasn’t awful it mostly tasted like really heavily peppered sausage with a vague organ-meaty flavor and sort of odd texture (the oats).

Honestly, the worst part of the whole meal was the “neeps” (mashed turnips) that came along with it. I think they were actually mashed rutabagas, since they were orange. They were horrid, dirt-tasting things. Ugh. The “tatties” were ok, although not the best mashed potatoes I’ve had.

Spicy liverwurst! It’s lovely stuff. I sometimes have it as part of a full British breakfast.

Gotta say, though, that it sits in your stomach all day long!

I’ve had it and it was just “ok”. Maybe if the person who made it was a better cook I might have liked it better.

I also tried it mixed with Scotch when I was told that it was the traditional way to eat it. That was just awful. A waste of Scotch and it ruined a perfectly mediocre haggis.