That makes no sense.

It means an injunction can last forever with no legal recourse.

An injunction is issued relative to a court case. When the case is resolved, the injunction goes away, since either it’s effects are permanent due to winning the case or they are no longer in effect because the case was lost.

Amanda Marcotte, writing at Salon (and republished at Raw Story) has a few words to say about this: 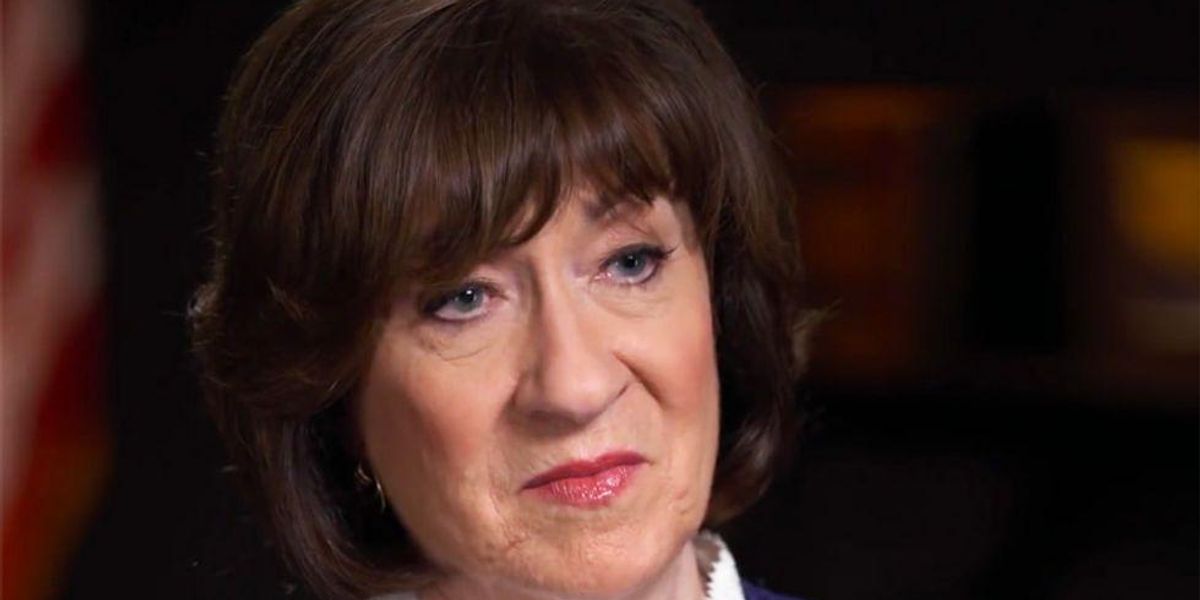 Republican Sen. Susan Collins still wants voters to believe she is pro-choice. During the hearings for Supreme Court Justice Brett Kavanaugh, Collins defended her decision to vote for the Federalist Society-linked judge by claiming to believe his...

Marcotte asks: Is Collins that big an idiot, or is she that big a liar? She is of the opinion that Collins is much more the liar than the idiot.

Are Collins and Murkowski serious about

anything at all except continuing to barricade themselves in their offices at all costs? No, they are not.

Susan Collins Calls 911 After Receiving Copy of Constitution in Mail

“I had never read it before, so it took me a moment to figure out what it was,” the senator from Maine said.

I think Murkowski probably genuinely is more genuinely pro-choice–she actually would have a much easier life in Alaska if she was a firebreather, but she’s also not willing to absolutely buck her party,

Actually, because Alaska now uses rank-choice voting in the primaries, Murkowski doesn’t have to worry as much as most Republican officeholders about emulating a fire-breather to avoid being outflanked by a real one.

(According to an excellent article in this month’s “Atlantic,” about the corrosive effects of social media on democracy and fellowship in the US.)

Marcotte asks: Is Collins that big an idiot, or is she that big a liar? She is of the opinion that Collins is much more the liar than the idiot.

Thats what I was wondering, is Collins an idiot or a liar? But yes liar seems much more likely.

I’m not sure that those are exclusive options, and evidence seems to favor both.

I’m not sure that those are exclusive options, and evidence seems to favor both.

Note that the way I worded my post, it was not exclusively one or the other – just more the liar than idiot – I think that accurately expresses the arguments Marcotte was making.