First, let me say I have Googled around on this topic and only found many hits for maps of future projections if the polar caps were to melt 100%. But, my question is about the here and now. What is the current status of the sea level rising in various places around the US? Have officials already noticed a rise in sea level in the bayous of Louisiana? What about at the Outer Banks (OBX), NC? How about other places? Have any reported to now be uninhabitable due to rising sea levels? (Surely, New Jersey and Delaware should be under water by now, right?) And, what has the West Coast experienced regarding rising sea levels?

I will say I saw an article on FB about some residences in NC that are lost to rising sea levels. Although I took it with a grain of salt (unsure of the source), it makes me wonder why OBX hasn’t gone the way of Atlantis by now?

Wikipedia has an article on it.

Since 1880, as the Industrial Revolution took center stage, the ocean began to rise briskly, climbing a total of 210 mm (8.3 in) through 2009 causing extensive erosion worldwide and costing billions.[16]

Downtown Charleston is certainly underwater at high tide more often than it used to be.

Wikipedia has an article on it.

I’ll check it out. Guess I was digging for gold in a silver mine, huh?

I’ll check it out. Guess I was digging for gold in a silver mine, huh?

In my experience, 99% of the time, Google turns up the relevant wikipedia article as one of the first few hits.

Didn’t take long to find this: Flooding of Coast, Caused by Global Warming, Has Already Begun.

Sea Level in Galveston, Texas has risen more than two feet in the past 100 years.

On the East Coast, tidal flooding is increasing.

Living roughly 745’ above what laughingly used to be call “sea level,” I laugh at my customers in NYC and the Jersey Shore. Suckers!

I live in one, more or less. I’m staying put.

And think for a moment about the enormous geological forces required to push the eastern seaboard down. And it’s not just happening there. Sea levels are rising all over. That requires more water, not more land evenly placed.

Miami Beach, FL has begun a $400 million project to raise the streets (and associated utilities) because parts of the city streets are already going underwater daily at high tide.

Living roughly 745’ above what laughingly used to be call “sea level,” I laugh at my customers in NYC and the Jersey Shore. Suckers!

Rising water levels first become a problem during storms. Boston is considering building a huge wall across the opening of the harbor to block storm surges.

A while back, I saw a piece on some news program about an island in the Indian Ocean that “shrinking” due to “rising ocean levels.” OK, maybe that was a factor, but then it was mentioned in passing that loggers from the mainland had clear-cut the mangrove forests, which caused massive beach erosion.

I wonder what people in less-populated shore areas, whether in the Third World or not, are saying about this, and what they have noticed.

NearWildHeaven: There is a big problem in some Pacific Islands: 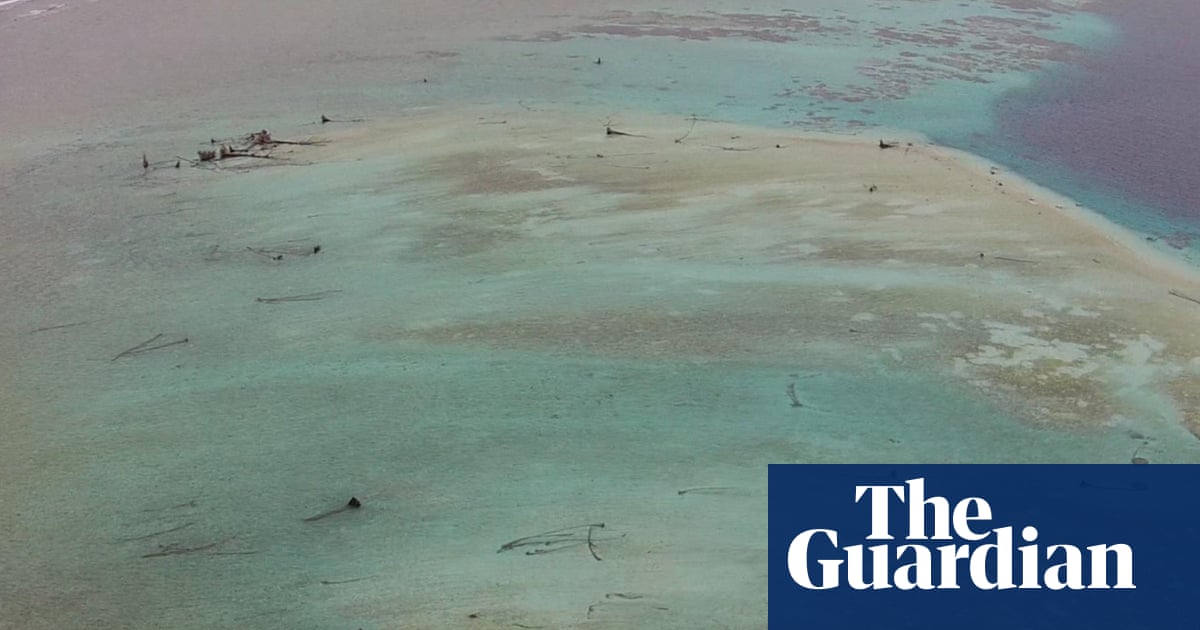 Six more islands have large swaths of land, and villages, washed into sea as a result of ‘dramatic impact of climate change’ on the Solomon Islands

Data is collected from tidal gauges around the world. Not every place can be subsiding.

If you read the Daily Caller then Miami Beach is sinking. That claim is rather easily debunked because it is so obviously incorrect it borders on outright fabrication and that the person it cites as an authority insists “that the Daily Caller misquoted her but refuses to correct the story.”

There are not two sides to this story. Unless you say that both sides are all wet, albeit in different ways.

NearWildHeaven: There is a big problem in some Pacific Islands:
Five Pacific islands lost to rising seas as climate change hits | Sea level | The Guardian

I have heard about Shishmaref, Alaska having to relocate from a sandbar to the mainland because the permafrost is melting and the sandbar is basically dissolving. There’s a short documentary about it called “The Last Days of Shishmaref” but when I found it on You Tube, it was in IIRC Dutch with German subtitles.

From NOAA’s “Is sea level rising?”

“Sea level continues to rise at a rate of about one-eighth of an inch per year.”

… and here’s a cool lil’ interactive map where we can make Silicone Valley go underwater: “Sea level Rise viewer” {and hit the link given there}

The rise should be fairly uniform throughout all the world’s oceans … although land subsidence/rebound is localized … there’s no property of water that allows it to build up one place and not another without a rather large and continuous energy input, like in a bore …

And think for a moment about the enormous geological forces required to push the eastern seaboard down. And it’s not just happening there. Sea levels are rising all over. That requires more water, not more land evenly placed.

Actually much of the east coast is going down. And yes, that’s making the sea level rise worse in those areas.

This is the result of the rebound effect due to the glaciers of the last ice age melting. When the glaciers formed, they depressed the land under them but that pushed the area around the glaciers up. When the glaciers melted, all this rebounded, so quite a bit a land that wasn’t under ice is going back down. That includes a fair chunk of the east coast such as in New Jersey and perhaps as far south as Virginia. However it’s a subtle effect and one that’s slower than the current rise in sea level. So only a small part of the increased flooding that’s happening can be attributed to it. And the effect tapers off as you move away from the glaciated region, so it’s not happening in places far away, such as Florida.