Are very gifted kids still sent to university very young? Is it a good idea?

So just watching a YouTube video (another numberphile one) about the Australian maths prodigy Terrance Tao. He went to university in 1989 at the age of 14.

Is that still something that happens? Is it a good idea? In the video Terrance mentioned he didn’t really have a social life, obviously, as all his class mates were doing the appropriate adult things that students do when they get to university and he was only 14. Is there any kind of objective measure as to whether kids that do this end up benefiting from it , as a person, not just an academic prodigy (and no Dougie Howser MD, doesn’t count

He does mention he then went to do all the regular party-related things when he did his post graduate degree (though presumably all his peers were still 4 years older than him, but he was an adult or at least an older teenager)

I saw a story on the local morning program about a young (<18) woman graduating from university in the past year. A little googling turned up another Canadian story: 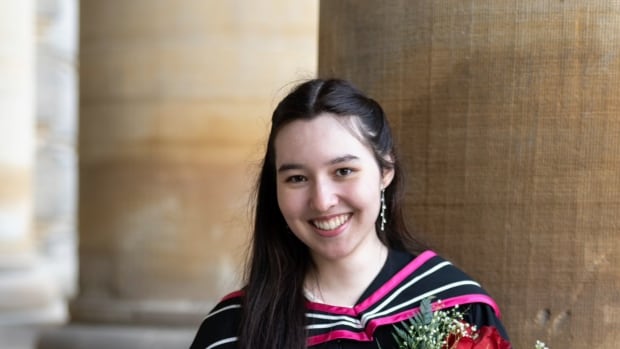 This 18-year-old just got her master's at U of T. Very few knew how young she...

Isabel Jewel, 18, and her older sister Sophia both graduated this week with master's degrees from the University of Toronto. The sisters began undergraduate degrees at the University of Alberta at just 12 and 14 years old.

Not necessarily what you’re asking about, but there are so many ways for high school students to accumulate college credit these days — AP, IB, dual credit/dual enrollment courses — that a fair number graduate already half-to-three-quarters done with a bachelor’s degree.

Is it a good idea?

Not for most people. But then, the kind of person who would do this isn’t “most people.”

It seems the only real answer is “it depends” since some kids are far more mature than others at any particular age. Being socially out of sync for some people would be a big problem, but for others not an issue since they are focused on acing their classes. If you can find the data, I’m sure you’ll find some kids that excelled being in a college environment while others suffered and were very lonely. I don’t think you can say whether it is a good or bad idea since it would depend on the individual kid involved.

I think the “traditional college environment” concept is pretty much running along on inertia, anyway. Learning schedules are long overdue for some serious change.

When I was a freshman in college (Jurassic era, 1975), my University had a program set up by the famed Dr. Julian Stanley for scientifically, intellectually, and mathematically precocious youths which admitted kids as young as 13 into the freshman class. They were of course known as the “Simpy kids”. I got to know a few of them. They had special counselors and support. They did struggle, for sure, and a number of them dropped out and some had less than optimal outcomes (depression, self harm etc). But a number went on to graduate and earn advanced degrees.

The program did get changed to the “Center for Talented Youth” after 1979 to one that identified precocious youths as young as 6 or 7 and offered enriched curriculums for them but kept them with their peer groups far more often than putting them amongst older students. CTY eventually expanded to having local programs around the world.

The link above to Dr. Stanley cites some of the conclusions of the effectiveness of the programs. Some past graduates include Lady Gaga, Mark Zuckerberg, and Google co-founder Sergey Brin. Make of that what you will.

A link to a 1979 summary of how putting the gifted youngsters in college years early worked out can be found here: SMPY

The gist of the conclusions seems to be that gifted kids with good family and social support did better by getting early opportunities.

It happens and you see newspaper articles about it from time to time. Is it a good idea? I have no doubt many can do well academically in university, but there is a social element to schooling too. I think it is likely sometimes a bad idea and probably sometimes a reasonable or excellent one. But genius is pretty individual and the details might matter. How did these individuals feel about it twenty years later?

I have to say, it depends. Sometimes it works well; sometimes badly. Terence Tao won a Fields medal, more or less the Nobel prize of mathematics. I met him once and he seemed like an ordinary sociable person, so I think it worked well for him.

On the other hand, I had a sort of friend in HS. We met in the math club. He was a year and a half behind me in HS. He got a summer job in the lab I was working my way through college in when he was still a HS junior. It was finding the best fit of points in an 18 dimensional plane. He was working for an X-ray crystalographer is all I know. He went over to the math dept to try to find help. Nowadays I am sure there are computer programs to deal with this, but I am talking about 1954 and all he had was an electromechanical 4 function calculator. Anyway, he so impressed one of the professors there that the prof arranged for him to be taken from HS directly into grad school. Bad mistake. He was not ready, he flunked out, did not finish HS, did not finish college (although he was admitted) and never got his life together. The professor in question confided in me some years later that he had never made a worse mistake in his life.

There was a 14 year old at my first college in 2004. She did high school and college at the same time, and was a sophomore in college while a junior in high school. She had friends and seemed to be doing quite well.

Unfortunately, I changed colleges and didn’t keep up with her, so I don’t know how it all turned out. But she seemed more on top of things than even I was at the time.

What’s the point of it? So you enter the work force 4-8 years earlier. Frankly, I don’t see the upside.

Not necessarily what you’re asking about, but there are so many ways for high school students to accumulate college credit these days — AP, IB, ddual credit/dual enrollment courses — that a fair number graduate already half-to-three-quarters done with a bachelor’s degree

This. Fifty years ago, there wasn’t really a spectrum of advanced academic opportunities: if the standard high school wasn’t challenging, college was the other option. Now, however, you can often construct a challenge level that is appropriate for a student’s skill and ambitions while staying with an age group. About a quarter of the Freshmen at the school I teach at are taking AP Bio and AP Calculus AB: by the time they graduate, most kids have taken tons of AP classes, including calucus based Physics, Chemistry, etc. I’ve no doubt many of them would have done fine if they had gone straight to college with a little support.

But it’s better to stay with their age group. The social stuff is easier, with like-minded kids, and now they are set up to go to any college in the world and be aet up to thrive: they have a much stronger foundation, and have more mental bandwidth for things like research projects and other enrichment.

There is also a lot of “middle” now. You can take a few AP or dual enrollment classes, if that is as much energy as you want to put it. It’s much, much better.

I understand that concern completely but for the truly gifted, they’re more likely to be getting an early start in a challenging, important and enjoyable field.

Fifty years ago, there wasn’t really a spectrum of advanced academic opportunities: if the standard high school wasn’t challenging, college was the other option.

I’m far from a genius, but going to school in the 60’s and 70’s, I was bored and unchallenged despite being in all the top tier classes and groups within those classes (except math) with my peers.

The turning point for me was in the 6th grade, when my teacher assumed I finished my report on Aborigines along with my peers and spent the period for the next week drawing and cutting out fishes to put on the board for our next topic, oceanography. Just busy work while everyone else caught up! To this day, I don’t know or care anything about Aborigines. My apologies to those who I’m sure have a rich and interesting culture.

We weren’t allowed to research or read ahead because we’d be even further ahead of the rest of the class.

The Vietnam War (Conflict) was still going on, but we we’re allowed to ask or say anything about it, even in current events.

I meandered in and out of middle and high school, never finishing a year, yet was continually allowed to advance “because I was smart and could do the work!”