Arrr! Matey are you watching Black Sails on Starz?

The first episode has been released early online Starz Play It’s probably on youtube too. Looks like it will be a fun series. Starts Jan 25. 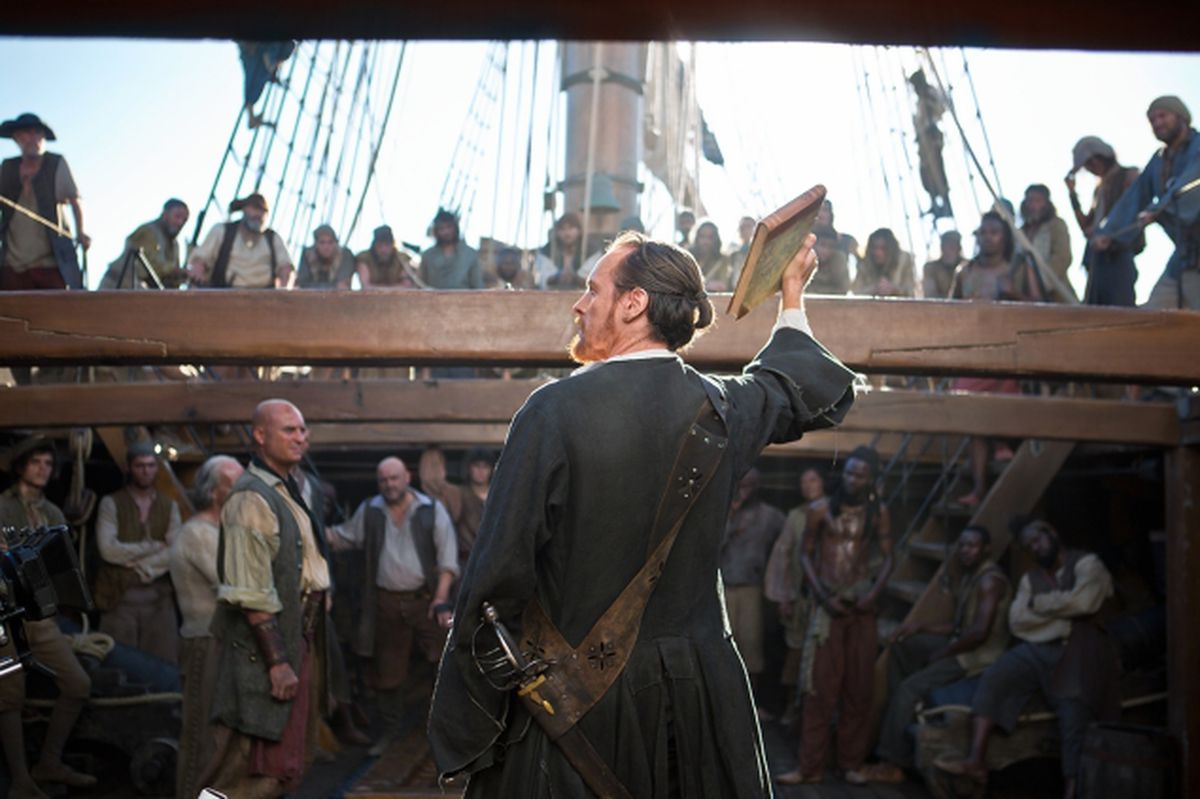 Much as we all loved Johnny Depp’s Captain Jack Sparrow in the first “Pirates of the Caribbean,” the real-life golden age of seagoing piracy wasn’t all swash, buckle and clever repartee. That’s why Jonathan E. Steinberg says he and Michael Bay...

In the following interview, Jonathan E. Steinberg, who also serves as Black Sails ' show runner, spoke about the choice to opt for gritty realism...

I saw the first episode. It wasn’t terrible. The plotting was OK, and they didn’t try and drown the audience in mythology, which was good.

The dialogue and the characters, especially the lead, are kind of generic though. Hopefully they’ll find some way to make them more interesting in the next few episodes, or I doubt the show will go past its first season.

I caught this show over the weekend. I really wanted to like it, but the pilot really didn’t pull me in. And why would the cook know about the super secret plan of the captain?

Also much less gratuitous sex and violence than Spartacus, which was the only reason Spartacus was a fun guilty pleasure to watch.

And why would the cook know about the super secret plan of the captain?

I’m hoping it will get better. Lets see how the next episode goes.

Watched it, then watched it again last night. It’s OK but something isn’t coming together for me and I can’t put my finger on it. Of course, the first episode they have to introduce all the characters. None of them is interesting to me yet.

I turned off the pilot episode of Sparticus half way through because it was absurdly bloody and I didn’t like the characters. I picked up the show later and went on to really love it, so there’s hope.

I thought it was pretty boring. I’m following the people making Outlander via social media, and they really pushed this. Was disappointed. The two new seconds of Outlander footage made 70 minutes of boredom worth it though, tee hee.

As my husband said, “Everybody thinks it’s easy to make Game Of Thrones.”

Yes, but the real cook that John Silver killed was the one who stole the page from the log book. He is the one I meant when I said “why would the cook know about the super secret plan of the captain”. I doubt he was in Treasure Island since he only lasted 5 minutes into the “prequel”.

All true, but my point was that in Treasure Island an older LJ Silver is hired as a cook, and despite the other main characters attempt to keep the secret, knows about the Treasure map, etc. So the cook on Flint’s ship being in on the game and trying to turn against his captain and grab the map was an obvious nod to the RLS book.

We don’t know how the first cook found out the secret, but presumably he over-heard Flint and his first mate. Ships are hard places to keep secrets.

I just watched the first episode and I was pleasantly surprised by it. I was worried it would be super stylized like Spartacus or super melodramatic like Boardwalk Empire but besides the fact that everyone was incredibly good looking for 18th century prostitutes and sailors it was pretty well grounded in reality. At least for a TV show. I’m looking forward to the new episode tomorrow.