Attack of the Amazing, Colossal MONSTERS!!!!!

The premiere of the new King Kong is two weeks away. So I thought it might be appropriate to start a new thread to round-up and discuss / debate / quibble / flame about our favorite monsters - be they from film, comic book, old mythos, tall tales, print or what have you.

Who’s your favorite? Whom do you think is wimpy and ridiculous? Who is unfairly neglected? Which perverse monstrosities could take out what freakish abominations? Let’s say, for example, Godzilla, Kong, Cthulhu & the Midgard Serpent all descend upon…oh, Sheboygan, all intent on devouring the city. Angered at seeing they have competition, these creatures duke it out for the right to lay waste to the fair metropolis. Which one emerges from the tussle victorious?

N’yarlathotep, “black goat with 1000 young” - or something such as that. Oft mentioned, but AFAIK was never actually featured in any Lovecraft story. Still, with a name like that you know it had to be one bad-ass creature.

the Kraken - from “Clash of the Titans”. Ray Harryhausen, you are a god.

I’ve actually been to Sheboygan. Whachoo got against Sheboygan???

Now Oshkosh. Those guys are just asking for it. B’gosh.

Let’s say, for example, Godzilla, Kong, Cthulhu & the Midgard Serpent all descend upon…oh, Sheboygan, all intent on devouring the city.

the Kraken - from “Clash of the Titans”. Ray Harryhausen, you are a god. 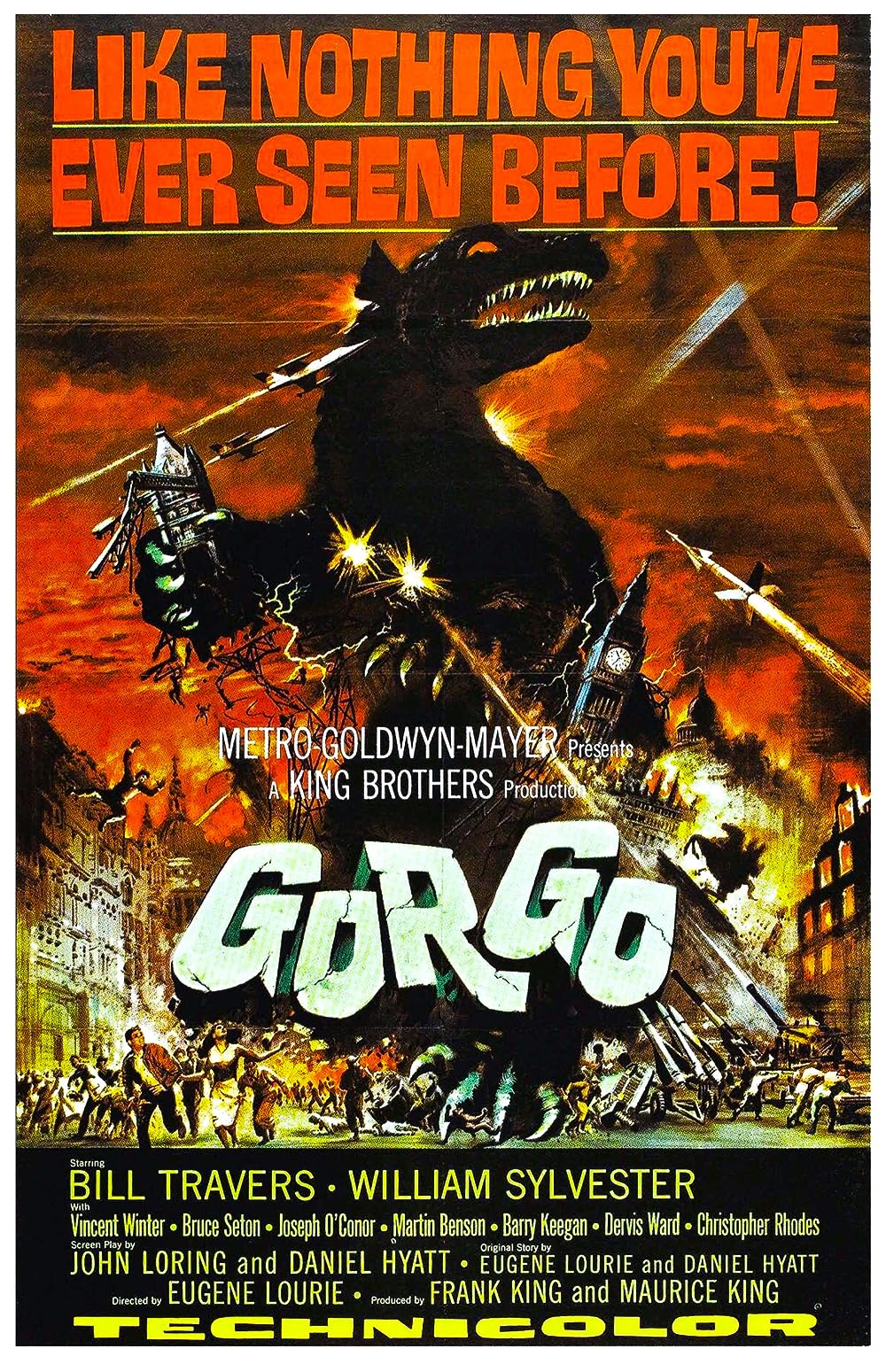 Gorgo: Directed by Eugène Lourié. With Bill Travers, William Sylvester, Vincent Winter, Christopher Rhodes. Greedy sailors capture a giant lizard off the coast of Ireland and sell it to a London circus. Then its mother shows up.

And one of the few (possibly, the only?) monster movie where the monster escapes alive at the end. Dang, shoulda put that in a spoiler box…

“descend upon…oh, Sheboygan, all intent on devouring the city.”

I just had a mental image of a small group of teeny, tiny people, far away on the horizon, wearing winter coats and toques, waving pennants in the air and yelling, “yayyy!”…

My vote goes for Ancalagon the Black. What’s that, you say? You just want tiny little monsters, only capable of destroying one city at a time, rather than driving an entire continent beneath the waves with the force of their fall?

Yer all full of it.

Good choice! Hard to fight something you can’t see.

How about Rodan? Eats everything but the shoes.

Waaaaait a minute. How do we know most monsters are male? Have you ever actually seen King Kong’s penis?

In a related vein, I’ll toss in a vote for one of my all-time favorite computer strategy games that deserves a mondern-day remake:

There’s only one monster made of turtle meat. Of course, I’m talking about Mothra. Maybe Gamera too, whatever.

Some buddies of mine in the Montreal Science-Fiction and Fantasy Association made Beavra!, available for download here.

Spent a whole eight bucks on production, they did.

Wasn’t there another old computer game that featured diffirent monsters? A marshmellow man, a giant lizard, ect? This was on the old green and white screen…

Yep. I had that game as a kid. I knew someone among the Teeming Millions would get that reference!

One of the few colossal creatures that was female.

You’ve never been to the Old Country Buffet on half price night, have you?

Beat me to it. Such fond memories I have of watching this one as a little kid. Wasn’t the monster actually called a Raytosaurus?

I’ve also always been fond of the cyclops from the Sinbad movie…blanking on which one exactly, I loved them all.

Mothra will always have a special place in my heart. Any monster that comes with a miniature singing fanclub is special.

You’ve never been to the Old Country Buffet on half price night, have you?

Favorites :
[ul]
[li] the rhedosaurus from The Beast from 20,000 Fathoms, the first monster movie I remember.[/li][li]Gorgo, how often does the monster win in one of these movies ? (and she laid waste to London for a change)[/li][/ul]

Worst :
[ul]
[li]The Giant Gila Monster[/li][li]Reptilian, a cheap Korean knock-off of Godzilla[/li][/ul]
Reptilicus should be on this list, but it gets point for being set in Copenhagen.

and the worst overall monster is… The Giant Claw