Bands/Artists From 60/70s Who Maintained The Same Production/Engineering

Steely Dan is one of my favorite bands, and the only band I saw 4 times (in 3 states)… I always loved their production, and up until “Gaucho” sounded similar… Their last two albums sounded a bit sanitized, even though I like the song, “Jack of Speed”, but I don’t hear distance. Everything sounds so close-miked. That snare almost sounds like a piccolo, while they usually seemed to prefer a wider, looser and quieter snare. Check this out 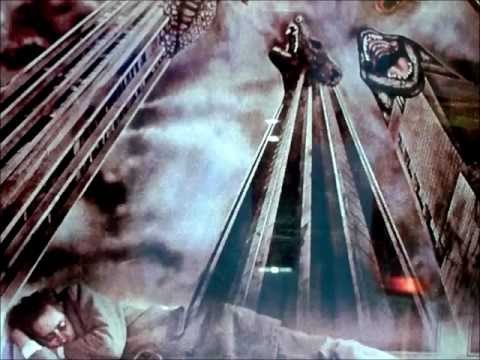 Something else I notice from the 70s, is how instruments varied in volume. You’d have some organ for 10% of the song, but not to stand out, but as pepper. Actually, a good example of that is when Van Halen used it on “And The Cradle Will Rock”… This is just my guess, but it seemed like mono was used a lot more than stereo in the 80s… Performance-wise, too. In the 70s, bands would leave in “mistakes” or have a grittier sound, but I think the playing had a part. Another big difference I notice from the 70s to the 80s is the lack of dynamics. Not a lot of breaks, where you’d have an acoustic bit, or just vocals… I was just listening to some 80s stuff, and the rhythm seems to be the same all the way through.

And the Dan were legendary (and by some studios reviled) for their perfectionist production.

Something else I notice from the 70s, is how instruments varied in volume.

Changing from a more varied sound to something more uniform would be the result of the loudness war:

The loudness war (or loudness race) is a trend of increasing audio levels in recorded music, which reduces audio fidelity and — according to many critics — listener enjoyment. Increasing loudness was first reported as early as the 1940s, with respect to mastering practices for 7-inch singles. The maximum peak level of analog recordings such as these is limited by varying specifications of electronic equipment along the chain from source to listener, including vinyl and Compact Cassette players

Hmmm, trying to get folks to not use modern production is difficult, especially as we get further from the era you’re interested in. A large part of that is because the tech for the modern sound is so easy to obtain and use these days. An actual plate reverb? I’ve seen and used one, it costs money. A reverb plugin that gets you in the ballpark? Oh yeah, you can get them for free.

So, with a modern DAW, you can make a recording that sounds very close to the production styles of the 60s/70s, but you have to want to do it. It’s also possible to use the same system to produce in the style of the 80s and later - and those are a little easier to get with one.

On top of that, even the musicians sometimes weren’t happy with their production standards from back in the day. ZZ Top went and punched up their mixes from the masters of their old records when they re-released some of them on CD. I think the remixes sound terrible and prefer my earlier copies (they tried to move the sound of everything closer to Eliminator), but they didn’t ask me.

So, it really seems like you’re probably looking for someone who is trying to generally recreate the old styles of production, in general. I’m not super crazy about all of Jack White’s work, but he does seem to have a genuine desire to record folks using older methods, and his label Third Man Records seems to trend heavily that way, with a myriad of styles represented. Their soundcloud site is here, where you can sample a wide swath. Not many snares with gated reverb there.

(Heh, that link just brings up one song. If you click on the Third Man Records link next to the pause/play button, it’ll take you to the website I intended).

And the Dan were legendary (and by some studios reviled) for their perfectionist production.

Well, there was the whole Katy Lied DBX disaster (recounted in Denny Dias’ essay Katy and The Gremlin), but luckily they managed to fix things up in the 1999 remaster.

I think I created a post here, and posted some of my music and had people guess, and most of the answers were either late 60s and early 70s.

I use a Tascam DP-01 and use nothing more than a condenser microphone to record drums, acoustic guitar, other percussion, home-made instruments, and then connecting direct for electric guitar/bass/keyboard… I don’t even have an amp! I’ve tested out different places to get a good drum sound. Wooden floors, regular drywall, regular room (as well as recording with the door open, and closed), carpeting which seems to absorb some of the sound, and in the basement of where I used to live surrounding by concrete/cement that has a garage sound, but I wish I knew how I recorded a particular song, because I can’t seem to get that sound again, but I think something is off with my phantom power, but I’ve had this same portastudio for 17 years. The only effect I had is reverb, and that’s sometimes to disguise my replacement instruments after I was burglarized.

I listened to some random music yesterday, and bands like Jethro Tull, Camel, and Alice Cooper didn’t seem to stray much.