Preferably 70s (and late 60s)… If YOU think it’s prog, please paste the YouTube link… Duets are cool, too, and the blending of certain voices can be quite great. I keep running into them, and many are not well known.

I tend to love soothing, voices in a high register, with piano, violins, slower-tempo, but of course there are exceptions. I notice many of my favorites might be considered “classical” (piano), like the song “Face of Yesterday” by Illusion.

Here’s one I love… I’ll post more if the thread gets going. 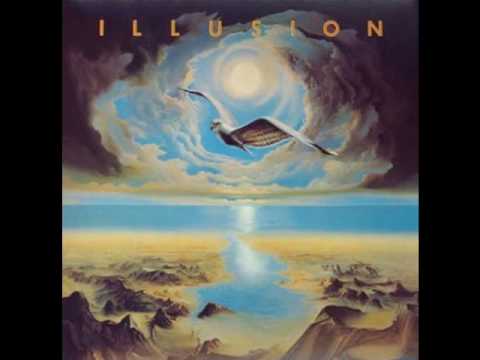 “Carpet of the Sun”, by Renaissance.

Do you have a preference between Annie Haslem and Jane Relf? I seem to be the only person to prefer Jane. “Out of the Mist” is a great opinion, but I do like some Renaissance (especially “Kiev”)

It is hard to think of many prog rock bands with female singers. It may depend on your definition: Is Pentangle prog rock?

“The Great Gig In The Sky,” by Pink Floyd count?

Jefferson Airplane - Somebody to love, yes I know they are largely considered to be psychedelia but where do you think prog rock came from?
https://www.youtube.com/watch?v=JUbMWtUyIIE

Thinking Plague - Rapture Of The Deep (for Leslie)

My gift to you: Shadow of the Hierophant performed by Steve Hackett and Amanda Lehmann.

Yes, perfect example. Very creative way to use her voice.

I would consider Pentangle pro-rock. There’s a lot of Celtic folky elements in a lot of music during that time, Fairport Convention being another example.

I like Renaissance, but I LOVE Illusion. It’s too bad they only made the one album, “Out in the Mist”

By the way, fine examples from everyone who posted… I know them all, except the Donna Summers one, and I’d also agree with that Jefferson Airplane is a good example… “White Rabbit” is another example. There’s a cool isolated track with just Grace’ vocal, using that quarter-tone Middle-Eastern phrasing.

I always tell people, “It doesn’t have to be a 20-minute long song to be prog-rock”…

Here’s a song not mentioned.
Sandrose - To Take Him Away
https://youtu.be/uTe6chquZMc

All you zombies may remember the Hooters’ “Where Do The Children Go”, which featured a duet with Patty Smyth.

Jefferson Airplane - Somebody to love, yes I know they are largely considered to be psychedelia but where do you think prog rock came from?

Definitely. I was going to mention some folk psychers too, and prog rock was definitely directly influenced by psych. For instance the vocal harmonies in Yes would not feel out of place at all in folk psych.

You beat me to it! Great example. Some really interesting chords (I’m sure it’s a unique tuning)

I just heard a good album for the first time
Earth & Fire
https://www.youtube.com/watch?v=4-nhPqwDZs8

“Suite Sister Mary” on the Operation Mindcrime album of Queensryche is mind-blowing. Pamela Moore belts it out with lungs equal to the war-horse lungs of Geoff Tate, so the duet is fantastic. (This album was when Tate was at his vocal prime, so the fact that she keeps up with him is impressive.) I do think you should listen to the whole album start to finish to really appreciate the passion of it, though, as it’s a concept album that tells a story.

Also a duet with Geoff Tate: His daughter Emily singing the part of a soldier’s son who misses him while he’s posted overseas. The song title is “Home again” and it’s a very powerful song and sung beautifully by both. This is on the American Soldier album for Queensryche.

Heart - Little Queen side one is in the ballpark IMO.