This happened after an ice storm in Vladivostok, Russia. 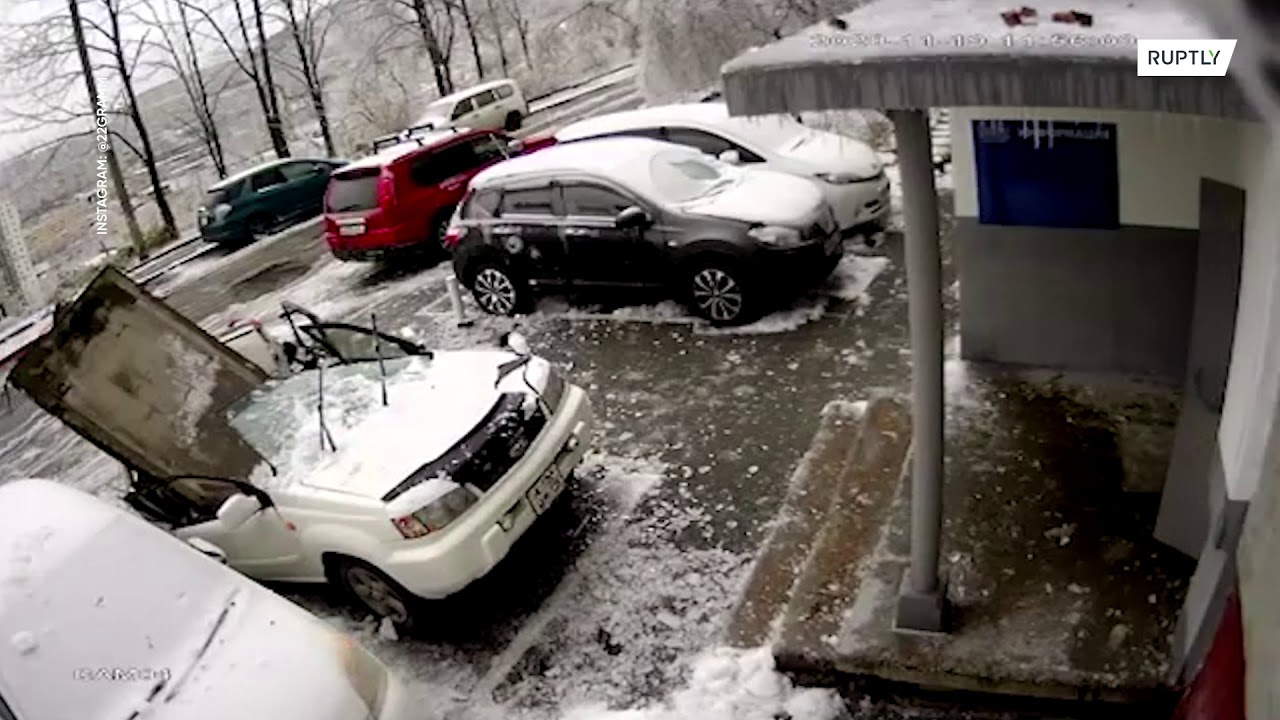 Wow. Very funny that the car alarm got set off. Would suspect that’s the only thing that still works.

Yeah I saw that video, man he would have been a goner if he was sitting inside the car.

And someone just happened to be filming it at just the right time!?!

Isn’t it a security camera?

The fact the scene doesn’t flinch even a smidgen when the impact occurs pretty well proves it’s a fixed camera. It’s also watching the entry area of a door, which is a very logical place to have such a camera.

The number of [‘fails’ caught on tape] vids involving purely human hijinks that are recorded by phone cameras sure makes me think a vast fraction of them are staged “fails”. IMO this is not one of those.

An interesting question is where the panel came from.

When the obviously handheld cellphone vid pans up the building it looks like the brick-colored cladding is missing at the very top floor. But the area missing cladding is much larger than the hunk that landed on the car. Did half of it fall off days, weeks, or months before and now another piece has fallen?

The hunk sitting in the wrecked car is similarly dark-colored on the side towards the rear of the car but lacks the brickwork grid pattern.

So where did it come from?

I watched that up-tilt part of the video about 4 dozen times trying to figure that out.

I think the alarm was the car next to it, notice it’s lights started flashing. That much percussion would be enough to set off a car that close.

The lights of the car that got crushed also started flashing at the same time. So no way to know which car from that clue.

After the cut to the cellphone vid panning up the building face you’ll see the lights are still flashing on the crushed car but not on the adjacent car. And at that point we hear voices so we know there’s audio being recorded, but we hear no car alarm.

So I think you’re right, but not for the reason you cite.

Yes. Just watch some of the “tree cutting fail” videos. There is bound to be one where the sacrificial car is positioned perfectly and the would-be woodsman makes the cuts to drop the tree right on the roof while they all run around screaming, “Oh no…”

If that doesn’t become part of an upcoming Geico commercial then something truly is rotten in Vladivostok.

Wow. Very funny that the car alarm got set off. Would suspect that’s the only thing that still works.

Eh, looks like it hit the passenger compartment, leaving the engine untouched. Betcha it would start up.

If that doesn’t become part of an upcoming Geico commercial then something truly is rotten in Vladivostok.

That would be Farmer’s. Does JK Simmons speak Russian?

Farmer’s. Thank you. Definitely к черту собаку on that one.

A few years ago a woman was killed sitting in an outdoor cafe in NYC when a concrete slab fell off the building the cafe was in.

In the early days of “America’s Funniest Home Videos”, they got a lot of things like that, both deliberate, and accidental.

Yeah I saw that video, man he would have been a goner if he was sitting inside the car.

For every one who just missed an untimely squished death like that, there was someone else not so lucky somewhere.

A few years ago a woman was killed sitting in an outdoor cafe in NYC when a concrete slab fell off the building the cafe was in.

In the 1989 Loma Prieta earthquake (which I felt, slightly, in my home 250 miles away!) a stretch of double-decker freeway collapsed, the upper deck falling onto the lower deck, rendering cars and occupants two-dimensional. 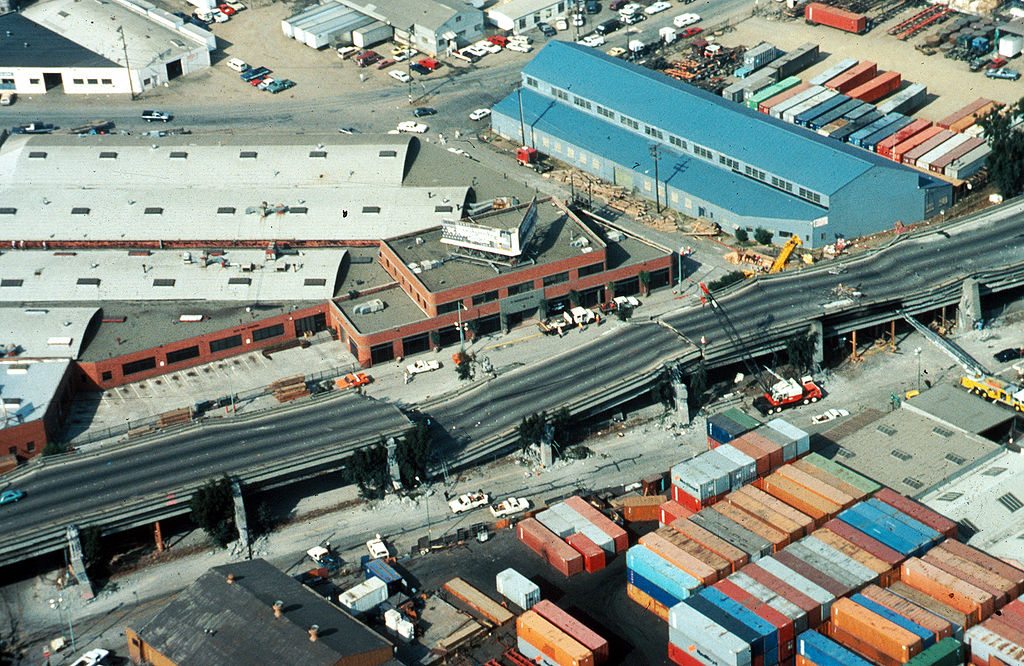 I was stationed aboard the Carl Vinson and we were at sea when the Loma Prieta earthquake occurred. IIRC, one of the women killed in the stretch of highway that collapsed was the wife of one of our officers.