How quick can ONE average human being devour a whole beef, not a SIDE of beef.

Could be a cow or a steer…but, the whole animal, eviscerated and cleaned into 1/4’s ?

I have an opinion…my room mate has one too.

How long do you think it would take an average humans to devour a whole cow?

Do you mean how quickly can it be done, or on average, like the typical American eats 4 ounces of beef a day and extrapolate?

This breakdown indicates about 490lb of edible boneless meat from a 1200lb live weight steer.

That is 980 portions of 8 ounces of beef. If you ate one 8 ounce portion with each meal, eating three meals per day, it would last 326 days + 2 meals or just a few days short of 11 months. I think that I would be desperate for anything else for protein after only a couple weeks of that but I could probably force myself to do it.

I picked 8 ounces portions without too much thought, just something that might be manageable on average. Turns out that 3 eight ounces portions daily would be somewhere about 1800 calories depending upon fat content of each cut. So that leaves a very small amount of other calories from other sources to maintain typical metabolic needs.

If you add in a lot of physical exercise on a daily basis then you might could push up caloric demand enough to cover the calories from an extra portion of meat. You could then eat your huge pile o’ meat in less time.

Yes, eat as much as you want any time you want, but 1 human consuming 1 cow.

Do you mean how quickly can it be done, or on average, like the typical American eats 4 ounces of beef a day and extrapolate?

How quickly! Eat as much as you want anytime you want but 1 human vs 1 cow.

I depends on how much work you are doing. The men on the Lewis and Clark expedition ate up to 9 pounds of meat per day, each of them.

“We eat an emensity of meat; it requires 4 deer, or an elk and a deer, or one buffaloe to supply us plentifully 24 hours.” When wild game was plentiful, each man consumed up to 9 pounds of meat in one day. 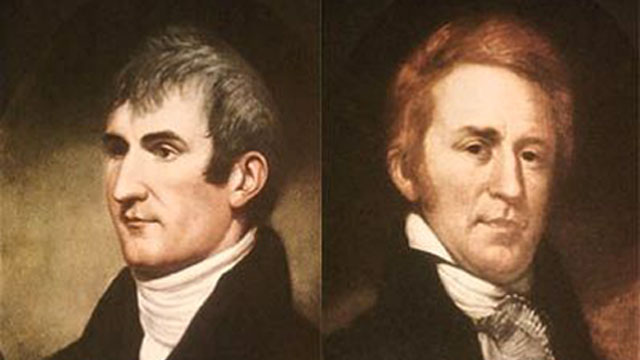 What Lewis and Clark Ate | The History Kitchen | PBS Food

Lewis and Clark led one of the most famous expeditions. Discover what America's explorers ate on their groundbreaking journey across the country.

Now that’s my kine of joke.