Well, it’s official – Beto O’Rourke is running for Governor of Texas. I don’t think he has much of a chance, but there isn’t really anybody that Texas Democrats could field that would have much of a chance against Abbott. 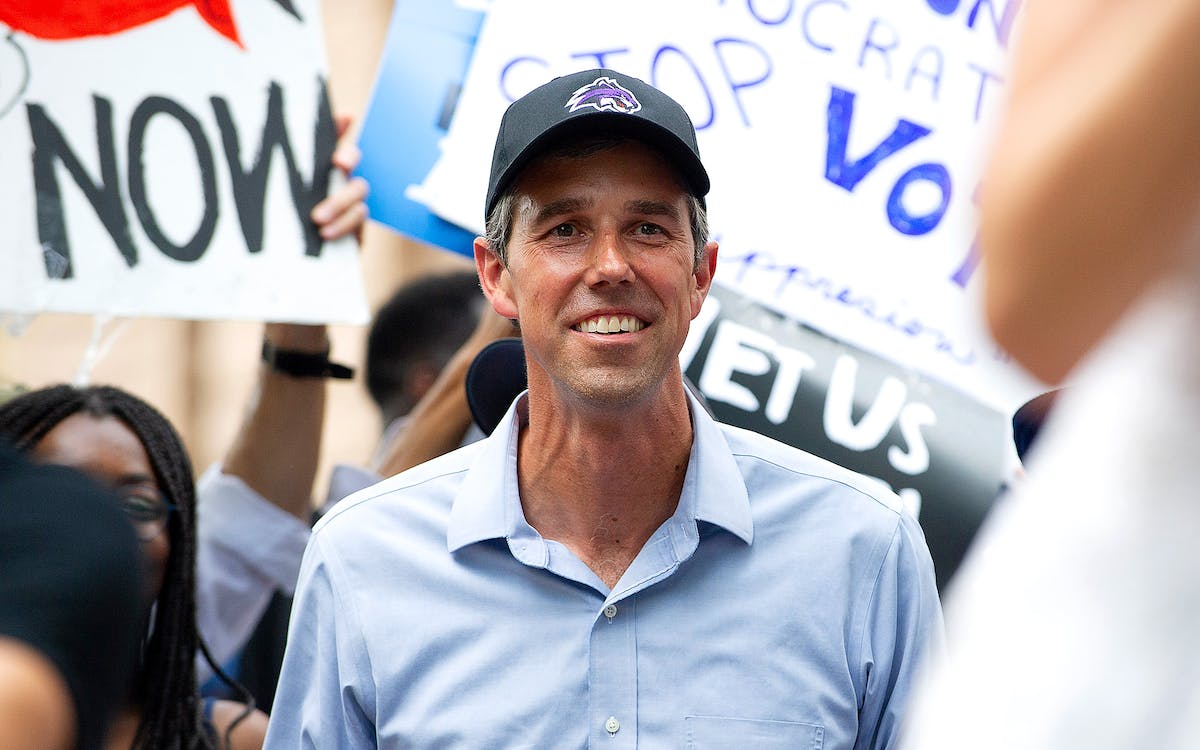 The former congressman talked about why he thinks he can beat Greg Abbott, his 2020 presidential campaign, and whether he's too liberal for Texas.

Well I’ll vote for him, but I am deeply skeptical that he will come close.
I think his ernest over enthusiastic gesticulating style got a bit tiresome , and he clearly fell out of favour with the media and others during the primaries with the whole ’ empty suit ’ meme. From what I can tell he had a pretty decent run as a Congress person so not quite sure why he ended up with that other than he wasnt as far on the left leaning side of the fence.

Best chance I think he has is if the the two challengers to Abbot (West and Huffines) who are, if it is possible to believe, even further to the right than Abbott, do enough damage to Abbot to dampen the right wing turn out. There is also the power grid fiasco, which I think will be a non issue as memories are short.

I guess there are 70k less people to vote in texas since
Covid started , but it would be hard to say how that would impact anything.

I guess O’Rouke may have a similar issue in that maybe he isnt perfect enough for some Dems and will struggle with turnout.

For what it is worth in the year Orourke went against Cruz he lost 4.05 million to 4.26 million for cruz.
In the same election Abbot beat Lupe Valdez 4.66 to 3.546 million. So Betos result may have more to do with Cruz popularity than his own popularity.

Also fwiw the presidential election was 5.89 to 5.26 for biden , I doubt any one will get close to that level of enthusiasm, but it would be nice to think that the people here in Texas may not appreciate the totalitarian dictator and Talibanesque government we have here right now and go vote for Beto, even if he isnt exactly what they want.

If the GOP doesn’t cheat Beto has a chance… well, more than the proverbial snowballs chance in hell anyway.

The incumbent is a ass and those power failures should hurt him.

If you’re Republican, being an ass is a feature, not a bug. I don’t know the Democratic Texas stable, maybe there are better candidates maybe not. He’ll come close and lose maybe 53-47. I’ll believe Texas is purple when it starts voting like it.

What percentage would you say that would be ?

If the GOP doesn’t cheat Beto has a chance… well, more than the proverbial snowballs chance in hell anyway.

Frankly, I think that Texas would already be blue, were it not for Republican cheating.

How do you cheat in state wide races like senator or governor?

My bet is Betto gets killed. All of the ads will be of him saying he’s coming for your guns. I’d guess 56-44 maybe worse.

Well I’ll vote for him, but I am deeply skeptical that he will come close.

This sums up my position.

Best chance I think he has is if the the two challengers to Abbot (West and Huffines) who are, if it is possible to believe, even further to the right than Abbott,…

Wait. There is a person by the name of Huffines? As in Nathan Huffines?

As odious as one may imagine
From wikipedia…

In August 2021, Huffines accused Abbott of using tax dollars to “advocate for transgender ideology”, referring to two pages on the Texas Department of Family and Protective Services’ (DFPS) website containing resources for LGBTQ youths, including a suicide hotline. The pages were removed from the site within hours.[9]

Donald Blaine Huffines (born April 26, 1958) is an American politician, conservative activist, and businessman. He owns and operates Huffines Communities, a real estate development company in the Dallas/Fort Worth area. He is a member of the Republican Party and formerly served in the Texas Senate, where he represented District 16 from 2015 to 2019. Huffines remained politically active after leaving office. He was very critical of Governor Greg Abbott's response to the COVID-19 pandemic, speci...

How do you cheat in state wide races like senator or governor?

Voter suppression, aka Jim Crow Laws. The % are close enough so that they make a difference.

Again you’re talking about more than 10% of the Democrat’s vote being suppressed. This probably offset the thread for it but that is an huge amount.

Close voting locations in minority-heavy areas, and make sure that the machines placed there are older or less reliable. Send out mailers in those neighborhoods giving deliberately incorrect information. Accept signatures, or other details like exact spellings of names, as matching for white people, but not for black people. Purge names of legitimate voters from the rolls. Post armed thugs outside of polling places to intimidate away black people. There are lots of ways.

I can’t really agree that Texas would already be blue but for Republican “cheating.” Say what you will about them, the Texas Republican Party has built a first-rate machine for identifying, contacting and motivating their likely voters to turn out at the polls. They’re a fundraising juggernaut. They’re starting to put a thumb on the scale now that demographics is catching up with them, but for years their dominance has been relatively “fair.”

Meanwhile the Texas Democratic Party continues to embarrass itself. Just today, a long-time Democratic state house member from a heavily-Hispanic South Texas district switched parties to run as a Republican. If Republicans can continue to make big gains with South Texas Hispanics like they did in 2020, they’re not even gonna need that thumb on the scale.

Getting more than 50% in a statewide race.

The abortion issue remains a huge issue with some parts of the Hispanic community. Although my data for that statement probably falls into anecdote territory.

My bet is Betto gets killed.

Honestly, thanks ot the scourge that is today’s Republican party (aka Trumpism) and how they’ve abandoned all pretense at societal norms, I would not be surprised in the least if that were to happen. Let’s hope we’re both wrong. After all, I was convinced they’d kill someone before January 6th.

, I would not be surprised in the least if that were to happen.

That’s fair but very much not how I meant it. Hopefully he stays safe.