Biden now least popular president of all time, including Trump {Not Accurate, see below}

At least as far back as tracked by fivethirtyeight 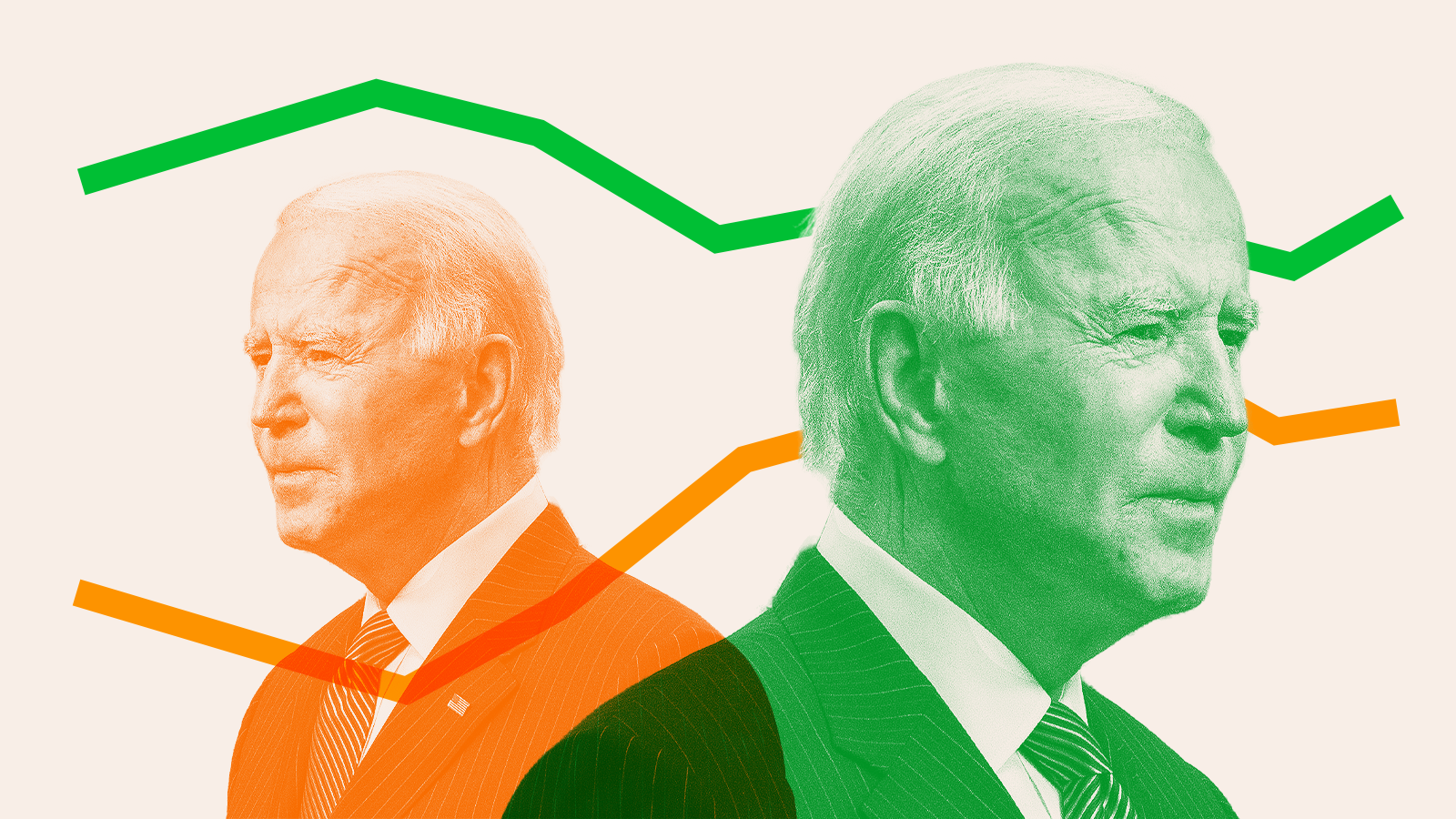 How Popular Is Joe Biden?

And has been for about 3 weeks now.

Granted, only by a single point more or less, but that’s the same amount he’s been “winning” by for the last 6 months.

I’m thinking the Democrats should be very worried about November.

They gotta figure out this gas thing. Even though it’s not Biden’s fault, the popular rhetoric is that is IS his fault. And the Dems fault, even though it’s not their fault. The Dems have done something to try to fix it and all Republican House members voted against it (it passed), and now it’s in the Senate where it might not pass AND Republicans are calling it socialism.

It’s a mess out there.

This is obviously fake news.

I had a brief conversation with a Fox news watcher, and he started with, “well, obviously, the Dems can’t win in November – look at these gas prices. They deserve to lose.” So, I told him that gas prices are up by around the same amount in Europe as well, and he switched the subject to our electrical infrastructure (Me: “So, should we raise taxes to pay to upgrade the electrical infrastructure?”).

Anyway, I’m sure it made no difference. BTW, he also came up to me with tears in his eyes and said, “sir…”

They gotta figure out this gas thing. Even though it’s not Biden’s fault, the popular rhetoric is that is IS his fault.

This is kind of…baffling. Sure, Biden has had his flaws but his presidency is by and large significantly better than Trump’s by most objective measures, but here he is in the ratings gutter.

Meanwhile Trump can spew out 13,000 lies and have a higher approval rating?

This is obviously the angle the Dems should be playing. The Canadian commies are to blame.

I mean, seriously - it obviously fucking Putin’s fault. The guy half the Republicans seem to love. The Dems shouldn’t be just vaguely saying “it’s not our fault, it’s the same all around the world”. The truth is that it’s Trump’s good buddy Putin’s fault. I’m pretty sure even Fox News isn’t pretending there’s no war going on.

By no means the least popular of all time.

Biden is running about 40% approve right now. trump dipped below that several times. So did GWB, and Carter got very low a couple of times.

But it is chock-full of Republican Truthiness. I feel it in my gut.

This country has several popular right-wing propaganda machines, and the rest of us watch center or slightly lefty, but still legitimate, news sources. So, the legitimate sources are reporting on inflation and how hard it is on normal people, and so are the propagandists.

No one is making a big fuss about how low unemployment is, how wages have been rising, and so on. All sides are reporting the bad news.

When Trump was in, the legitimate news source were still reporting the gloomy stuff, but the propaganda sources were all positive – employment is low! More minorities than ever working! And so on.

So, Biden has to deal with legitimate and illegitimate news sources dumping on him, but Trump only had to worry about the legitimate ones.

This is kind of…baffling. Sure, Biden has had his flaws but his presidency is by and large significantly better than Trump’s by most objective measures, but here he is in the ratings gutter.

I’d be curious to see the breakdown by party. When Trump was at his lowest, his approval among Republicans was still high. But with Biden, you’re going to have Democrats also disapproving him for separate reasons from Republicans. Doesn’t mean they’re going to vote for a Republican in an election though, biggest concern would be they just stay home.

If this data is true, it means it’s ridiculously easy to be a good Republican president. All you have to do is not screw up and you’d command higher ratings than even Obama.

Just don’t invade Iraq, or don’t spew out thousands of absurd statements - be nothing but a decent, status-quo, don’t-rock-the-boat POTUS and you’re golden.

Emmanuel Macron’s approval rating was at 41% when he was reelected by the French people in April.

If this data is true, it means it’s ridiculously easy to be a good Republican president.

Good luck getting through the primaries.

As one of those Democrats famously said, “It’s the economy, stupid.” When you have the first significant inflation this country has seen in what, over 30 years (maybe more), plus rapidly rising gasoline prices which can’t be blamed solely on inflation, the uneducated middle is going to blame the current administration. Too bad, Mr. Clinton, but that weapon swings both ways.

By the way, by far the hugest part of the increase in national debt in the past three years has been due to Covid relief measures. Is there anyone reading this who thinks those measures shouldn’t have been taken? Or who didn’t think about the price the country would have to pay down the road?

No worries then. You’ve got November in the bag!

The economy is doing so well that the Fed has to raise rates to stop it from continuing to overheat. Unemployment is super low, employees have all kinds of negotiating power.

Are you then going to have your incorrect headline edited to make it correct?

No worries then. You’ve got November in the bag!

No, not in the bag, as long as there are folks who refuse to back down from factually incorrect headlines.

The American public has always been notoriously ill-informed and often willfully stupid about these sorts of things.