Birdwatching in the city

I watch these birds, but I don’t really do any birdwatching.

Here’s the story in brief. I live in an apartment building, like many other European city dwellers. Our building was renovated last year, and now there are wider balcony ledges. Plus, there is an additional ledge at the base of the balcony as well. So, our apartment building facade has gone from an almost ledge-less surface to a multi-ledge area. The result is a visible increase in the bird activity in the space between our building and the building across the road. These birds are mainly pigeons. But we can see crows and sea gulls as well, plus a number of species that I can’t tell without my wife’s help.

I live in Bucharest, Romania, but my native town is Constanta, a harbor on the Black Sea coast, where sea gulls are common. It may sound curious that sea gulls can be found 300 km away from the sea as well, but there are various rivers, lakes and marshes between Bucharest and the Black Sea, which I think encourages sea gulls to expand their habitat.

In addition, my apartment building is not far from the a natural park within the city, where there is a wide range of local fauna thriving. Fact is, although I live in the city, the sounds that I hear outside my window are mainly bird calls and fluttering. I wonder if the quarantine we have been going through has had an effect on their activity as well. 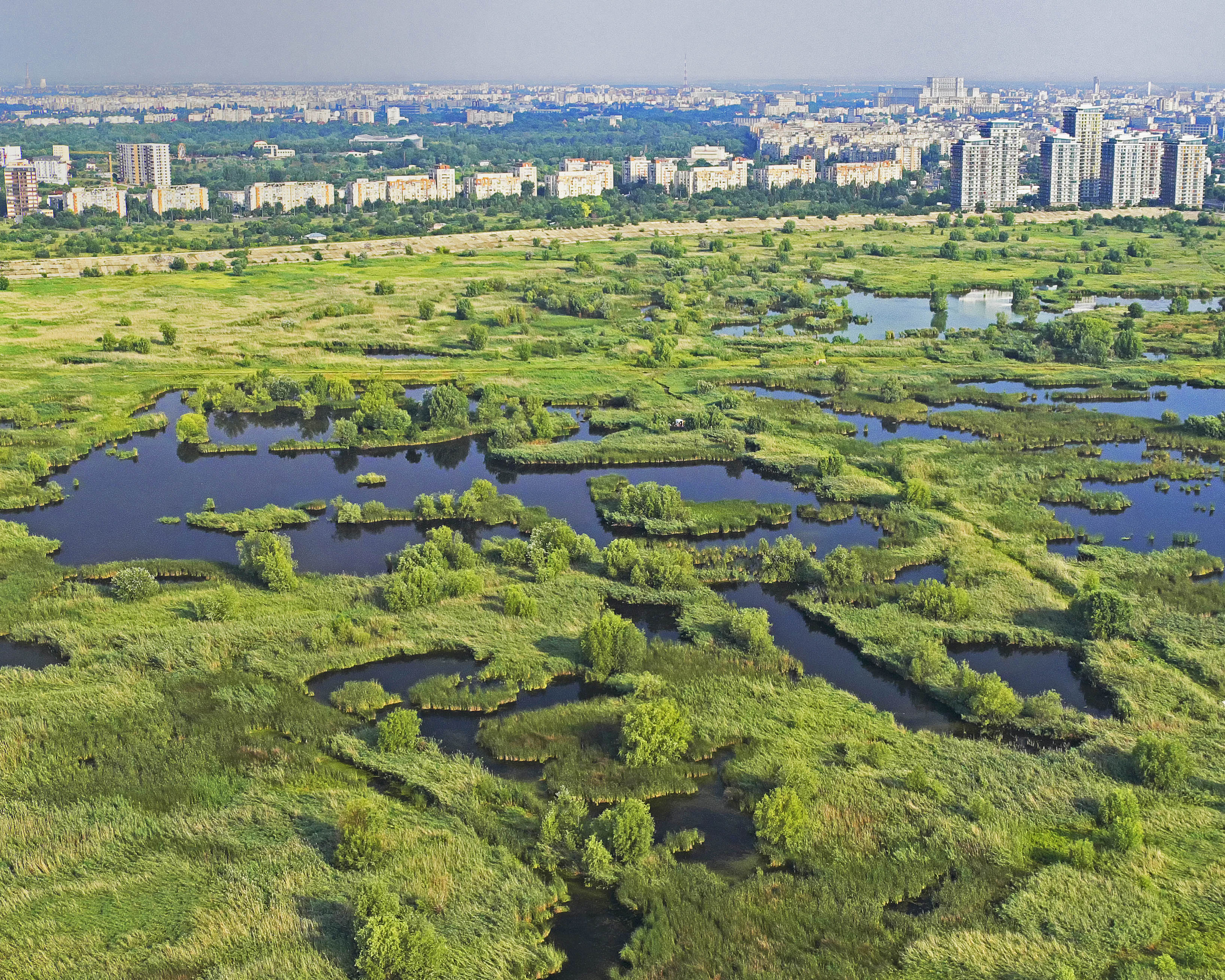 Wow! That’s a lot of green space. How lovely, to have such wildlife habitat so close to your flats!

I’ve got a thread about seagulls over in G.Q. right now (Seagulls: different species at Great Lakes vs. Atlantic coast?) that you may find to be of interest.

What other birds has your wife identified? I’m sure you must get house sparrows - those are pretty ubiquitous. (And noisy! Chirp CHIRP!!)

Do pigeons in your city show interesting colors? Brown or brown-and-white or even all-white variants? I love seeing those pop up.

We had a sparrowhawk in the back garden during lockdown. Never seen such a thing before.

There are various birds around, and the variety increases toward the green areas. Here, near my building, I remember seeing quite a lot of magpies and hearing woodpeckers. Occasionally, my wife mentions species of birds that one would expect to see in the forest. I don’t know their names in Romanian, let alone in English.

Yes, sparrows are ubiquitous, and they seem not to migrate during the winter. As for the pigeons, yes, the plumage shows quite a lot of patterns and colors - I’m not sure, but it seems that two in a hundred are brown or white.

I find it amazing that I live in the city but the feel is so quiet and natural. Right now the windows are open and there is a just a bit of soft jazz from my stereo. Leaves in the trees rustle occasionally. Birds are flying up and down my window.

quite a lot of magpies

My wife has just told me they are wagtails, not magpies.

Had to google those. We don’t get them in North America. Cute little things!

I started birdwatching, in a somewhat urban environment, during the recent quarantine. I’ve enjoyed it way, way more than I expected. It’s become a treat to see a new bird that I haven’t yet identified, and then to look it up on one of the bird ID sites and add it to my list.

Exactly. The birds I keep seeing around are larger, which is why I think they’re magpies.
But sometimes it’s better not to argue.

ETA: And I noticed that they’re not at all intimidated by human presence or other birds.

If the sparrows have a black cheek-spot, they’re Eurasian tree sparrows, which are differentiated by that spot from a similar species we can see easily in the US.

Yep. They’re reasonably closely related to Eurasian tree sparrows and will on occasion hybridize with them.

Both are of course in a different family than American sparrows, which are more closely related to Old World Buntings and include the juncos and towhees in the US. We have literally dozens of species of New World sparrows in the United States. In my general area alone 30-odd species have been recorded. Several of those are rare/accidental of course, but that’s still leaves a lot of sparrow diversity. I’ve seen a fair number, but not nearly all and I’m always happy to spot a new one.

I didn’t realize Eurasian and house sparrows were different. But I paid attention today to a male cheep-CHEEPing by his nest this afternoon and sure enough, no dark spot on the side of the cheek.

I learned a thing today!

The female towhee has been chirrring away on the telephone wire, and I saw her gentleman friend a few blocks away. One bolder crow has been hopping in the driveway, so I gave it some sunflower seeds.

I put in a new lawn during lockdown so I had to water it some a couple times a day. I had a few crows that would show up every day for a while when the sprinklers were on to get worms that came to the surface.

We have a gorgeous pair of Cardinals with a nest hidden in our neighbors hedge. The male is constantly chip-chirping at my cat, who occasionally does that creepy bird-imitation cats do back to him. My two neighbors’ and our backyard make a decent litte oasis in the city for creatures.

I have engaged in photography as a hobby for quite a long time. Over time nature photography became a focus for me since I enjoy going outdoors all year. As a result birding has become something I enjoy a lot and spend a good part of free time doing.

With the various quarantines and lockdowns I have noticed a crazy variety of birds around this year. A lot of birds that wouldn’t be normal in Chicago or the nature areas all around Cook County have turned up and appear to have nested in various nature areas that were closed down or had fewer visitors than normal. It has been one of the few bright spots for me in all of this mess and because birdwatching is a rather solitary endeavor it is one of the few “normal” activities I’ve been able to enjoy during these times.

Lovely photos! Thanks for sharing them.

Thanks susan! It’s my pleasure to share them. This was a great warbler season.

About a months ago I set up an Instagram account too, but I didn’t really become active. I will probably focus on it in the fall.

Speaking of birds though, it is kind of funny how the most pregnant bird sound at my place is the sea gulls cries when the seacoast is 250 km away.

(I don’t think there is an emoji for sea gulls.)