Remember Weather on the 8s? They still do it, but not every 8, I haven’t been able to catch one in years.

Just the commercials for Skinwalker told me not to bother. Oak Island was fun when I was a kid and heard about it for the first time on a travelogue show. It was years before I ran across mentions of it, and then at some point it got a lot of notice, and a lot more excavation, and theories that went past the ridiculous to outright delusional.

I used to watch The Weather Channel, to, you know, watch the weather. Last time I checked it was Ice Road Truckers and reruns of Twister.

They do actually have live weather coverage but only between 6 AM & 8 PM unless there’s an emergency.

I just stumbled upon the show while channel-surfing and it’s fascinating, a documentary about a bunch of Trumpy idiots jumping down a conspiracy rabbit hole. It’s a master class in flawed critical analysis.

When I first tuned in, the geniuses were looking at a big rock. Then they decided part of the rock was an ancient carving, a carving of another nearby rock! And the ding in the rock above the carving of the nearby rock might be a UFO!

Then a cow died. Actually the cow died a year ago, of pneumonia…or so they say. But it died of something they were calling sudden onset stress-induced pneumonia — and what induces stress more than UFO’s!

I did a quick fact check and I found unexplained fatal pneumonia is not uncommon in cattle although I found no references to anything called “sudden onset stress induced pneumonia” and I could not find any indication that the stress of an animal attack or UFO noise caused pneumonia. Stress may be a factor in cattle disease, but that typically means the kind of stress caused by overcrowding or bad diet, not the stress of sudden fright. Then I felt embarrassment because I asked the internet “Can the stress of being scared by alien spacecraft cause pneumonia in cows?”

But there’s more! because the cow corpse behaved strangely. Actually it rotted away just like a cow corpse is supposed to do, but no animal ate it, and that is suspicious because animals might possibly avoid eating cows that saw UFO’s before they died. Or not. No one knows. So they called in a Trumpy vet who looked at what was left of the dead cow and said it was strange that no animals ate it, and took samples of the corpse. After he analyzed the samples, he said he didn’t find anything wrong with the corpse. This was a big victory for the UFO guys, because if the cow wasn’t poisoned then it must have been killed by a UFO!

Now I’m no UFO scientist like these guys, but I couldn’t help but wonder if barbed wire fence I spotted around the field containing the cow had anything to do with the unravaged condition of the corpse. I’m also not a rancher, but I imagine they wouldn’t let wolves or coyotes near their living cattle, either.

Then they brought in some sort of cliff expert, who figured out that if you yelled at a certain cliff it echoed. This was a major discovery and the UFO detectives congratulated themselves on calling in a specialist to yell at the cliff. I think the significance is that ancient aliens may have worshiped the cliff because it talked back to them.

OK, I got distracted because I was googling “stress pneumonia cows UFO” and when I started watching again they brought in a Jew, a sort of Trumpy Jew, to explain how Judaism explains the portals to another dimension that they can’t find. He says portals to another dimension are just like Judaism because they both involve spiritual stuff science can’t prove, except he used a LOT more words.

I got distracted and now the Jewish guy is out in the desert with the UFO detectives at night, performing a Jewish religious ceremony designed to open portals. He’s going full out with the chanting, he’s so over the top he HAS to be punking them.

Now they’re walking around looking for the portal but they can’t find anything, but it got cold suddenly so they wondered if they were walking through a spirit or entity or even another dimension. After all, it’s not like the desert ever cools down quickly after the sun goes down.

The tester for next weeks episode shows someone getting a headache, which prove conclusively that UFO’s exist.

I hate to admit it, but I haven’t been this entertained in a long time.

And actually, there is a real story here, a story of how the federal government quietly funded this crap for years, but that’s for another forum.

Yeah, this show lost me on the carvings. Actually they were more like scrawls. One was like a letter U on its side. An open side! Holy cow! That has to mean a PORTAL! All hope for this show vaporized.

Seriously, that was an entertaining write-up. If you want to do these for other episodes, I’d love to read them.

And actually, there is a real story here, a story of how the federal government quietly funded this crap for years, but that’s for another forum.

Yeah, blogger Jason Colavito has covered this in considerable depth.

Dale Gribble is the most accurate depiction of a conspiracy theorist. He’s somebody who thinks he has a greater understanding of what’s going on than all of the people around him. But all of those people can see how clueless he really is.

. That’s a great way to put it. It makes me wonder what happened to the world that most of the Hank Hills seem to have disappeared and now all we have are Dale Gribbles

What, a reality show has no connection to reality?!? I am SHOCKED, SHOCKED to hear of this!!!

I just stumbled upon the show while channel-surfing and it’s fascinating, a documentary about a bunch of Trumpy idiots jumping down a conspiracy rabbit hole. It’s a master class in flawed critical analysis.

Once you ignore the possible, whatever remains, no matter how ridiculous, must be the truth.

This is a great write up for a show which is pure, unadulterated, 100% bullshit.

I mean, at least Oak Island had some real unusual beginnings. Now, it is 99 44/100ths bullshit, but not quite 100%. (They went from Mostly bullshit to almost 100% when they brought in the fake Templar link and the planted lead cross)

Yeah, blogger Jason Colavito has covered this in considerable depth.

He has, and they are greeeeate!

Review of The Secret of Skinwalker Ranch S01E01

For fuck’s sake, did they have to start with a dead cow? The supposed “mystery” of the 500-acre Skinwalker Ranch is entirely a modern creation, fabricated in the late twentieth century, and as...

But what I see is a slow-paced effort to reproduce Curse of Oak Island by creating another impenetrable “mystery” that can be spun into a male-bonding pseudo-soap opera as tiny crumbs of information play out over endless episodes.

Regardless of whatever secrets actually lie beneath Skinwalker Ranch, the Secret of Skinwalker Ranch isn’t about to blow the lid off of anything, lest it ruin their business model.

I forgot to mention they also talked briefly about Metamaterial and that guy who has samples of some that I forgot his name but we had a thread about him a couple months ago and it turns out it’s not so special anyway so they’ve got that going for them which is nice.

The trumpy detectives finally get a win. Next week let’s see who wins one for there team. For a chance to win $1,000,000!

(UFOs have agreed to be part of the game show)

What is it with these “ranches” in Utah? 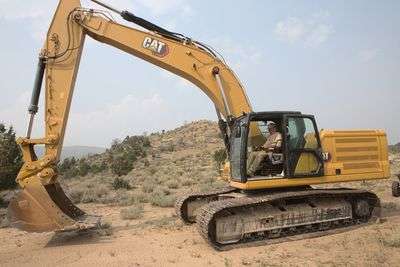 Blind Frog Ranch–Duane Ollinger’s sprawling 160-acre property in Utah’s Uintah Basin–continues to reveal its perplexing secrets. After discovering a large wooden box in a flooded cavern, Duane and his team are hellbent on extracting it from the cave,...

Heh. I have to admit, I initially misread it as “Skywalker Ranch.”