I guess birds aren’t on a gator’s menu? This apex predator was a play toy for a flock of birds.

Funny pics. Especially the next to last one where the bird has the gator by the tail. 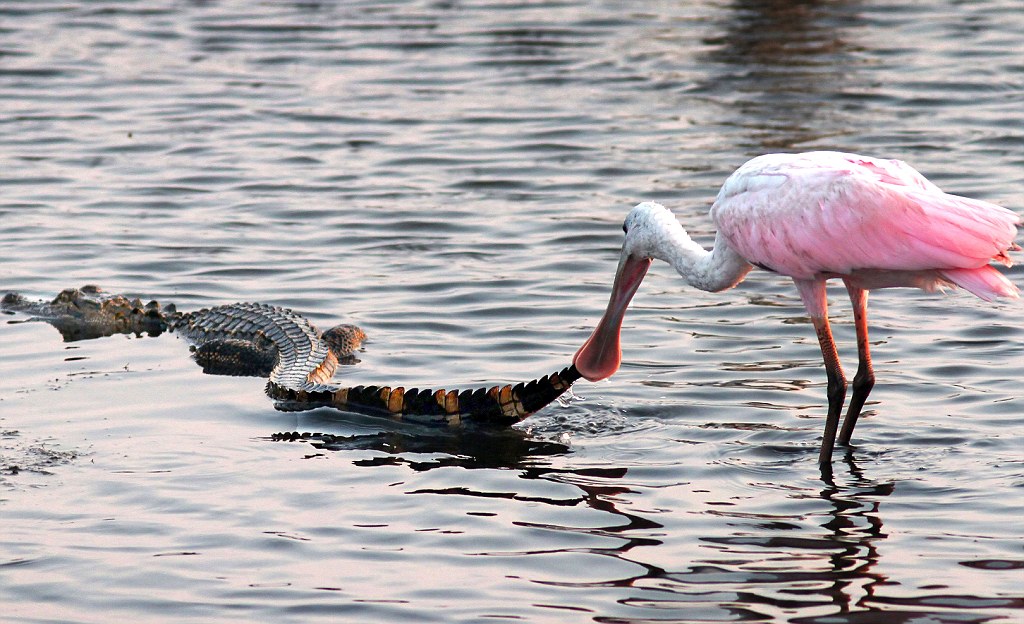 We just fancied a nibble: Hungry birds peck on a passing alligator (but...

Photographer Phil Lanoue photographed these beautiful Roseate spoonbills as they nipped at an alligator at Huntington Beach State Park in South Carolina.

The images of the Roseate breed spoonbills were taken at the Murrells Inlet in Huntington Beach State Park just metres from the home of American photographer Phil Lanoue.

According to Mr Lanoue the birds showed no fear as they cornered the alligator and began to tug at its tail.

The birds appeared to be intrigued by the stranger in the waters and followed the alligator around the marsh pond in South Carolina.

That’s a super baby alligator. I’m sure they didn’t have much to worry about given its size.