Buffett's Billion Dollar Bracket? What are the odds? Premium? 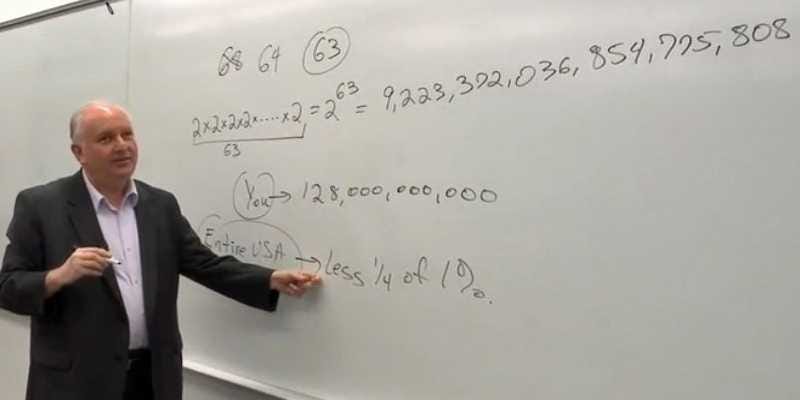 It's actually more complicated than you think.

I don’t buy this.

My assumption is that some expert AI is involved in the picks. Or maybe just some human intelligence. And what should have Buffett’s re-insurance company collected in premiums?

Everyone should be in this, btw.

It is cheaper and has a better payoff than Powerball.

I don’t know what your question is.

The payoff is for picking all 63 *winners *correctly. (That article doesn’t mention the two play-in games, so I don’t know if that’s an extra variable.) No AI is involved, nor does it need to be. The individual contestants make their predictions. All anyone has to do is go to the news to see if they are right.

That article correctly states the odds for pure guesses on 64 binary picks. It also discusses reasonable options for narrowing those odds. But reasonable and perfect aren’t the same. Maybe this is the year when a 16 seed beats a 1 seed. That’s low probability but it could happen. Even so, 128,000,000,000 to 1 is far, far worse than the Powerball odds by somewhere around 1000 times.

ESPN runs a content like that every year and nobody has come close to wining. Buffett’s billion is safe.

I don’t buy this.

What don’t you buy?

My assumption is that some expert AI is involved in the picks.

And what should have Buffett’s re-insurance company collected in premiums?

I saw an interview with Buffett and the Quicken Loans guy but they did not want to divulge how much the insurance policy cost. It’s a great promotion, though. Probably worth it.

Everyone should be in this, btw.

It is cheaper and has a better payoff than Powerball.

Better payoff, but still poorer odds, even if you eliminate all the nonsensical guesses as the article explains.

Of course, there’s a complication in this. This is so obviously true, that there are going to be a very great many people betting on the no-upsets bracket. And presumably, the challenge specifies that if more than one person gets a perfect bracket, they split the prize. So your expected winnings are much higher if you instead mix in a handful of upsets, in places where nobody else has them (at least, not that exact same set). How do you pick those? There can be no single clear answer, since if there were, everyone would do that one, and it would become a bad choice again due to prize-splitting.

I just came in to add that anyone thinking of paricipating should read the fine print.

Enter at your own risk folks, Warren ain’t no fool. Rest assured he (and Yahoo and Quicken loans) are making a tidy advertising profit off this whole charade.