Buying a house in Arizona

We vacationed in Sedona and liked the area. We are thinking of selling one of our houses in Wisconsin and buying a winter home in Arizona.
One of the directors at the company l sold has a winter home outside of Phoenix and talked about how nice it is.
Any advice on buying a house in Arizona?

Be very careful where you buy. Sedona is a hippy town and pretty liberal. Prescott is the most racist town in Arizona, closely followed by Phoenix. Be sure you are vaccinated because nobody around you will be practicing any social distancing or wearing masks. Bring lots of money because housing costs are skyrocketing.

As a 30+ year resident, I strongly suggest you rethink your plans. If I wasn’t married to a Trumper who like the politics here, I would be moving out of the state.

Not to mention, what with global warming, soon Arizona will be uninhabitable.

As a 30+ year resident, I strongly suggest you rethink your plans. If I wasn’t married to a Trumper who like the politics here, I would be moving out of the state.

I suspect this might be an attractive feature for OP.

In most years, Phoenix averages a daily maximum temperature for February that’s between 68 and 75 degrees Fahrenheit.
I don’t think a 6 degree rise in temperature would be a problem.
The wife likes Florida, that is problematic with climate change.

I don’t think a 6 degree rise in temperature would be a problem.

Yeah, the problem is not that the weather gets a bit warmer. It’s the effects that derive from that - rising sea levels, hurricanes, droughts, etc. I don’t know what Arizona’s prospects are but in any desert region I’d look into how robust the water supplies are.

Yes, I agree with the water problem. I can see Lake Michigan from my living room. Water is not a problem in this area.

Actually Phoenix is planning for a future with less water and will probably be fine. Especially if we’re talking within the next 20-25 years. They’ve taken measures to be ready to use no water from the Colorado River at all.
One link to Phoenix’s planning 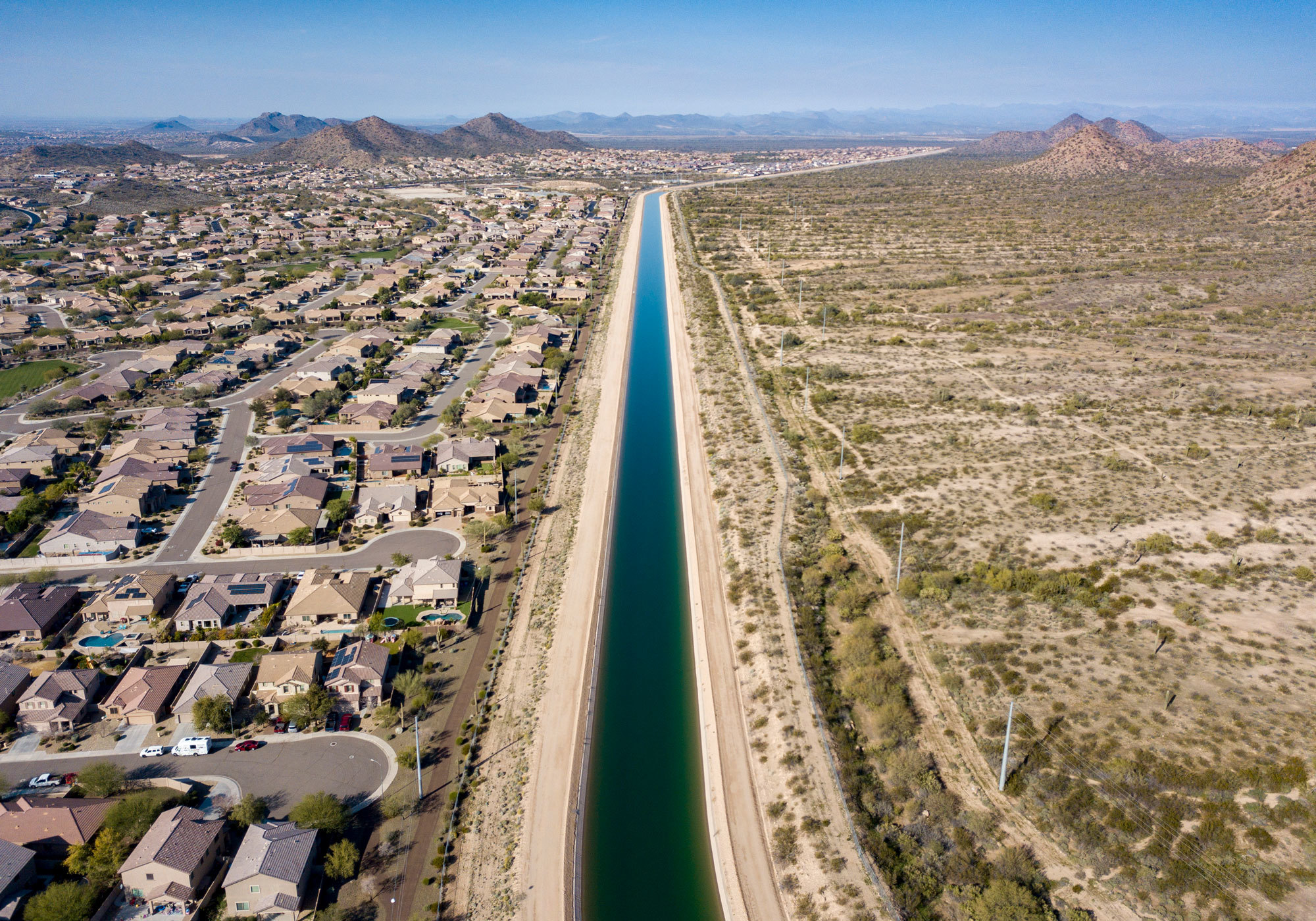 In Era of Drought, Phoenix Prepares for a Future Without Colorado River Water

Once criticized for being a profligate user of water, fast-growing Phoenix has taken some major steps — including banking water in underground reservoirs, slashing per-capita use, and recycling wastewater — in anticipation of the day when the flow...

Meanwhile Florida is going to get blasted by steadily stronger storms and sea level rise.

Water is a big problem already. We used to depend on the monsoons, but they have been getting shorter and shorter. Last year, we didn’t get them at all.

I’m assuming that the OP is white, I can’t imagine a person of color wanting to live in Arizona. The risk of being killed by cops is very high in Arizona if you aren’t white.

I can see Lake Michigan from my living room.

Not in Arizona, I assume.

Not in Arizona, I assume.

Huh? OP is talking about moving to Arizona. Why would you think his current living room would be in Arizona?

No, and my backyard goes down a bluff to a river delta.
I definitely have to sell to a birder. Eagles, cranes, geese, ducks and a multitude of other birds are constantly seen.
There is a wildlife trail in my backyard so deer and turkeys come wandering by almost daily.

Well, we were talking about a water shortage… where? Hint- t wasnt near Lake Michigan.

One of comedian Kathleen Madigan’s brothers lives in Arizona and asked her opinion of it: Isn’t it beautiful? Her response: Eh, maybe when they finish it.

Well, we were talking about a water shortage… where? Hint- t wasnt near Lake Michigan.

I suggest you go back and read the conversation. OP was obviously drawing a contrast between his current location and the Arizona desert.

I’ve lived in Arizona for 38 years.
Wouldn’t live anyplace else. Despite what JaneDoe42 says, Arizona is a pretty “Purple” state. Plenty of Trumpers, but lots of liberals, too.
Sedona is nice to visit, but you might want to research the traffic - it can be brutal.

I live in Phoenix. The weather here is fantastic for 8+ months/yr. The other 3-4 months are brutally hot. We cope by staying inside, getting up at 4 am to exercise, and making frequent trips to cooler parts of the state—Flagstaff is 2 hours north and at 7000 feet.
We have friends in Sedona. It’s pretty there, but a tourist destination. Nearly all Sedona roads are 2 lanes, and clog up with Phoenicians on the weekends. I wouldn’t live there.
SoCal is 7 hrs away by car, 1 hr by air.
I’d suggest renting here, for a 4 month period starting in August. By November, you’ll know if you like it.

We would spend May to September in our lake house in northern Wisconsin.
What city do people suggest to live in?
We are home bodies, give me a place with a great grocery store, a ranch house , and a pool and I will be happy.

I don’t think a 6 degree rise in temperature would be a problem.

I’d worry more about the water supply than the temperature. Because remember that higher temps year round mean even less water.

Since you’ll dodge the summers, I’d suggest Phoenix or any of its suburbs. Scottsdale is nice, but pricier. I like the NE part of Phoenix, N of Shea, E of the 51, S and W of the 101. Lots of nice neighborhoods in there, with freeway access in multiple directions.