Can anyone identify this likely obscure sci-fi... something?

I saw it in middle school (so maybe 7 or 8 or so years ago), but I suspect it was at the latest made in the mid 90s. It was on VHS, I believe it opened showing a comic book and then zooming into it (as if we were watching the events of the comic as a movie). It was live action, with the alien being either animatronics or a muppet-like creature. The production values weren’t great.

The idea was that some woman had an alien come to life out of SOME fictional medium, maybe a comic or television show (I believe owned by her child), and the alien ate electronic devices – light bulbs, TVs etc. It kept eating more and more. I think at some point she went to the dump to get it food because it was basically ruining her house with its hunger. I don’t recall how they managed to defeat it, but I think it was defeated at said dump. IIRC, the Alien kind of reminded me of Alf in appearance, though I don’t think it could talk. It wasn’t presented as a deliberate menace or antagonist, so much as a creature with an insatiable hunger that just happened to cause trouble.

It was family friendly, we saw it on one of the last days of class at school. It was presented in a sort of “stories of the weird” format, sort of like those pulp magazines like Weird Tales – or like a child-friendly Twilight Zone. It was unclear if it was part of a series or not, but I suspected it was at the time. There may or may not have been a fake “totally not trying to be Rod Sterling” host, I can’t really remember. I don’t think it was longer than 30-45 minutes at most.

Any ideas whatsoever as to what it could be? It’s a longshot, but I’ve seen stranger movie IDs on the dope.

I’m also fairly sure it’s not this movie: 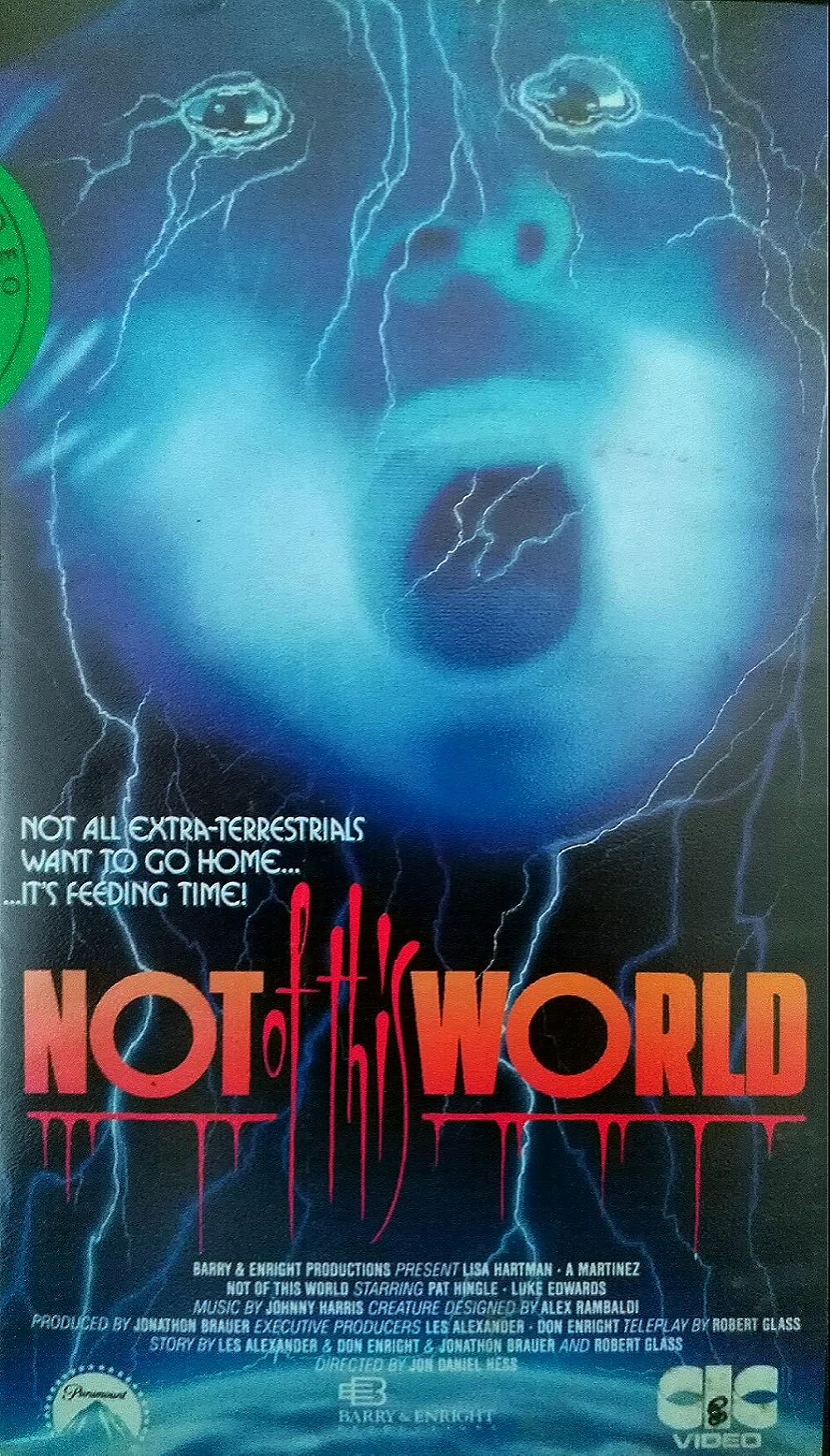 Not of This World: Directed by Jon Hess. With Lisa Hartman, A Martinez, Pat Hingle, Luke Edwards. An alien life form lands on earth and begins to feed off electricity, making it grow to enormous size. The authorities must stop it as it slithers...

Though I guess it could be.

Im pretty sure what you’re describing is the episode “The Greibble” from the TV show Steven Spielberg’s Amazing Stories. http://www.imdb.com/title/tt0511122/

I’ve searched forever and I could never find it, you get it in under an hour. Bravo, and thanks.