Can anyone identify this small bug (beetle?)

Very small. Appears to be brown but in some lights it also can look black. Has 6 legs plus 2 antennae. My wife said she saw one fly once. It mostly appears in bathrooms on tile floors and on hard counters. I have not found one in the kitchen. I have dug through all makeup containers and all food containers holding cereal, grains, etc. Cannot find a colony of these darn things. I kill 20+ per day so they are living somewhere. They are definitely most prevalent in our master bathroom but again I can’t find a source. They are simply 5 of them randomly spread out every time I go in there. I am in Minnesota. 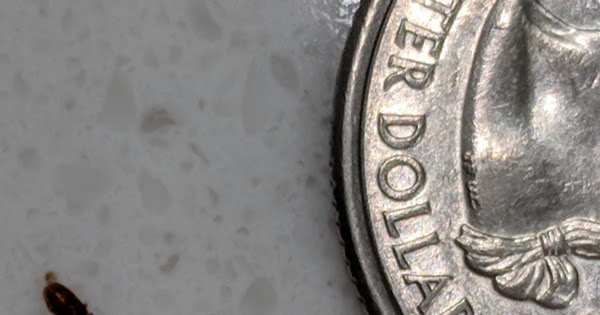 Some kind of flour beetle, I would guess. From here https://bugguide.net/node/view/89680 I googled the proper names and got this page https://en.wikipedia.org/wiki/Destructive_flour_beetle

If you want an expert answer to this question, here is a page of info about how to get insects identified in Minnesota (which seems to be where you’re located).

Yeah, I had found the same flour beetle but can’t find any of them in our flour. Also, they infest bathrooms the most (master is 70% of this). I found one beetle that infests makeup products which seemed a match until none turned up in my wife’s makeup.

I filled out the form for that other site. Thanks for that.

My first thought, the way you described them, was a flour weevil, and they do look like some of the pictures I’ve found, though yours are darker. The shape and size is on the nose, though.

We had an infestation of grain weevils a while back, which are easier to identify because of their long black proboscis. They were attracted to a bin of birdseed that we had. Anything like that lurking around?