Can anyone identify this WWII-era cartoon short (unboxed spoilers)?

The cartoon in question was a one-off short that I’m pretty sure was made by Warners Bros. and given the subject matter, it had to have been made between 1941-1945. I only ever saw it once on TV, sometime in the '60s (for about 10 minutes, he he), but it (seriously) has haunted me for more than 30 years since. For something that was supposed to be comedic, it was one of the saddest films I’ve ever seen.

The plot concerns a male dog who one day sees an iron statue of a female dog and, er, falls in love with it. Eventually the statue is carted off as part of a scrap drive and the lovelorn pup follows it to a factory where it is melted down into an artillery shell casing. The dog ends up in a warehouse full of shells and, somehow thinking that his love is actually inside one of the them, starts tapping on them with a hammer, until one eventually blows up in his face and the cartoon ends. Pretty strong stuff for a kiddie cartoon, both for its theme of unrequited love and its (to me) clear allusions to the pointless destruction of war.

I’m pretty sure I didn’t just imagine all of this, so if anyone can point me to the title and director, I’ll be eternally grateful.

Yes! I’ve seen this one, and I’m sure it was made by Warner Brothers. I remember, it had Beethoven’s Fifth Symphony playing in the background when the dog’s running through the munitions factory. The dog named the statue “Daisy” or something. Dang it, I have it on video somewhere and I don’t know where it is.

Well, now you know you’re not making this up.

Bless you. Man. I love this place.

Based on the title, I found a link, in case anyone’s interested (seems I misrememberd the plot a bit, but not by much): 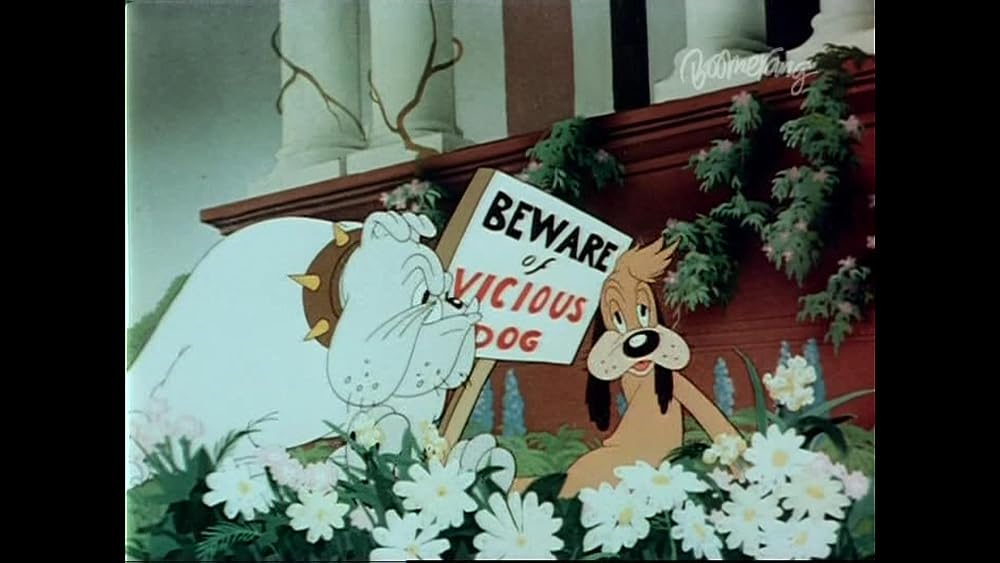