I’m pretty sure I posted something about this before, yet I am unsure. So here goes. Sorry ahead of time for the long background on this.

I had a blowout almost a year ago and had to get a new tire, so I replaced them all.
The tire burst (like a 6 inch rip, they weren’t even overinflated, just old) with such force that it cracked the plastic in the wheel well.
For almost a year I have been dealing with this rhythmic thumping noise that I can only hear after 15-20MPH
The noise started occurring after this whole incident/new tires.
I checked with the tire shop, they took them all off, checked em out, put them back on, torqued them right and all. Still there. I go to my mechanic, everything is fine, CV, Bearing, Control arms etc, absolutely nothing out of order. Noise persists. I have been driving with it for close to a year and just tuned it out. Lately it’s just been annoying me.
I think its because the plastic cover under the front driver wheel well blew out when that tire went and its air causing something to flap around. It gets louder the more humid it is out too. I have ruled everything else out, even tire inflation, rotation, the actual tires are great, so are the wheels, no out of round or anything ,the noise still comes from the front driver wheel well. I have no idea what it is since everything else is fine. My gut tells me its air flapping something out reach (part of the remaining plastic. Anyone here care to speculate or figure this one out? Also, the main question, what is the EXACT name or commonly used term for a wheel well cover. Splash guard? Well guard? For some reason I’m having a difficult time finding them, I figure I am searching for the wrong thing. Thanks!

I’ve put on 4,000 miles with this noise, now that I have free time, I want to fix whatever it is.

Put some heavy duty tape over the crack and see if that changes the noise when you are driving.

I once had something similar. The large plastic piece that goes under the engine (Skid plate) was hanging and would flap and thump at higher speeds. I wound up crawling underneath, drilling some holes, and using zip ties to hold it in place. This worked great for a couple years till I was parked in a field of tall grass for an event. Driving through the grass tugged on the plate enough that it broke more of the mounts and ties. Since I was far from home, I had to tear the whole plate off at a gas station in rural Ohio.

Telling us the year make and model of the car does help us narrow down the problem.

I might guess that the blowout loosened yours and it’s making your bothersome noise but I’d be surprised that your mechanic couldn’t find it when he checked all the other stuff. You can check and see if it’s loose. It should be screwed in pretty securely. If any of the screws are missing or the plastic around the screw heads are broken, it might flap when you’re driving.

For many cars, a new one costs about $30. They might cost a few dollars at a junkyard.

I think its because the plastic cover under the front driver wheel well blew out when that tire went and its air causing something to flap around.

Just addressing this part of your post. Is there still a plastic inner wheel well in place or is it now missing? Because if that area hasn’t been repaired/replaced you may keep looking and never find a mechanical cause. There isn’t anything flapping around.

It could be the same type of annoying harmonic noise that some cars have when some of the windows are down. Just the wind as it relates to the aerodynamics of the car and not a damaged part to fix at all. Sometimes called the helicopter effect. I think it has been discussed on here before, but I couldn’t find it easily, so here are some other links.

Why Do Slightly Opened Car Windows Make That Awful Sound?

Have you ever been driving around and decided to let just a bit of that sweet outside air in? Maybe you just want to smell the pine trees, or maybe you're trying to clandestinely vent out a stealthy fart. You have your reasons. But as soon as you get...

Weird sound when windows are rolled down

I just bought a new 2010 Camry last July. Yesterday, when I was driving down the hwy with my back windows rolled down, I noticed a sound that goes ba-ba-ba-ba- really fast. The sound got louder as I drove faster to the point where it was absolutely... 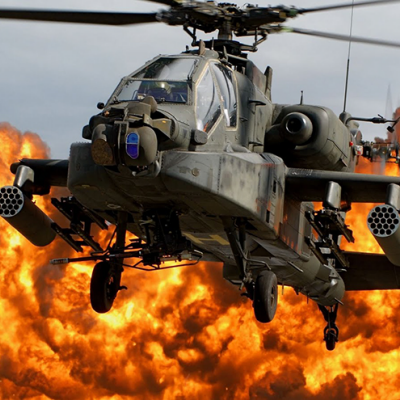 Another Auto Design Fail: The Helicopter Effect, a.k.a. 'Side Window...

Earlier I griped about how the act of getting in and out of a car, a very basic automobile experience, is often neglected by designers. With the exception of the Tanto we looked at, there aren't many examples that demonstrate designers are really...

The large plastic piece that goes under the engine (Skid plate) was hanging and would flap and thump at higher speeds.

More than likely that was an air deflector and not a skid plate. Skid plates are usually metal. Obviously I don’t know what type of vehicle you have but skid plates are normally found on pickups and SUV’s.

jnglmassivI looked under the car and there seems to be a busted bolt that was holding a plastic plate on the right side, but that doesn’t seem to be where the noise is coming from. I am prepared to try gorilla tape and zip ties to see if it fixes it temporarily. But I want to rule out everything else so I have a plan of action/ a set of things to try before I jack up the car, take the wheel off and start messing around, don’t want to have to do it again, lol.
**
Dallas Jones**, thanks for the links, good reads anyhow, but I’ve tried keeping them closed, open, etc… and its not it.

Also, thanks Tired and Cranky, Had no idea what search terms to look for, I found some cheap ones online, it’ll be much easier than the junkyard hit and miss. If it turns out to be the issue (if tape successfully muffles the sound) I will be ordering! Thanks!

Still driving me crazy, found a bump stop that came loose on a strut, replaced it, noise still there… nobody can figure this out. Any thoughts? I just went to another mechanic and they have no idea either. Thanks

Lets get more into the noise itself. Is it one thump per revolution of the tire?? Is it bump related? Does it make any noise in reverse?

Yep, each revolution. It keeps up with speed but I can only hear it after going 15MPH over, cannot hear it in reverse.

Have you already rotated tires and wheels?

Check and see if a wheel weight could be touching something as it goes around?

Jack the wheel off the ground and spin by hand. Easy to make it go 15+ MPH.
Might feel, hear, see what is going on.

Used to be an balance machine that had an electric motor the mechanic used to spin the wheel and a strobe light to flash so he could see the spot that was causing the hop. That will spin the wheel plenty fast but finding someone with that old set up might be hard.

Easy/quick to just jack the wheel free of the ground and spin by hand. If no noise, then probably air speed across or through something is the problem. Maybe not from the wheel well at all, just sounds like it is from the driving position. That will make it harder to find IMO.

I would get the front end up on jackstands and run it up to speed. Not really dangerous if you know what you are doing. If you hear something but can’t identify it, you could get it up on a rack and do the same thing where you could stand below for a better view.

I would get the front end up on jackstands and run it up to speed. Not really dangerous if you know what you are doing. If you hear something but can’t identify it, you could get it up on a rack and do the same thing where you could stand below for a better view.

That is always a good starting point but the wheel doesn’t always act the same without weight on it.

I would bring it over to a smog shop and have them put it on their dyno.