I’ve just read the headlines, and I honestly don’t know the details, but I gather that China has pivoted away from zero-covid rather sharply, and they everyone is expecting a covid surge in response. And I’ve heard that in China, they started out not vaccinating the very oldest, due to an abundance of caution, and that habit has unfortunately stuck, and they have a relatively low vaccination rate among the elderly. So a lot of deaths are expected, too.

This is a thread to talk about all that. I’m interested in:

What changes have they actually made.
Are Chinese still masking? By requirement? By choice?
Any news on how many people are getting it? Hospitalized? Dying? I know that Chinese statistics are rather opaque.
How do Chinese people feel about all this. Obviously, with more than a billion people, there will be an abundance of opinions. But there are likely a few mainstream perspectives that people who live there or have friends there might be familiar with.

Literally everyone I know in China has had it in the last three weeks, except two elderly people who have had zero contact with anyone in that time. Of the ~20 people who gave it none of them is anything like an asymptomatic or very mild case as we would define it here. Even teenagers and young adults gave been pretty sick for many days and most of them have body aches and fatigue after more than two weeks.

Here’s a gift link from the NY Times on this subject: 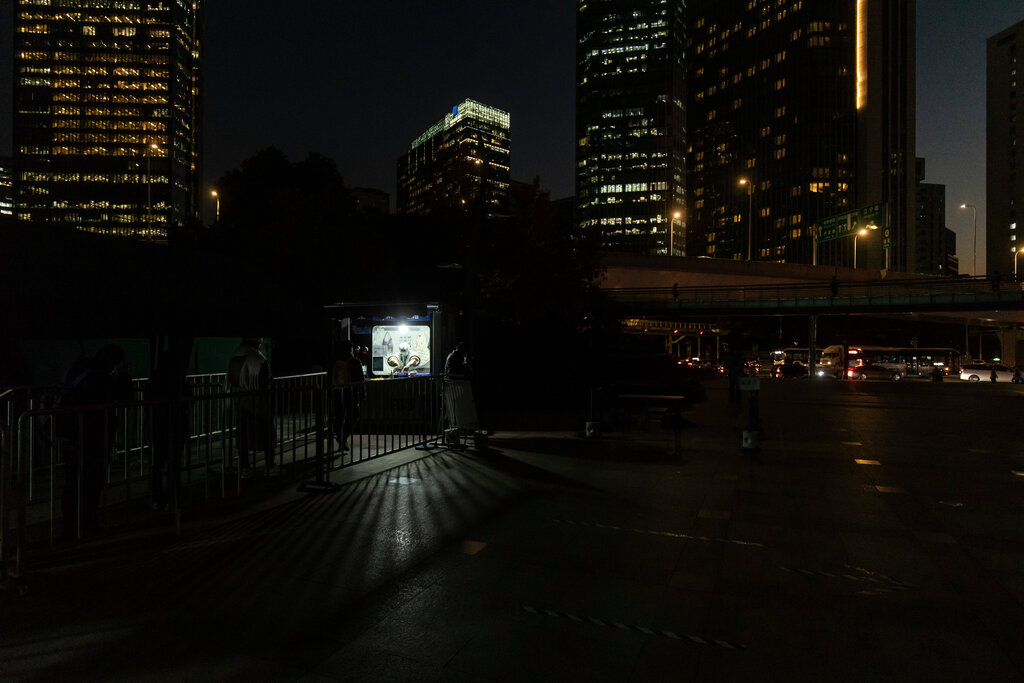 From Zero Covid to No Plan: Behind China’s Pandemic U-Turn

After micromanaging the coronavirus strategy for nearly three years, the country’s leader, Xi Jinping, has suddenly left the populace to improvise.

China have wasted time and money in trying to delay the inevitable. The inevitable that has been obvious for a couple of years now.

They imposed hugely oppressive restrictions on their population and have maintained them far past the point that other nations deemed reasonable.

Of course China is an autocracy, such draconian restrictions are par for the course but even a population used to such measures have their breaking point.

You could argue that such measures were needed because it then gave China time to vaccinate the vulnerable population with proven vaccines of known efficacy. They haven’t done that. The elderly are not vaccinated enough and those that are have received a vaccine that is less effective than the western versions that China refuses to buy.

So they are now in a tight spot. With a varient more easily spread among a population that has little natural immunity and little acquired immunity conferred by a poor vaccine. No doubt it’ll rip through the population, killing many and disabling more though, as is so often the case with authoritarian regimes, we are unlikely to know the true severity of the situation.

I just received this in the Nature Briefing. Some scary scenarios could unfold.

Haven’t well over 1 million people been killed in the USA alone, a country with one third as many people?

The jury is still out on whether delaying the inevitable might have saved several million lives, as the currently prevalent variants seem to be less deadly, even if more infectious.

And China has vaccinated most of their population. And there are much better antivirals than when the west was pretending the virus isn’t airborn.

No, their vaccine may not be as good as some of the others. And yes, the vaccine uptake among the elderly is lower than one would hope. But they aren’t going to lose nearly as many 50 year olds, proportionally as the US did. Probably not as many 70 year olds, either.

A big difference is that the predominant strain there is Omicron, which isn’t as lethal as rhe original virus that hit the west.

omicron has gone viral. Anecdotal evidence from friends and family is that everyone is getting it.

In the big cities, most people and the elderly are “fully” vaccinated. The Chinese vaccine isn’t world class, but it seems to keep people out of the hospital. It’s the countryside and peasants that are deeply suspicious of vaccines and maybe got the first dose.

Then again, a cynic might say that this is the solution to China’s horrendous aging population.

Then again, a cynic might say that this is the solution to China’s horrendous aging population.

Disgusting thing to say, even fobbing the responsibility off on “a cynic”

Calling out the elephant in the room. Disgusting maybe, cynical certainly, realistic calculation by the Chinese leadership is probably.

I lived in China for 20 years, am married to a Chinese passport holder, my kids were all borne in China. You say “disgusting”, I say “real politic”. YMMV

I saw a story this morning about this situation. They showed video of bodies starting to pile up a bit in the hospital hallways.

But the story really was more focused on how this is going to affect the US with regards to supply chain issues and the economy, again. The shortage of ibuprofen is just the first sign of things to come, I gather.

According to reports, there have been en estimated 250 million new infections in China in the past 3 weeks.

What I don’t understand is why China couldn’t produce a competent vaccine in 2 years. They had all that time, the country’s pharmaceutical ability isn’t that bad (smaller nations have produced good vaxxes) and what was Zero Covid for if not to buy them time to get everyone vaccinated multiple times?

Some if the other vaccines may be better, but China did produce a competent vaccine, and got it to market very quickly.

Is there a strict mask mandate for public spaces? Surely it would at least help…