I saw it this evening in one of our local theaters with about 6 other patrons all socially distant. Great Nolan flick, well thought out, fast paced, attention required. John David Washington will become a big star after this movie. It was similar to Inception in pacing and plot twists.

Great opening for the return to theaters.

That’s good to hear. I’m not going anywhere near a movie theater for the foreseeable future, but will definitely watch it when it comes to, err, not theaters. I always have polarizing reactions to Nolan movies. Loved Memento, Prestige, Dark Knight, and Inception, but HAAAAATED Dark Knight Rises and Interstellar.

And he needs a better audio mixer.

I’ve heard great things about Tenet in general, so definitely looking forward to it.

I’m really looking forward to seeing it as well but I am also unsure about going to a movie theater at this time.

It’s definitely one that I will want to watch at least a couple more times, to catch the little things that I missed the first time.

John David Washington will become a big star after this movie.

He’s quite good in Ballers. I admit I only recently learned who his dad is, but it’s not really relevant - he does just fine.

Washington’s other notable role was the lead in the Black Klansman.

Saw it myself a few hours ago in a theater full of exactly me and no one else. I’m a pretty big Nolan fan and was not surprised at how much I enjoyed it. But it practically demands multiple viewings; and if you can bring along, say, a talented court reporter to take copious cross-referenced notes, so much the better.

The movie title is a palindrome. And will make more sense when you see the movie.

Saw it with my son last night at the drive-in! A great experience.

He was seeing it for the second time and said he got way more out of it on a second viewing. As you say - it’s pretty relentless action and very fast pacing, with lots going on to follow on the screen (too much happening to follow in a single viewing IMHO).

I really enjoyed it and I’ll watch at least a couple more times. But as my you and son said, you definitely need to pay attention and stay focused for the entire film.

I expect I’ll see it… and then see it again.

Yeah, want to see this, but not in the theater, which is too bad, because I’m sure this movie merits it.

I likely won’t to to the movies until there’s a vaccine or I (hopefully) recover from a covid bout.

Good and completely spoiler filled explanation of the movie - maybe read it after you’ve seen it once (or twice).

All Your Tenet Questions, Answered

We traveled to a distant future where we understand Tenet in order to bring you back this explanation.

Is the sound mix the typical Nolan mix (review of Dunkirk - “I was at Dunkirk, and the movie was louder.”)?

Several reviews have already criticized the sound mix. Hope it’s fixed by the time I see it (probably at home).

This is by design.

Here’s a joke that you won’t get until you see the movie… best golden shower scene!

I don’t know what to describe this other fact, it’s not a spoiler, it’s almost an Easter egg, it’s something not really plot relevant but pops up in the movie several times… familiarize yourself with the Sator Square.

Several reviews have already criticized the sound mix. Hope it’s fixed by the time I see it (probably at home).

It won’t be. He does this shit on purpose and nobody seems willing to stop him. Oh well. I’ll wait for the blu-ray and manually adjust the mix so I can actually understand it.

I’ll wait for the blu-ray and manually adjust the mix so I can actually understand it.

How does one do this?

So, I saw the movie in a theater last night. For the record, I felt very safe. The theater, on a Friday at 8:30 before Labor Day, was basically deserted. We bought our tickets online and didn’t visit the sole box office worker. There was a single masked and gloved ticket taker who scanned my phone from 8 feet away…the only interaction that wasn’t behind a plastic screen. There was a single person selling concessions. No food was ordered, though I’d have killed for a hot pretzel with cheese sauce, but I did get a fountain pop. The worker behind a near full screen passed the empty cup and lid through a small hole at the bottom and I paid with touchless Apple Pay. I filled my drink from the new Pespi Spire, which surpassingly replaces the Coke Freestyle, and took our seats. We spread on the hand sanitizer and kept our masks on the whole time. We were alone in our row, and there were maybe 10 other people in the large theater all spaced out with 2 rows and 3 seats in between each group at minimum. All in all, I felt safer than I would have in about any other indoor setting due to the large open space, very low attendance and negligible interaction with other people. Way safer than picking up food inside a fast food joint for example.

On to the movie, I’m not going to give a spoiler filled review partly because a lot of people will be slow to see this movie and partly because I have no idea what was going on. Reading this article gave me more understanding of what was supposedly happening than the 2:30 of runtime did. If you’re into spoilers it’s a good place to start. A similar summary was posted upthread. 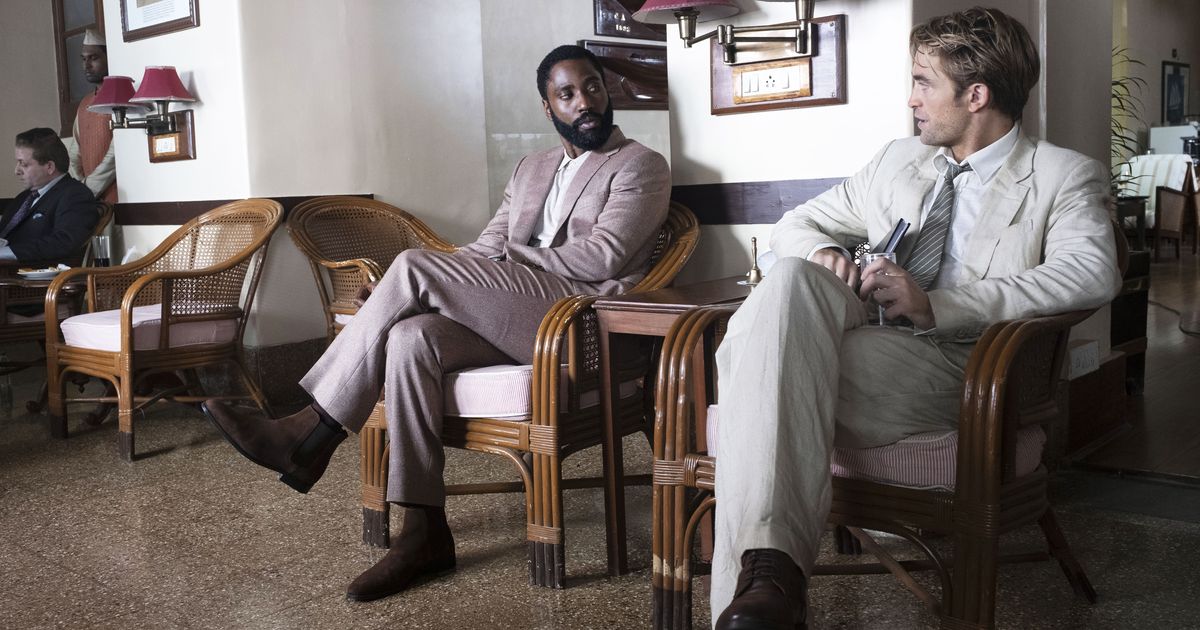 A Beat-by-Beat Explanation of What Happens in Tenet

Turns out the plot of Christopher Nolan’s new movie is also a mystery to people who have seen it.

What did I think? Honestly, my first impression is that it sucked. It’s a confusing nonsensical mess. And it’s poorly made to boot, relatively speaking.

I really really like Christopher Nolan movies and he’s the only director going right now who could get me out of the house and into a theater in this pandemic. I LOVE The Dark Knight and really liked Inception and Interstellar. Memento was amazing. Dunkirk is one of the best war movies I’ve seen in years. While I do have quibbles with some of the logic in the finales of both Inception and Interstellar, and time-travel/time-dilation storylines always tend to be problematic by their nature, all in all I found them engrossing and very enjoyable with great characters, acting and plot pacing. I say this to try to prove that I am not a Nolan-hater, I’m not even a critic, I’m a stan.

With that in mind, after one viewing, my initial impression is that this movie isn’t just confusing, it’s bad. I will certainly give it another chance post-pandemic or in-home, whichever comes first. Nolan has earned that, but my experience was not an enjoyable one. Here’s the issues:

So, without breaking down the plot itself and without the benefit of multiple viewings to determine if maybe things just went over my head, that’s my take. Save your money and stay socially distant, wait for it to come to cable or streaming, turn on subtitles and see if you can find the story in this mess.

How does one do this?

My Blu-ray player has a menu option that allows me to adjust the audio channels individually. Increasing the center channel (where the dialogue usually is) and turning down the side channels makes Nolan movies a lot more bearable, IME.