I don’t think anyone has posted this?

A few days ago, witnesses in Niagara, NY, saw a black sedan floating down the Niagara river towards the fall; it got hung up on something about 50 metres from the edge of the falls.

And there was a driver inside it.

Cue the US Coast Guard. A helicopter came, hovered over the car, and a Coast guard rappelled down to the car. Once he got there, he went into the car, even though the current could have carried it loose at any moment, and pulled the driver out of the car and up to the helicopter.

Sadly, the driver was dead. Not clear yet if she had a medical seizure and that’s why the car went into the river somewhere, or if she died from the exposure.

There’s some amazing video of it.

Here’s an article with a video from the shore:

and here’s one taken looking down from the USCG helicopter: 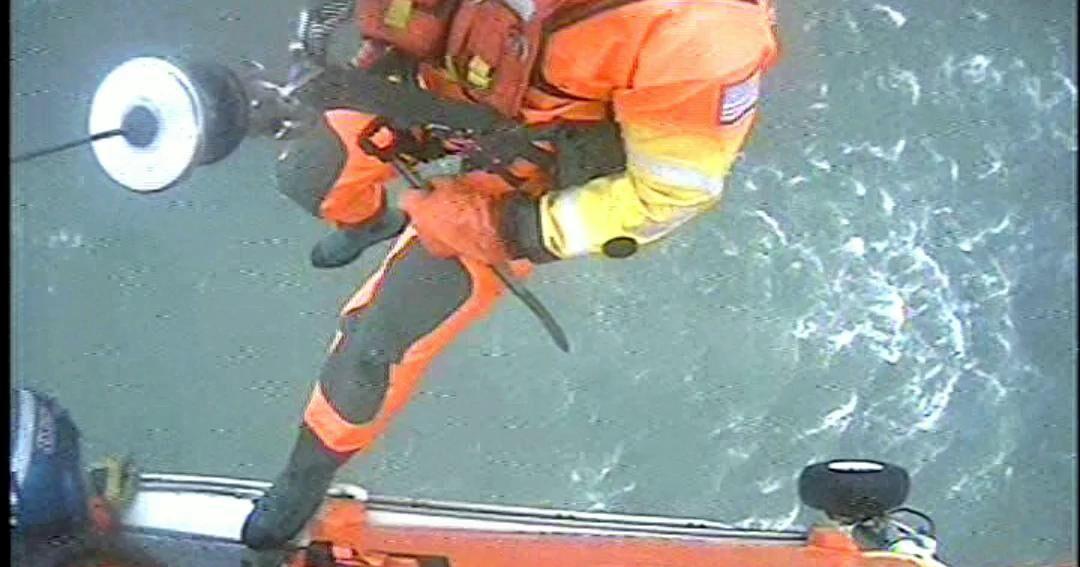 And a newspaper article with a quote that sums it up:

“I can’t imagine the guy, like, balls of steel, you know, going down in there,” said Justin Dritschel, a local, who saw the rescue attempt unfold.

Woman dead after daring rescue attempt from car spotted floating at edge of...

Wow, that’s some crazy footage, with the weather and the high winds making the rescue attempt even dicier. Like something out of a movie.

Reminded me, a guy from my state went over the falls in 2003, no protection whatsoever and not only lived, came away with just a few bruises. I just googled him to remind myself of the details and was surprised to find he tried it again in 2017, this time inside a 10’ diameter inflatable ball, but his luck ran out and he died. I hadn’t heard about his second attempt. It’s a real crapshoot going over the falls- some have tried it using pretty sophisticated protective devices and died, and others have gone over in a barrel, or like this guy nothing at all on his first attempt, and lived.

Incredible work by the Coast Guard.

I wonder if this was a suicide. While successful, not quite what she wanted.

Authorities believe the New York woman who died after her car plunged into the Niagara River drove into the frigid waterway on purpose.

In a statement to PEOPLE, Detective-Sergeant Brian Nisbet with the New York State Park Police says information thus far has indicated that the woman “deliberately and intentionally drove her car into the upper Niagara River and the rapids” on Wednesday. The woman's vehicle was found on the rocks Wednesday, approximately 75 yards above the brink of Niagara Falls

And this is why I get a bit of a bee in the bonnet that the Coast Guard doesn’t get the respect it deserves, when Americans talk about the military; it feels like “Army, Navy, Air Force, Marines. Oh, yeah, and the Coast Guard.” But the Coasties are the ones who arrest drug runners in the Caribbean, rappel down to foundering ships to save sailors, and pull people off roofs during floods. There’s a bar off the coast of Oregon, where the Columbia River flows into the Pacific, which produces currents so wicked that ships give it a wide berth, and even the Navy approaches with caution. The Coast Guard trains in it.

Just because they’re not attacking Taliban villages in Afghanistan, or assaulting ISIS caravans in Iraq, doesn’t mean the Coasties aren’t stone-cold badasses. My cite? The video above.

What you said Slow_Moving. I have a nephew in-law that was a commander of a coast guard vessel off the coast of Alaska. That had to be some serious shit.

A couple of years ago I got to meet the pilot of the Dolphin helicopter that rescued the crew of another helicopter that crashed while performing a rescue. He was cajoled into telling the story by a mutual friend. There is a book, On the Edge of Survival, that chronicles the whole thing. Well worth the read. Simply amazing stuff. I can’t believe that there hasn’t been a movie about it.

We have an Coast Guard Air Station nearby and just had crews practicing rescues from roof tops at work (police/fire academy) last week. Winds were probably 15 or so and gusty and they were hovering maybe 30-40’ above the roof. It was still fairly impressive the way they got the line to the “victim” . Now, multiply the wind by 4 or 5, add 150’ to the altitude and add snow and waves breaking over the deck of the wrecked and grounded ship. Not to mention taking off from the deck of their own ship in monstrous seas. These guys are called heroes for legitimate reasons.

Here’s an article with a video from the shore

Gotta love the dude in that video who walks in front of the camera about halfway through. “Yeah, this is kinda interesting, but I need a refill on my coffee here…”

What deeply impresses me is in the Buffalo News footage looking down from the helicopter – the rescuer’s calm deliberation before descending. Checking the helmet, the straps, the cable, etc. in a very careful way, while all along there must be a voice inside screaming HURRY. Nope, can’t hurry when you’re about to jump out of a helicopter, can you? This is a weakness of mine – I tend to panic in urgent situations, and act impulsively. That Coast Guard person knew there’s no good in getting themselves killed, no matter how urgent the emergency.

And this is why I get a bit of a bee in the bonnet that the Coast Guard doesn’t get the respect it deserves, when Americans talk about the military; it feels like “Army, Navy, Air Force, Marines. Oh, yeah, and the Coast Guard.”

Speaking as the daughter of a WWII Merchant Marine vet, i.e., a member of the service with far and away the highest wartime casualty rates, I hear you.