It’s funny that you can replace cop with pedophile in that sentence, and certain people would completely change their tunes. Especially since it’s literally the case that this fuck is a pedophile cop.

They knew for twenty five years that this cop was a child-raping pedophile, and he kept his job because the union threatened to file a grievance. Any other group pulling this would be labeled as an organized crime ring. Fucking fucks, the lot of them.

I hope you know I was being sarcastic there.

Fuck them all, the fucks.

Rose was allowed to remain on the force for years despite sufficient evidence found by internal investigators supporting allegations that he sexually assaulted a minor, [according to documents released by the city last year.]

The internal affairs file was ordered released by acting Mayor Kim Janey after The Boston Globe reported that Rose had been able to keep his badge despite a criminal complaint in 1995 for sexual assault on a 12-year-old child.

The criminal complaint was eventually dropped, but the department’s Internal Affairs Division concluded there was enough evidence to support the allegations, according to the documents. Then-Boston Police Commissioner Paul F. Evans was notified in a June 1996 memo of the results of the probe.

Rose had been relieved of his weapon and placed on administrative duty, but was returned to full duty after an attorney for the Boston Police Patrolmen’s Association wrote to the commissioner in October 1997 and threatened to file a grievance, according to the documents.

Fuck them all, the fucks.

The internal affairs file was ordered released by acting Mayor Kim Janey after The Boston Globe reported that Rose had been able to keep his badge despite a criminal complaint in 1995 for sexual assault on a 12-year-old child.

The criminal complaint was eventually dropped, but the department’s Internal Affairs Division concluded there was enough evidence to support the allegations,

Not to be cynical or anything, but I have to ask, why was it dropped? I mean, given how we have seen so many police agencies all “Nice house you have there, it would be a shame if anything happened to it”, one kind of has to be a little suspicious – oh, wait, suspicion is their job, we are not supposed to horn in on their action.

(And, it sounds like there has been enough fucking going on without you adding to it.)

Oh, I know. Just had to point out the hypocrisy among a certain segment of our population, who decry child molesters while supporting Matt Gaetz, Donald Trump, and the entire Kentucky Republican Party, to name a very few. 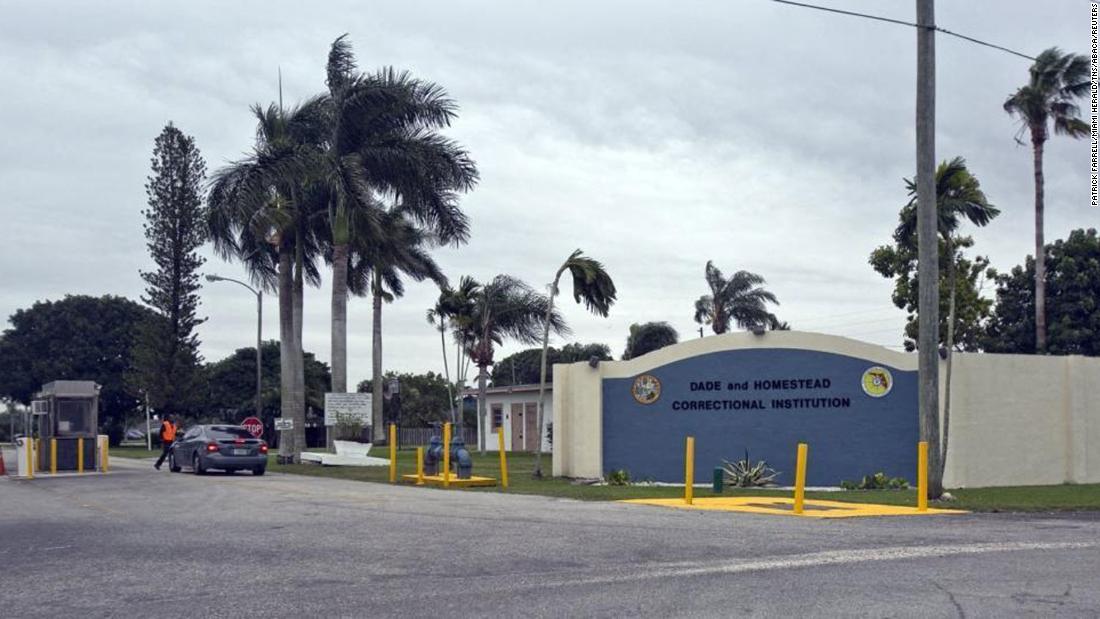 3 Florida corrections officers are charged in the alleged beating death of an...

Three Florida Department of Corrections officers have been arrested in the alleged beating death in February of an inmate at a prison south of Miami, authorities said.

The incident that led to Thursday’s arrests unfolded on the morning of February 14, when the inmate was scheduled to be transferred from the Dade Correctional Institution to another facility, the agency said. Before being taken from his cell in the mental health unit, he reportedly threw urine on an officer.

Corrections officers then put him in handcuffs and took him from his cell, the agency said. After that, “even though he was in handcuffs and compliant with officer commands, agents say the officers began to beat him,” it said.

If true, murder pure and simple.

They’ll plead ‘qualified immunity’ and win, because there isn’t currently a controlling case where a prisoner in custody in a mental health unit threw urine on an officer who was accompanied by two other officers, who possibly were not hit by the urine. How were they supposed to know that beating him to death was clearly prohibited, when no such exact thing had happened before in their state?

Dude shoplifted a pizza and some Pokemon cards and now he’s dead because the Kissimmee police apparently don’t know how to arrest someone, they just shoot the suspect. 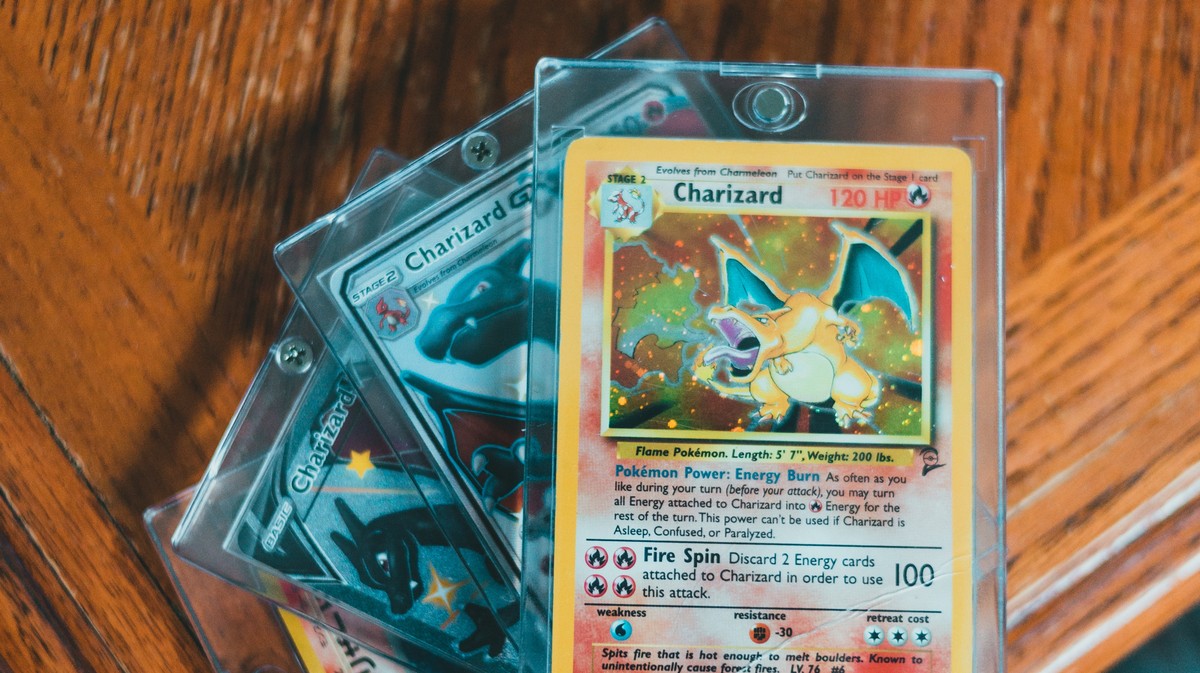 A man is dead and several are injured after police in Kissimmee, Florida attempted a “takedown” in a Target parking lot.

“I believe my deputies are justified in all their actions,” Osceola County Sheriff Marcos Lopez told local news outlet FOX 35. “I have the utmost – 200% trust – in everything they do based on their training and their experience. Things escalate. This is the real world.”

Must be that blue wall I’ve heard so much about.

Well what do expect to happen when you draw the Pokemon death card?

I have a correction, btw. After reading the article in the Orlando Sentinel, it turns out the person who died was an innocent bystander. The two shoplifters are (or were) in the hospital

Another pet peeve of mine was on display in this video: when an officer approaches a white suspect, 90% of the time they refer to him as “sir”. Nearly every video I see where they approach a black suspect (or “suspect” in this case), they call him “boss” or “my man” or similar. In and of itself, the terms are not offensive. But when you compare the two, it’s pretty condescending.

First off, it is safe to assume the obvious – Georgia, after all. Summary:

Man goes to reclaim his gun from being held in Evidence. They check him and discover an outstanding misdemeanor warrant, so naturally he gets transported to a different location and dragged through the system. In the intervening hours, his 8-mo/old daughter out in te car suffers heatstroke and does not survive. Man is thus charged with murder.

Police claim they have video that shows that he never mentioned she was out in the car. Seven full hours of video that clearly shows this. Forgive me for being a tad skeptical (though, it is the police, so we are supposed to trust them, because they are so very honest all the time).

Police claim they have video that shows that he never mentioned she was out in the car. Seven full hours of video that clearly shows this.

People sometimes forget about their kids in the car when they go to work. That someone who was thrown into a completely unexpected situation would forget is not all that surprising.

That said, he shouldn’t have left her in the car to reclaim his gun in the first place. He may have been held up in line long enough to do her damage, even without the extra shenanigans.

This almost qualifies as stupid gun news. The daughter wasn’t killed directly by a gun, but instead by a parent’s concern for their gun overriding their care of their child.

I would like to think that, in unlikely event I ended up in that situation, every other word out of my mouth would be about the safety of my child, and I wouldn’t shut up about it until I had assurances she was safe. (I have neither child nor gun, nor do I have any warrants out for my arrest, so obviously, I’m in a different position to make that judgement.)

Seven full hours of video that clearly shows this.

From the time Whatley arrived at the police department until he was turned over to the Gwinnett County jail — more than 40 minutes — he was recorded on police body camera and dashcam video, Manley said.

That’s 40 minutes: not seven hours. Where did you get the seven hours from?

Austin Hopp, the Loveland, Colorado police officer who went viral for assaulting Karen Garner, a 73 year old woman with dementia, under the cover of arresting her, has been sentenced to 5 years in prison as part of a plea deal.

So to recap, a 73 year old woman with dementia took $14 of items from a store without paying. Because the officer who responded could not handle that somebody who was confused was disrespecting him, the city of Loveland had to pay her $3 million, and the officer is now a convicted felon and will be spending the next 5 years in prison.

At some point the police may learn that anger management, de-escalation training, and a bit of compassion will protect the police, too.

Where did you get the seven hours from?

Nova sat in the car for seven hours before he was able to get someone to her, is the way I read the story. Police claim he never mentioned her. That is where I get 7 hours. Obviously, it would seem like 2 would be enough, as after that long there would be little hope.

Given the way courts regard police testimony, this guy will be going to prison unless he can come up with ironclad proof that they told him to FO and would not even go out to his car.

Nova sat in the car for seven hours before he was able to get someone to her, is the way I read the story.

…yes. It took seven hours before he was able to get someone to her. But that doesn’t mean there was seven full hours of video that clearly shows this. The article I provided said there was (currently) only 40 minutes of video available, including dashcam footage. Which leaves possibly over six hours where we don’t have any coverage.

Police claim he never mentioned her.

Since when did we start taking the police at their word about anything?

This almost qualifies as stupid gun news. The daughter wasn’t killed directly by a gun, but instead by a parent’s concern for their gun overriding their care of their child.

Yeah, there’s plenty of blame to go around here. For one, I highly doubt this would have happened to a white Georgian, the police department is undoubtedly full of shit, and charging the guy to deflect blame is very scummy. But second, what kind of moron is so concerned about their firearm that they leave their kid in a car to go get it? Sickening.

But second, what kind of moron is so concerned about their firearm that they leave their kid in a car to go get it?

[spoken from an NRA fever dream …]

Maybe precious eight-month old baby Nova had been threatening to “bust a cap in” her father’s ass.

Maybe dad was acting in self-defense.