Oh I get it. This fucking thing, which possibly could have been ended a year ago, now won’t because of these selfish, ignorant assholes.

Thank you. -takes a deep breath- I’m still really fucking pissed off, but am also remembering which thread we are in and that another person dying because they couldn’t get a hospital bed isn’t breaking news. 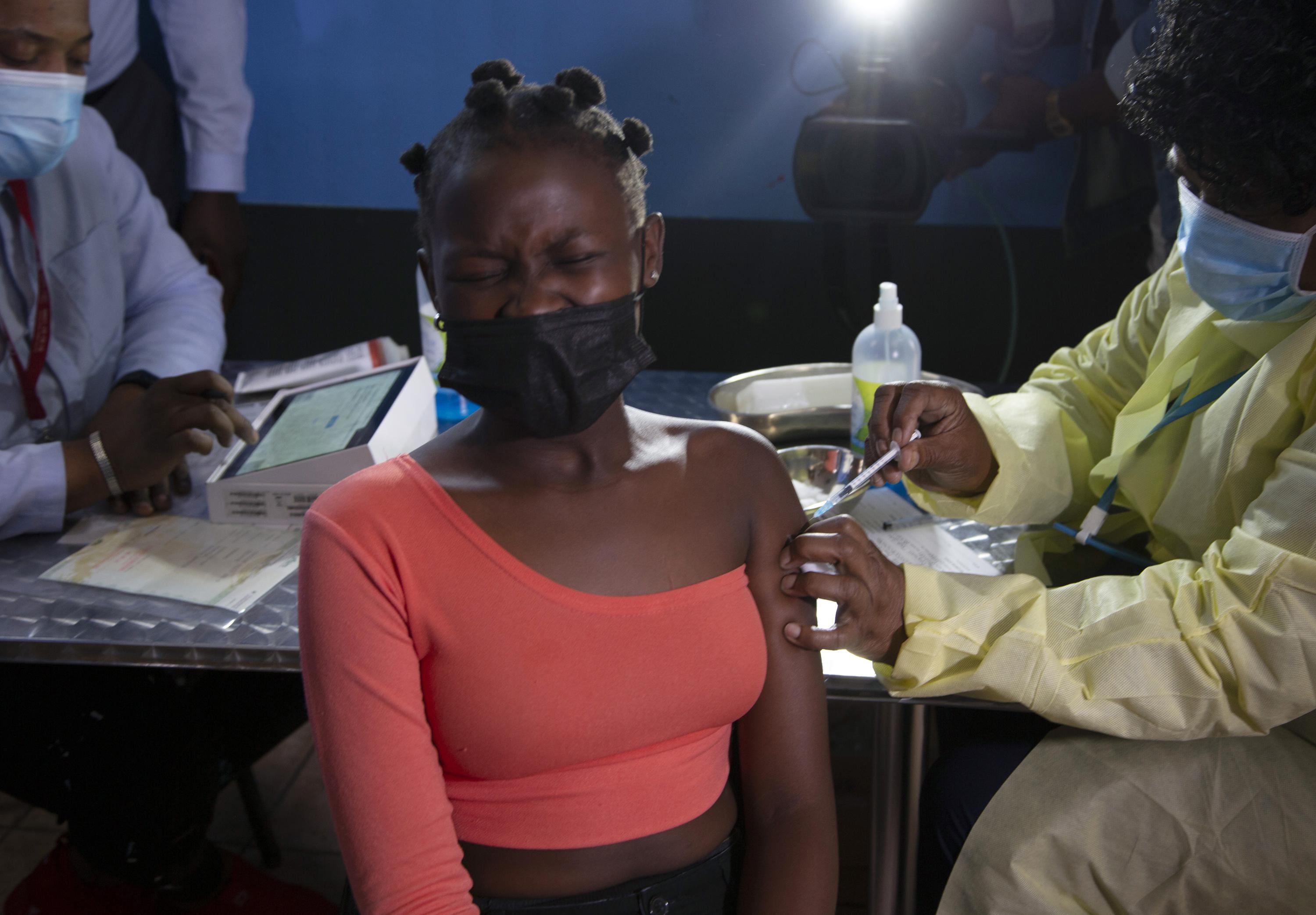 BRUSSELS (AP) — The European Union said Friday it is planning to stop air travel from southern Africa to counter the spread of a new COVID-19 variant as the 27-nation bloc is battling a massive spike in cases.

While it doesn’t really have more news, this BBC article gives a bit more context to what we know and don’t know:

New Covid variant: How worried should we be? - BBC News

The AP also just put up an “explainer” article: 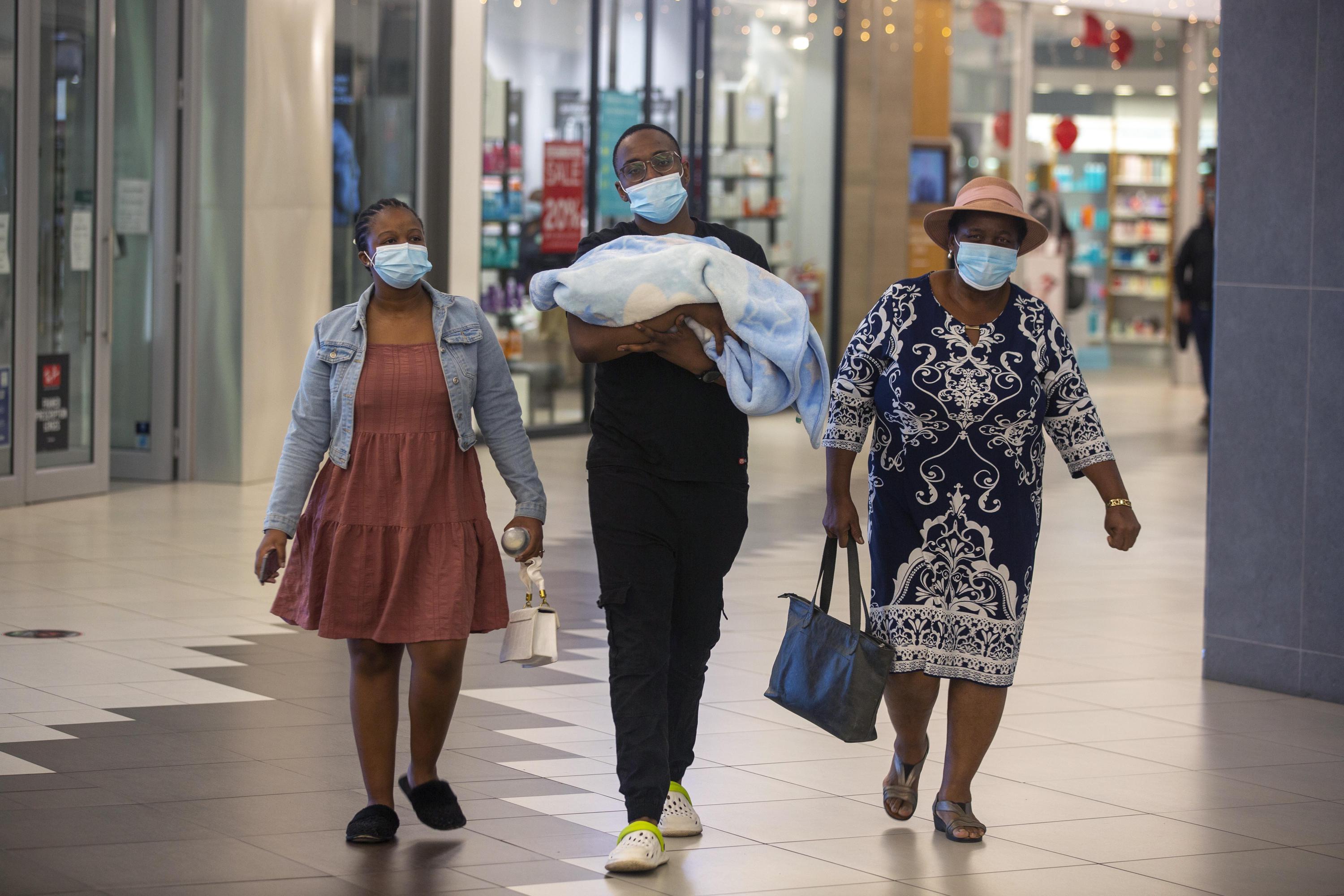 EXPLAINER: What is this new COVID variant in South Africa? | AP News

LONDON (AP) — WHAT IS THIS NEW COVID-19 VARIANT IN SOUTH AFRICA? South African scientists have identified a new version of the coronavirus this week that they say is behind a recent spike in COVID-19 infections in Gauteng, the country’s most populous...

I’m hopeful the vaccine makers will be cobbling together a version against this variant ASAP. They didn’t bother for Delta, because the initial Wuhan vaccine (boosted) works pretty well against it. And there’s always a regulatory hurdle to releasing something new. But they had started testing a beta variant until Delta made it obsolete, and my understanding is that it’s easy to swap in a new version with both the mRNA manufacturing and the modified adenovirus manufacturing. (So all four of the vaccines commonly used in the first world.)

And if you’d like an in-depth analysis of it, this epidemiologist on Stack Exchange brings the data. It doesn’t look good. This variant has 32 mutations in its spike proteins, some of which have increased transmissibility, one increases infectivity, and a few may help it evade antibodies.

I hope everyone in the States had a fantastic Thanksgiving (even if you’re a Dallas Cowboys football fan). I hate to ruin the holiday, but… We have a new variant. I’ve not seen this much anxiety ridden chatter among scientists about a COVID19 variant...

How long did it take Delta to spread pretty much everywhere from the time it was first observed? Months? Weeks?

Dunno. This one is already on community spread, if I understand the article correctly. It’s been identified in South Africa, Belgium, and Hong Kong already.

ETA: The good news is that she’s confident it’ll be very easy to modify the mRNA vaccines to counteract it.

7-8 months. It was first observed around this time last year. Became the dominant variant mid summer…

As for this new super scary Africanized variant. We deserve it. All vaccine hoarding, we were warned , that vaccine inequity will lead to new resistant variants. Did not listen. I include my own country as a perpetrator, we are vaccinating schoolkids, and offering people boosters of their choice. In Africa frontline health care workers haven’t had the shot.

And how exactly would it be an improvement over the current situation to have 5% of each country’s population vaccinated? Shipping, logistics, etc. TAKE TIME to work, and nothing can change that.

From the initial AP News article:

South Africa currently has about 16.5 million doses of vaccines, by Pfizer and Johnson & Johnson, in the country and is expecting delivery of about 2.5 million more in the next week, according to Nicholas Crisp, acting director-general of the national health department.

“We [South Africa] are getting in vaccines faster than we are using them at the moment,” said Crisp. “So for some time now, we have been deferring deliveries, not decreasing orders, but just deferring our deliveries so that we don’t accumulate and stockpile vaccines.”

Now, granted, a lot of this seems to be an inability get the shots into arms, per the previous paragraph:

About 41% of South Africa’s adults have been vaccinated and the number of shots being given per day is relatively low, at less than 130,000, significantly below the government’s target of 300,000 per day.

And supplies are definitely not enough:

South Africa, with a population of 60 million, has recorded more than 2.9 million COVID-19 cases including more than 89,000 deaths.

But it sure doesn’t seem like they’re currently able to have vaccinated people more quickly, even if they had the supply, as they can’t handle what they currently have. It sounds like what was needed was not merely increased supply, but better infrastructure to handle it.

Also, it makes perfect sense to vaccinate children when so many adults wouldn’t get vaccinated. Children spread the virus as much or more than adults, and tend to be in schools where they can spread the disease more easily. Barring mandates, you have to vaccinate as much of the willing population as you can.

I’m hopeful the vaccine makers will be cobbling together a version against this variant ASAP. They didn’t bother for Delta, because the initial Wuhan vaccine (boosted) works pretty well against it. And there’s always a regulatory hurdle to releasing something new. But they had started testing a beta variant until Delta made it obsolete, and my understanding is that it’s easy to swap in a new version with both the mRNA manufacturing and the modified adenovirus manufacturing. (So all four of the vaccines commonly used in the first world.)

Similarly the clinical package required to support such a change is very simple - based on immunogenicity studies rather than full trials of clinical efficacy.

This was all outlined by the FDA in February:

The EU position is, unsurprisingly, pretty much the same.

To summarize the latest:

Or,. to put it succinctly, there appears to be no end in sight.

A statement released by the WHO added that the new strain will be given the name Omicron.

“Based on the evidence presented indicative of a detrimental change in COVID-19 epidemiology, the TAG-VE [Technical Advisory Group on SARS-CoV-2 Virus Evolution] has advised WHO that this variant should be designated as a VOC [variant of concern], and the WHO has designated B.1.1.529 as a VOC, named Omicron,” the statement said.

The variant was first discovered by South African health authorities and has sparked a forceful reaction across the world with a number of countries banning travelers from several southern African countries.

Sigh. How many letters are there in the Greek alphabet…

I’m surprised this is omicron, I thought they’d already designated this as nu.

It could get all sorts of fun if it moves to numbers next.

Children spread the virus as much or more than adults

What age group are you talking about here? I thought it was still hypothesized, though unproven, that children - not adolescents, but children - were less likely to catch and spread than adults. It’s possible, of course, that that was disproven and I just missed the memo.

BioNtech is investigating the extent to which it might be vaccine resistant; we won’t know for up to two weeks. They are already discussing timeframes for development of a potential modified vaccine should that be necessary.

That quickly! Well, I guess that’s good, as far as it goes. And in other good news, the factories we’ve already built to make the vaccines for the Wuhan strain can be pretty easily turned to making Omicron vaccine. So if fiddling with the mRNA is needed, but works to give us an updated vaccine, supply will be available a whole lot faster than the first time around.

Sigh. I was just getting used to occasionally seeing friends in person and stuff.